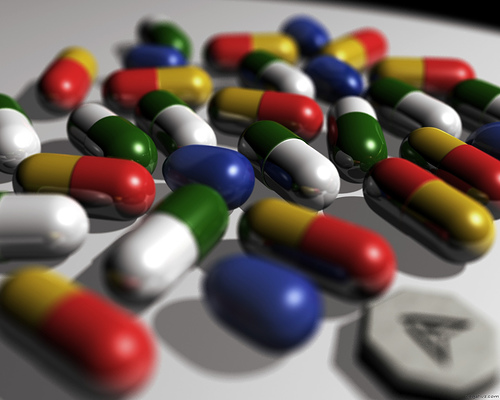 A new study finds that about three out of four older Americans have multiple chronic health conditions, and more than 20 percent of them are being treated with drugs that work against each other.  The study authors say that the problem is a result of a current approach in the United States of treating conditions one at a time rather than looking at the conditions together.

The new study, by researchers at the Yale University School of Medicine and Oregon State University, included over 5,000 older participants, 23 percent of whom, the researchers found, were taking at least one medication that could worsen a coexisting condition. A common issue, for example, is patients who have both coronary heart disease and chronic obstructive pulmonary disease, or COPD. Beta blockers are often prescribed to treat the heart disease, but those same drugs can cause airway resistance that worsens the COPD.

“Many physicians are aware of these concerns but there isn’t much information available on what to do about it,” says David Lee, Ph.D., an assistant professor in the Oregon State University/Oregon Health & Science University College of Pharmacy. “Drugs tend to focus on one disease at a time, and most physicians treat patients the same way,” Lee said.” As a result, added Lee, “right now we’re probably treating too many conditions with too many medications. There may be times it’s best to just focus on the most serious health problem, rather than use a drug to treat a different condition that could make the more serious health problem even worse.”

The study authors say that more research as well as awareness of the scope of the problem is needed. “There are several types of beta blocker that don’t cause this negative interaction, but many of the other types are still prescribed anyway,” Lee said.

In addition to the therapeutic competition, researchers noted other concerns with multiple medications including the potential for an increase in falls, delirium, dizziness, fatigue and anorexia.

The study was published in PLOS One and funded by the National Institutes of Health.