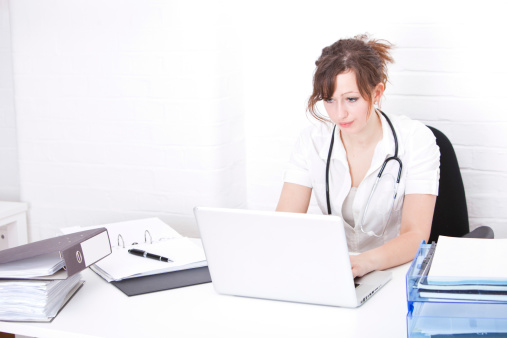 In the last year and a half, doctors in California have seen about twenty cases of what may be a new disease. Patients, usually children, quickly and permanently lose muscle function in an arm or leg, sometimes, but not always after having respiratory symptoms. According to a recent update by UCSF, although the newly identified illness shares some features with polio—which killed and disabled tens of thousands of people in the U.S. before a vaccine was developed in the 1950s –the new condition is not the same disease as polio.

UCSF researchers who will report on the disease at the American Academy of Neurology meeting next month say the cause of the disease is still unknown, but a strong possibility is that it is caused by a virus known as enterovirus-68, which was detected in two of five cases that the UCSF researchers will report on. A similar type of rare paralysis caused by a virus related to enterovirus-68 has been reported for many years in Asia and Australia. The researchers say the newly identified disease may also be an autoimmune disease.

The current illness is extremely rare, and does not represent an epidemic, according to the UCSF researchers. No clusters of cases have been reported and there don’t seem to be any connections among the children who have contracted the disease.

While the polio vaccine does not appear to protect against the newly identified disease, parents and doctors are being advised to give the vaccine to children to protect them against polio. UCSF and Stanford physicians are working with the California Department of Public Health to identify and track cases.

Keith Van Haren, M.D., a pediatric neurologist at Lucile Packard Children’s Hospital in Palo Alto and an instructor in neurology and neurological sciences at the Stanford School of Medicine who will be presenting data on five cases at the AAN conference says “we want to temper the concern, because, at the moment, [the newly identified disease] does not appear to represent a major epidemic but only a very rare phenomenon [and] we hope our efforts will help us develop prevention and treatment strategies in the future.

Adds Van Haren, “All children who show symptoms of paralysis should be seen immediately by a doctor.”

Recently, U.S. Senator Barbara Boxer (D-Calif) sent a letter to Tom Frieden, M.D., MPH, director of the Centers for Disease Control and Prevention, urging the center to undertake a geographic analysis of where the cases are occurring in California, and asked the agency to answer the following questions:

• What is the CDC doing to identify the cause of this disease?

• Could a virus, such as an enterovirus, be a cause of the disease?

• Could environmental factors and exposures be involved?

• Have you instituted national reporting of acute paralytic diseases? If not, why not?

So far, the CDC has not become involved in the investigations.