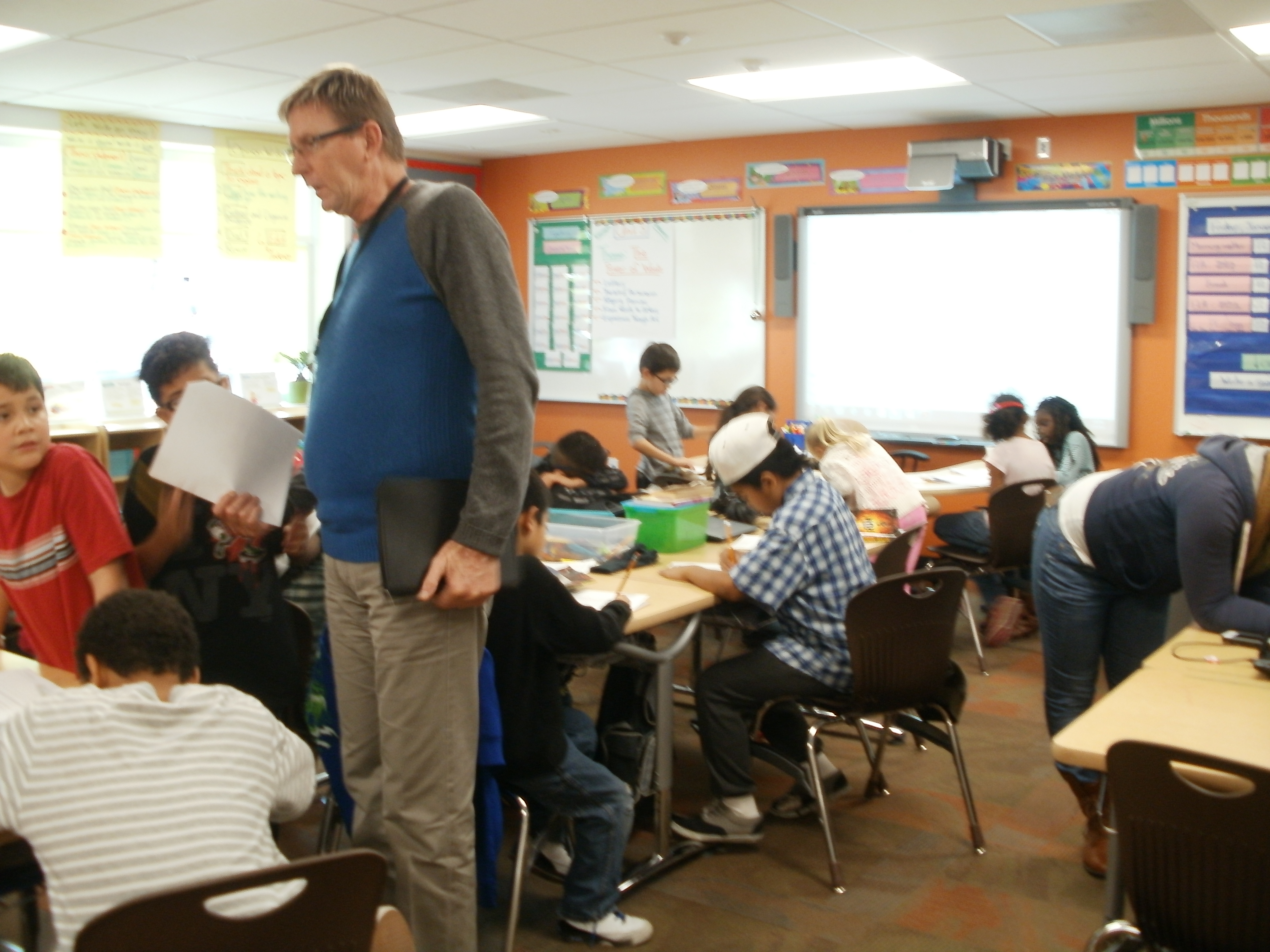 The Monarch School, for homeless children from kindergarten to high school, is administered by a partnership between the San Diego County Office of Education and the Monarch School Project, a nonprofit that raised the money for the new building just south of downtown San Diego, under the Coronado Bridge that is a widely known city landmark.

In the last two years, the school population had doubled in size – to 300 students – as it grew into the new building.

But the school’s public funding is in danger with the renewal of the federal Homeless Assistance Act coming up in Congress this year. The school is operating with an exemption of the act’s requirement that students not be segregated from the general population, and since it accepts only homeless kids, if the exemption is lifted, the school faces either a loss of public funding or a loss of mission.

“Our students have very limited choices and they should be able to choose what’s best for them,” said Erin Spiewak, the school foundation chief executive officer. “We are not forcing segregation, we are serving a specific need in our community and that’s what we can do better than other schools.”

Right now, the exemption’s fate is still in the hands of the U.S. Senate, where California Sen. Dianne Feinstein is supporting keeping it in place.

“Ending an important program like Monarch would be a step in the wrong direction for homeless children and families, and I remain committed to working with my colleagues to keep Monarch open,” Feinstein said in a written statement.

Students at the school mostly come from shelters, parks and sleeping spots within a few miles. San Diego’s largest shelter and transitional housing organization is just a few blocks away, and many of the homeless who aren’t in shelters or transitional housing stay on the street in the area just south of downtown San Diego.

The Toussaint Academy, a group home for teens who would otherwise be homeless, sends some of its residents to the Monarch School, according to Catriona Da Silva, education case manager for Toussaint.

“They offer activities that most school kids have access to but that homeless parents and our kids can’t afford to pay for,” Da Silva said. “Our kids need more healthy outlets and through Monarch they have access to sports teams, art classes and labs, music, dance, yoga and other activities.”

And, she said, the school goes above and beyond when it comes to providing access to counseling and other resources.

“They’re really exceptional about allowing our counselors to have access to the kids and about getting our kids access to counselors and programs,” Da Silva said. “It’s an added challenge and inconvenience, and they are just fine with it.”

Counseling is a critical component of the school plan for every student, Spiewak said.

“We do a lot around the issues our kids are dealing with – there’s a lot of trauma from violence, transiency, and just the chaos of living without a safe, stable environment to go home to,” Spiewak said. “It’s always in our minds that when they leave here it goes back to chaos.”

Therapy and expression opportunities abound – from the open dance and art studios to the group and journaling group and the individual counselors around every corner.

“So many of our moms have ended up homeless because of domestic violence,” Spiewak said. “They come from situations where the focus is on survival hour-by-hour.”

The school’s four showers – hence, the bath towels in the reception area – are among the unusual resources that include include a parents resources center used for everything from job searches to baby showers; onsite washers and driers for students’ clothing, and the Butterfly Boutique, where kids can pick up a bag of toiletries and select from racks of clean clothing and shoes.

The school opens its doors at 7 a.m. and there are often kids who have been waiting outside since they left the shelter at 6 a.m.

“We serve three meals and snacks every day, starting with breakfast,” Spiewak said.

Classes are set up by ages, despite great academic differences among the students.

“We try to create a traditional school environment, and we use Chrome notebooks to personalize our kids’ education, so they can be in sixth grade classroom and work on the learning they may have missed,” Spiewak said. “Our kids can be two to three grade levels behind and still be in class with kids their own age.”

Teachers use every lesson, every opportunity to bring broader learning and critical thinking to bear, she said. For example, a recent reading lesson about sushi led to the opportunity to sample the food, to talk about the experience and to do the math required to figure out how much sushi it took to feed the entire class.

“Education breaks the cycle of homelessness and we leave ourselves no excuses for failing our kids,” she said. “We try to graduate them on time or as close as possible and we make sure they’re thinking about college, that they’ve taken the Scholastic Aptitude Tests and talked to college counselors when it’s appropriate.”
Da Silva, of the Toussaint Academy, says that getting kids to graduation is one of Monarch’s strengths.

“Monarch has been very good at recovering school credit – so many of our kids are behind because they’ve moved so much and changed schools so much, and Monarch has online classes to help them catch up and credit recovery to help the kids get to graduation at the right age or close.” Da Silva said.