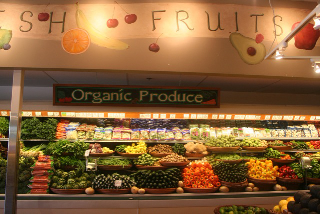 Millions of Americans run out of money for food before the end of each month. A new study shows many may face serious health risks.

About one in seven American households can’t consistently afford to buy food and most people who receive SNAP benefits—better known as food stamps—run out before the end of the third week. Then they face a decision: whether to spend whatever money they have left on food, rent, heat or other items.

For people with diabetes, that is a particularly grim choice that carries serious consequences. The new study, published in the journal Health Affairs, shows that hospital admissions for hypoglycemia—episodes of low-blood sugar that can cause complications ranging from dizziness to stroke—spike in the final week of each month among low-income Californians. The study comes as Congressional negotiators are continuing this week to debate cuts to the SNAP program.

The likely reason for the spike in hospital admissions is that people taking medication to control their blood sugar cut down on eating as their money runs low, says Hilary Seligman, the University of California-San Francisco researcher who led the study. “If you’re diabetic, take a stable amount of medication and start eating less, your blood sugar is going to go down,” Seligman says.

The financial cost of each hospital admission for hypoglycemia was almost $1200 in 2003, a figure that has certainly risen, says Seligman, an assistant professor at UCSF’s Center for Vulnerable Populations at San Francisco General Hospital.

“This is people going hungry, skipping meals and ending up in the hospital,” Seligman says. “From my perspective as a public health researcher, it’s cheaper to make sure people don’t get hungry than to deal with the far more expensive healthcare costs of not having access to food.”

People with diabetes don’t make enough of the hormone insulin to process the sugar, or glucose, in their blood. To keep their blood sugar in a healthy range, they take synthetic insulin or other glucose-regulating drugs. Cutting back on food intake can throw the balance out of whack.

Seligman and her colleagues reviewed data collected by a state health agency on all hospital admissions in California from 2000 to 2008. Among higher-income people, about 200 of every 100,000 admissions were for hypoglycemia, a number that changed little from the first week to the last week of each month. But among low-income Californians, the numbers rose steadily, from 240 per 100,000 admissions in the first week of the month, to 260 in the second week, 290 in the third week and 300 in the fourth week.

“Something is happening recurrently within a month that is changing people’s access to food,” Seligman said. “We suspect they are running out of money to eat.”

Food banks typically report a spike in demand in the final week of each month. At the Alameda County, California, Community Food Bank, the demand rises 20 percent to 30 percent at the end of most months, says Michael Altfest, the food bank’s communications manager.

Low-income people are far more likely to be diabetic in the first place since they often live in neighborhoods with limited food choices and opportunities to be physically active. If they can’t afford to keep buying and eating healthy food throughout the course of a month, it can lead to a yo-yo-like rise and fall of glucose levels that is especially damaging.

The higher incidence of hypoglycemia admissions among low-income people “is just the tip of the iceberg,” Seligman says. “Most of these cases are being treated at home when people notice that they are getting dizzy, have a racing heart, clammy skin, anxiety or tingling hands. They know they need to get food and get it fast and will eat anything they can to avoid these sensations.”

To Seligman, the research is a powerful argument against cutting SNAP benefits that 47 million low-income people now receive. Those benefits average $133 per person per month, Seligman says. “What we give to people under current benefits is not enough,” she says.

One way to minimize the end-of-month shortfall faced by SNAP recipients would be to provide the benefits more frequently than once a month, says Tatiana Andreyeva, director of economic initiatives at the Yale Rudd Center for Food Policy and Obesity.

The current practice of providing a single payment at the start of each month “is most likely a significant contributor to food insecurity,” Andreyeva says. She proposes providing SNAP participants with the option to receive benefits more than once a month to reduce the chances that they’ll run out at month’s end.

Waters is the chief communications officer for the Prevention Institute.