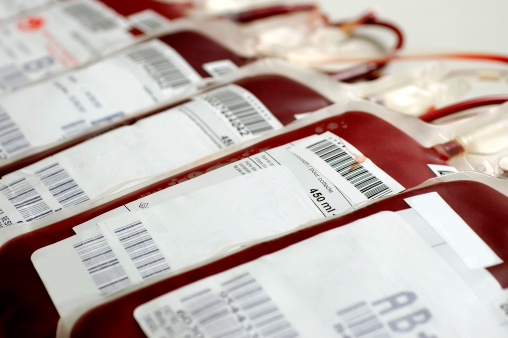 When Campbell mayor Evan Low was asked by the American Red Cross to host a city blood drive in August, he felt conflicted.

While he wanted to help, he also knew that as an openly gay man he would be banned from donating blood.

“It was like being asked to host a party you can’t attend,” says Low, who agreed to hold the blood drive but also started an online petition at change.org asking the U.S. Department of Health and Human Services (HHS) to reevaluate the Federal Drug Administration’s lifetime ban on gay men donating blood.

Today, Low and many other Californians are speaking out against the ban that was first implemented in 1983, when health officials first recognized the risk of contracting AIDS via blood transfusions. Under the current policy, blood donations are barred from any man who has had sex with another man at any time since 1977 — the start of the AIDS epidemic in the U.S. Yet straight people are allowed to give blood, without being asked about their risk for contracting the illness, such as unprotected sex or sex with multiple partners.

Low and other opponents of the ban claim the policy no longer serves a legitimate public health purpose, and instead, continues to perpetuate the stereotype that gay men are diseased.

“Now that we have reliable blood tests for AIDS, it’s time to change the ban to reflect individual risks in donors, rather than their sexual behavior,” Low says.

“Every sample of blood collected at U.S. blood banks is tested for HIV, hepatitis B and C, West Nile virus, and several other diseases,” Follansbee says. “Within 7-10 days, it can be reported with a 99.9 percent accuracy whether a blood sample is HIV-positive. Currently one in approximately two million blood donations results in an HIV infection.”

Follansbee notes that last October, the California Medical Association’s (CMA) House of Delegates adopted a resolution that supports the use of rational, scientifically-based deferral periods for blood donations based on level of risk rather than sexual orientation.

In June, the American Medical Association (AMA) also voted against the ban and in September, 86 members of Congress, including U.S. Rep Mike Honda, who represents California’s 17th district, contacted HHS to say they were “deeply concerned about the timeline” of HHS’s ongoing evaluation of the FDA’s 30-year-old ban.

“In 2006, the AABB, the Red Cross and America’s Blood Centers presented a joint position to the FDA’s Blood Products Advisory Committee (BPAC) stating our belief that the current lifetime deferral for men who have had sex with other men is medically and scientifically unwarranted,” Schultzman says. “Our recommendation was deferral criteria be modified and made comparable with criteria for other groups at increased risk for sexual transmission of transfusion-transmitted infections.”

Ryan Yezak, a documentary filmmaker from Los Angeles, first learned about the gay blood ban in 2011. After a massive tornado hit the South, several of Yezak’s co-workers set out to donate blood and asked him to join them. When he truthfully answered yes to the blood bank’s questionnaire asking whether he had ever had sexual relations with another man, he was turned away.

“The ban is outdated and as a result many gay and bisexual men are unable to contribute to the nation’s blood supply and help save lives,” says Yezak who is working on a documentary entitled “Second Class Citizens” about discrimination based on sexual orientation.

Yezak, Low and other opponents of the lifetime gay blood ban hope to see the U.S. follow the lead of other countries that have recently reformed their donation policies.

“Both Canada and the UK have lifted their lifetime ban restrictions,” Low says. In addition, other countries now use blood donor intake questionnaires that focus on risky sexual behavior rather than sexual orientation. Some countries such as Canada now ask gay men to abstain from having sex with another man for five years prior to their donation. Other countries including Australia, Brazil and Japan have adopted a one-year deferral period.

Realizing that many people outside of the gay community were unaware that a lifetime blood ban existed, and hoping to inspire change, Yezak organized a National Gay Blood Drive, last July at over 50 locations across the country.

Gay men were invited to attend the blood drives and get tested for HIV. If they tested negative, they were asked to attempt to donate blood at a local blood donation center. After being rejected due to FDA regulations, the men received a stamp and turned in their FDA testing results to be sent to the FDA. Yezak hopes to make the National Gay Blood Drive an annual event.

Yet despite the efforts of Yezak and others, the lifetime gay blood ban endures. The FDA states on their website that their “primary responsibility with regard to blood and blood products is to assure the safety of patients who receive these life-saving products.” They go on to say, “the FDA’s deferral policy is based on the documented increased risk of certain transfusion transmissible infections, such as HIV, associated with male-to-male sex and is not based on any judgment concerning the donor’s sexual orientation.”

Opponents of the ban insist that dramatic improvements over the years now safeguard blood donations, and they would like to see the ban updated to reflect this progress. Spain and Italy, two of the countries with the more progressive blood donor policies, only accept donors who have had one sexual partner in the past six months, regardless of their sexual orientation.

“It’s very important that we look at behavior and science instead of a discriminatory policy,” says Low, who is in his second year as mayor and is running for a state Assembly seat next year. “It’s time to end this blanket ban on gay male blood donors and show the rest of the world that the FDA policy should be based on medical data and not 30-year-old fears.”