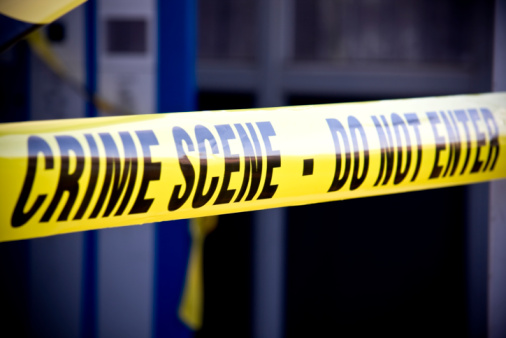 The new approach is one part of an innovative plan of attack on crime by San Francisco District Attorney George Gascon. His office has been awarded a three-year, $1 million grant from the US Department of Justice to battle violence in the Eastern Bayview section of Bayview-Hunter’s Point. The program aims to prevent crime through effective use of intervention, mental health outreach and treatment, better access to victim compensation, and by promoting neighborhood stability and safety through support for organizations and revitalization efforts.Twenty-six percent of all murders in the city from 2008 to 2011 occurred in the area, which is considered the “most distress and violent” community in San Francisco, according to the grant proposal.

“We need to deal with public health issues as part of a viable public safety strategy,” explains Suzy Loftus, chief operating officer of the Center for Youth Wellness in Bayview, one of several partners in the district attorney’s program.

Loftus, who worked as an assistant district attorney under California Attorney General Kamela Harris when she was San Francisco’s DA, quickly realized as a prosecutor that courthouse business-as-usual wasn’t making an appreciable dent in crime, and felt stuck “on the rails” of a one-way criminal justice track with a less-than-ideal destination. “You soon see you can’t arrest your way out of the problem,” said Loftus. “People in law enforcement can’t do that job and not recognize that there are things we could be doing better.”

The envisioned grant program will take an epidemiological approach to violence, viewing it more as a disease than a baffling social problem in an isolated geographical area, a contagious infection linked to early exposure to violence and trauma.

Intriguingly, a focus of the program won’t be criminals, but victims, including very young victims.

Research has found repeatedly that victims of trauma and violence, whether in abusive homes or on the street, suffer from far higher incidents of chronic illness, learning disabilities, drug abuse and aggression. Exposure to violence, including witnessing violence in a home or neighborhood, is believed to cause significant changes in brain anatomy and physiology and disruptions of basic cognitive and emotional development, which can have catastrophic effects not only for the victim, but also for society. “The vast majority of children involved in the juvenile justice system have survived exposure to violence and are living with the trauma of that experience,” according to the 2012 Report of the Attorney General’s National Task Force on Children Exposed to Violence.

One of the largest investigations ever to make the link between childhood trauma and adult problems, including violence, is the seminal Adverse Childhood Experiences study of 17,000 adults carried out by the Centers for Disease Control and Kaiser Permanente.

An additional recent national study found that young people in detention were three times as likely as those in a control sample to have been exposed to multiple types of violence and traumatic events. Nearly 90 percent of children in a county juvenile detention center in Chicago reported past exposure to traumatic violence, which included being threatened with weapons and assaulted, according to a 2012 study. “The strongest predictor of future criminal behavior is prior experience as a crime victim,” states San Francisco’s grant application.

San Francisco’s tactic of focusing on victims to prevent future violence was inspired in part by a city Public Health Community Action Plan released early this year. The plan called for violence reduction and treating Post-Traumatic Stress Disorder among children, young people and families in high-crime areas. The district attorney hopes the Bayview project will “test the theory that crime reduction can occur by helping victims heal — and by bringing neighbors together.”

Under the outlines of the grant, the District Attorney’s Office and various partners will spend a year further studying the neighborhood, gathering more crime statistics, identifying community activists and other stakeholders in the area, and refining a strategy.

What’s the key to a successful neighborhood safety and revitalization program? It depends. “We’ve found that it’s very site specific,” explains Julia Ryan of the Local Initiatives Support Coalition, a national nonprofit community development organization that will provide technical assistance for the project. “Every neighborhood is unique.” The “physical plant” of a neighborhood, how it looks and feels to residents, is key. Beyond that, a committed network of engaged, hard-working community individuals and organizations from different sectors, and a responsive police and civic administration, all willing to take specific actions developed as part of a carefully designed plan, can radically change a neighborhood’s future, says Ryan.

For people like Suzy Loftus and District Attorney George Gascon another key to a turnaround in Bayview is a word that comes straight from health practitioners: “Healing.”