Covered California Turns to Facebook to Reach the Masses 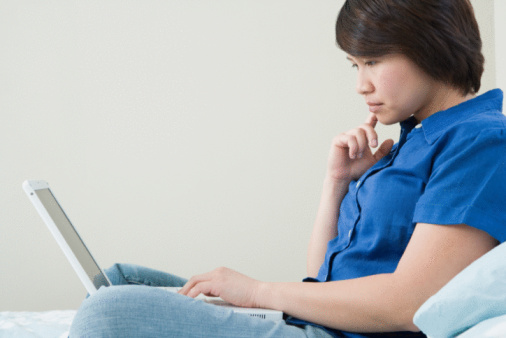 Dan Butler spent “days and days and days” calling for health insurance at the beginning of October, when he first could enroll in the new Affordable Care Act.

When online technical glitches delayed the 55-year old, retired San Diego school bus driver from getting through, he took his frustrations to Facebook.

On the Covered California Facebook page, Butler found a community of nearly 100,000 users with whom he could commiserate and share his frustrations over the online and phone problems that plagued the opening weeks of enrollment in Obamacare.

The Facebook page for Covered California “gave me an opportunity to go through and commiserate with so many people who were having a lot of the issues that I was,” Butler said.

That camaraderie, he said, made the wait easier until he finally could enroll a few days later.

Obamacare, passed in 2010 and known formally as the Patient Protection and Affordable Care Act, requires all legal United States residents to carry health insurance. It seeks to reduce the cost of health care in the U.S. and cover those who may have been denied coverage for various reasons in the past.

Health care advocates have targeted various groups with information in assorted languages and officials stationed at health clinics around the state. But to reach the masses, Covered California folks say one of their strongest tools has been social media— especially Facebook.

“It’s a pretty planned and intentional effort,” said Sarah Sol, spokeswoman with Covered California. With featured posts including “Ask the Expert,” “People Like Me” and questions and answers, the site is filled daily with conversation between potential subscribers, Covered California officials and more.

“We’ve been getting tons and tons of questions,” said Sol.

Those questions include how to sign up, why a certain provider is or is not covered, and how to deal with the sign-up outages and delays from the beginning of the month, among many other topics.

Often other users will jump into a question to help flesh out a Covered California answer with details from their own experiences.

For example, one user wondered why Kaiser Permanente wasn’t a plan available to her. Covered California representatives explained that Kaiser is only available in certain areas of the state, and others jumped in to tell her if Kaiser was offered where they lived.

Other conversations have revolved around the best browser to navigate the site’s technical glitches, and letting Covered California technicians know problems users were having. Moderators make sure the conversation stays civil.

“We’re learning as much from the lack of engagement as the engagement,” Sol said.

A post for small business owners, for example, didn’t receive as many comments as those addressing plan prices for individuals or families.

The outreach is being called a success. By comparison with Covered California’s nearly 100,000 Facebook fans, UC Davis has more than 65,000 fans; Gov. Jerry Brown has nearly 150,000; and the San Francisco Giants have nearly 1.8 million.
Covered California also boasts another Facebook page in Spanish and an active presence on YouTube, Twitter and Google Plus.

Online marketing consultant Rachel Melia of Los Altos, co-author of the book, “You’re on Facebook, Now What?” said that organizations like Covered California are wise to be on Facebook and other social media sites.

“Organizations need to reach users where they are, and they are increasingly on social media. And, it’s fairly easy to build an audience of the right people who have opted-in to get your content,” Melia said.

Facebook is the biggest of the social media sites, with 1.1 billion subscribers of all ages, races and socio-economic status, Melia said. Meanwhile, YouTube is the second most popular search engine after Google.

While Facebook once catered only to college students, younger generations know that “everyone’s Mom is now on Facebook,” Melia said. As a result, Twitter or Google+ can be strong social networking sites for reaching a younger audience, she said.

For Butler, Covered California’s Facebook community was so helpful and reassuring, that he went back after receiving insurance to tell everyone there about it.
“I got signed up yesterday! Be patient! My monthly premium dropped from $500+ a month to $102. Yippy!” Butler wrote.

Butler said that after so many on Facebook helped him as he navigated Covered California, he wanted to tell those still waiting to hang in there, they would get through and sign up, too.

Newly retired from San Diego Unified School District, Butler said without Obamacare his insurance would jump from $500 per month to $700 per month on Jan. 1.

“For this new Covered California plan to come along and offer me very similar coverage for $102 each month is a Godsend at this time in my life,” Butler said.

But, Butler said, after his long wait to sign up for health insurance, he won’t be completely relaxed until the confirmation letter arrives in the mail.

“Even though I’m an optimist, there’s a little voice in the back of my head saying, I hope they haven’t lost my enrollment,” Butler chuckled.

Covered California Turns to Facebook to Reach the Masses