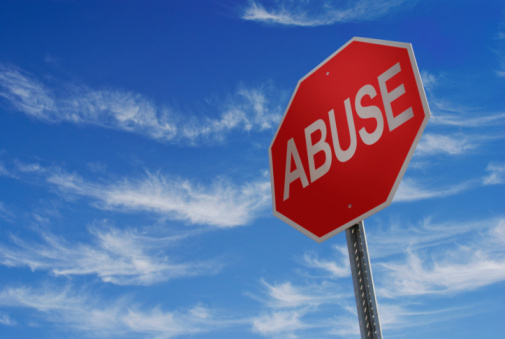 For two years, she had been trying — and failing — to get away from the violence and abuse.

She worried not only about her own safety, but also the safety of her three young children. She wanted a divorce. She wanted custody.

But despite her efforts, this resident of Contra Costa County faced a seemingly insurmountable challenge. There were logistical problems — childcare was hard to come by and she didn’t have a car to travel to the courthouse. Then, there was the problem of misinformation. Though she was able to file a restraining order, her husband was habitually in violation. She was confused and didn’t know her rights.

In a letter eventually presented to the County Board of Supervisors, she recalled an ordeal all too familiar to survivors of domestic violence:

“Every time I tried to do something, he was right there behind me. If I went to court, he showed up to file papers. If I called the police, he would tell them I was crazy and needed to be arrested,” she wrote. “No one believed me.”

Finally, in early 2011 she found help. A new establishment in Richmond just opened its doors. There, at the West Contra Costa Family Justice Center, she was paired with an advocate who would stay with her for the six months it took to resolve the case.

The center is modeled on an idea that has been gaining traction across the U.S. — that by housing multiple agencies under one roof, victims of domestic violence, sexual abuse and human trafficking are less likely to fall through the cracks, and their cases more likely to resolve successfully. At the West Contra Costa Family Justice Center, clients can access everything from legal aid to assistance with shelter and mental health services on a drop-in basis. Like many other family justice centers, the partners include local law enforcement, the district attorney’s office and a myriad of community organizations.

“It’s not just about organizations getting along and working well together. It’s about how we can work together to have an immediate and lasting impact on someone’s
life,” said Melissa Caine-Huckabay, director of the West Contra Costa Family Justice Center. “I don’t like to be melodramatic, but it some cases, that can be as significant as life and death.”

Caine-Huckabay recalls the author of the letter as one of the center’s first clients to need multi-system assistance. She has now successfully petitioned for divorce and has sole legal and physical custody of her children.

“The model itself is simple, but the energy and the power that you harness when you do that is just phenomenal,” Caine-Huckabay said. “For this particular client, it did make a huge difference in her safety and the safety of her children.”

While the physical Family Justice Center has only been operating for two and a half years, the philosophical seeds behind its approach have long been germinating. The center is part of the county’s Zero Tolerance for Domestic Violence Initiative, a public-private partnership that began in 2001.

According to Devorah Levine, the principal analyst for the initiative, the spirit of collaboration between the partners has always been strong on this issue. The Family Justice Center, Levine said, is the service delivery vehicle for a larger vision that has been in the works for over a decade.

“It made sense in terms of what we have been trying to do for many years,” Levine said. “The idea is basically to flip the paradigm, so that we are looking at what families are experiencing and develop our services with that in mind.”

Not the least of the practical realities they considered was the sheer size of the county. Contra Costa, the “opposite coast” of the San Francisco Bay, has an area of about 800 square miles, with public agencies scattered throughout. For victims of domestic violence to stay safe, Caine-Huckabay says they need to visit a dozen or so agencies — a city police department, the district attorney’s office, family court, criminal court, child and family services, just to name a few. With a car, she estimates commute time between agencies would total more than three-and-half hours. On public transit, it would take 13 hours.

“It was really profound when we saw how much we were asking victims of violence to take on themselves,” Caine-Huckabay said. “Instead of an agency-centered model of ‘you come to us,’ we [are] a more victim-centered model, where we come to you.”

Eventually, the initiative members plan to build one or two more family justice centers servicing the central and eastern parts of the county. Concord, Antioch and Pittsburg also have high rates of domestic violence, Levine said.

Richmond was selected as the site for the pilot Family Justice Center, in part because crime data reflect a disproportionate rate of domestic violence calls, in addition to the higher rate of violent crime in general occurring in the western part of the county.

Richmond Police Captain Bisa French said the department receives an average of 30 to 35 domestic violence cases every month. And every year, one to two of those incidents result in homicide. (Countywide, Contra Costa averages 10 to 12 domestic violence-related homicides each year.)

But from French’s perspective, the cost of domestic violence is much higher than can be quantified in simple crime statistics.

“Violence is something that’s learned primarily in the home,” French said. “Not only does domestic violence continue generation to generation, but some of these young guys, the way they learn to handle conflict is through violence. That carries out in the schools, that carries out in the violence of shooting people and stabbing people in the streets, because violence is the way they learn to deal with conflict.”

French, who also sits on the board of the Family Justice Center, said that if they can help teach healthy methods of problem solving, they might be able to curb future violence — a public safety concern that goes beyond the suffering of the original victims.

“It no longer just affects the interpersonal family lives. It carries out onto the streets,” she said.

The Richmond Police Department has been an instrumental partner in the Family Justice Center. In fact, the center is currently housed in a police substation while its permanent building is under construction downtown.

But French knows that a heavy police presence is not always reassuring to victims. Not all survivors of domestic violence necessarily want to get involved in the criminal justice system — and as French pointed out, it’s particularly tricky when they are undocumented. She emphasized that although they will never ask a person’s status, the fear of the police remains.

“That’s [the] reason why we didn’t want the Family Justice Center to feel criminal justice-heavy. We don’t want people to be afraid of going there,” she said.

On the police end, French said that patience is the key to gaining victims’ trust. When she began working for the department 15 years ago, she said the officers basically had a “Band-Aid approach” to domestic violence calls, and they would be frustrated to keep responding to the same house over and over again. Now, she said, the officers are working more closely with victims to come up with long-term solutions to their situations.

“Changing the mindset has been a challenge, but I think we’ve been pretty successful with that here in Richmond,” French said. “Officers kind of get set in their ways on how to do things and are a little resistant to change, but when they realize that they can do something that might actually change somebody’s life…I think they get the job satisfaction that they’re actually doing something.”

The Family Justice Center does not require victims to have a police report in order to access services — the only cases they are required to report are those involving abuse of children or dependent elders. Caine-Huckabay said the goal is to empower survivors as much as possible in making their own decisions about how to remedy their situation. However, there are statues that allow for prosecutions to move forward without the victim’s testimony, and Caine-Huckabay said they generally support whatever will be the safest option for their client.

French said there’s no blanket approach in the criminal justice system that can heal all survivors of domestic violence.

“I think that every victim has their own feeling about how they’re going to come out of the situation,” French said. “Some people want to see justice served and that’s what we’re here to do…And for other victims, they just want to get out of the situation and never have to deal with the person again.

“For every survivor, it’s going to be a different story.”