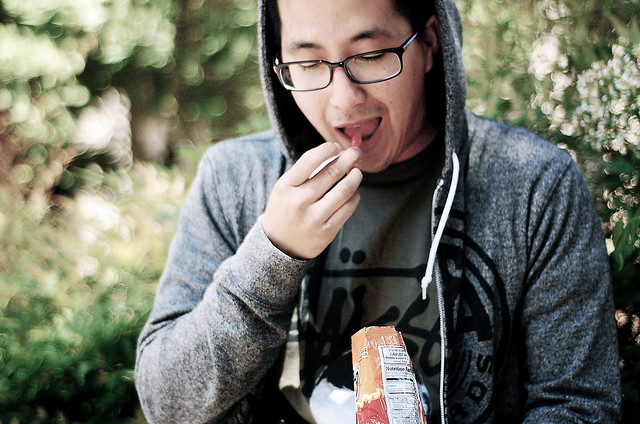 The state of California is looking to get ahead of the curve in implementing federal school nutrition guidelines.

AB 626 by Assemblymember Nancy Skinner, D-Berkeley, will fill some of the gaps between California’s nutrition standards and the ones established by the USDA through the Healthy Hunger Free Kids Act in 2010.

“The biggest change is that these guidelines will now apply to snacks and meals available before and after school,” Skinner said. “The federal guidelines had been in place for those school districts in California that participated in our federal school lunch program, but only for lunch.”

The bill, which Rene Yamashiro of the California School Nutrition Association described as a “cleanup bill,” will clarify the definition of the school day as well, in order to further restrict when foods that do not meet those standards can be sold on campus.

According to Yamashiro, California has had requirements for these snack foods since state legislation was passed in 2005. These standards include the prohibition of trans fats and deep fried foods, limitations on calories and fat content, and restrictions on sugary drinks. Skinner’s bill helps clarify how and when the restrictions are used and ensure they are aligned with the federal ones.

“I wouldn’t go as far as this bill being a policy shift from current policy,” said Alejandro Espinoza, a Legislative Representative for the California Department of Education. “What it is mainly trying to do is align and clarify California state code with the federal guidelines and laws set forth by the Healthy Hunger-Free Kids Act.”

According to Yamashiro, California’s earlier adoption of these standards has made the coming transition much easier, as many districts shifted from selling a la carte snacks to meals in 2007 when the Californian snack standards first went into effect.

“[That] put us way ahead of a lot of other states,” she said. “Other states are struggling with this now…and California been there for several years.”

“California has been very progressive in its food and childcare landscape,” said Professor Kathy Henderson, Director of School and Community Initiatives at Yale’s Rudd Center for Food Policy and Obesity.

But obstacles remain. According to Henderson, one of those barriers is backlash from fans of banned junk foods.

Sticking to that program will require a lot more changes in the long term, however, like ensuring that food service directors are prepared to make drastic menu changes.

One provision of the bill puts more restrictions on food service programs’ finances, for example, limiting the amount and uses of excess cafeteria funds.

“The state has gotten very particular about defining allowable and non-allowable charges to the child nutrition department,” said Yamashiro, who also serves as Food Services Director for Roseville School District.

In Roseville, Yamashiro has personally witnessed other difficulties that come with the nutritional changes. Certain provisions like requiring students to have a half-cup of fresh produce with their meal created food waste, given that some students refused to eat them. Others, like restrictions on the amount of grains and meats served, left some students hungry, she said.

The hope of proponents is that once those transitional hiccups are overcome, in the long term, these programs will improve the health of future generations. Supporters are willing to be patient with those results.

“The kinds of diseases we’re preventing are the ones that are going to show up in these kids in 20 or 30 years,” Henderson said.

There are still immediate effects, however, in particular for the students who are most reliant on school meal programs.

“There’s growing data that shows a direct link between having been fed and also nutrition and academic achievement,” Skinner said. This link is important for lower income students who depend on school nutrition programs.

But Henderson and Espinoza pointed out the effects are not targeted.

“Everybody’s in the same environment,” Henderson said. “[It] really has the capacity to affect the school day environment for most children in the country which really is a big deal.”

“This is one step forward in ensuring kids are having healthy and nutritious lunches at school,” Espinoza said “That’s part of the superintendent’s priority is to ensure that the student’s wellness, their overall wellness, from the type of food they receive to the type instruction they receive at school and so forth.”