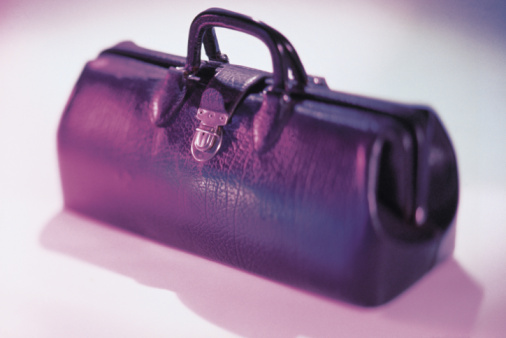 With all Americans required to enroll in health insurance under the Affordable Care Act, will the existing  safety net clinics become a thing of the past?

For generations, grassroots-style community clinics have worked to fill the coverage gap. Their mandate: to treat any patient who walks in the door, regardless of ability to pay.

But by January of next year, all those patients should have health insurance. In theory.

Despite the requirement  — and penalty fee for noncompliance — a projected 3 to 4 million Californians will remain uninsured through 2019, according to a UC Berkeley Labor Center study. Of the remaining uninsured, the report projects that nearly 40 percent still won’t be able to afford coverage, and that three-fourths will be U.S. citizens or lawfully present immigrants. More than half will include households with incomes at or below 200 percent of the federal poverty level.

For many, California’s safety net clinics will continue to be their best — or only — option for care.

“These are essential institutions that need to survive and thrive in the post reform world,” said Anthony Wright, executive director of Health Access, a statewide health-care consumer advocacy group. “We need their capacity, both for the remaining uninsured and for the newly insured.”

As Wright noted, the health reform could be a great boon to the safety net business, as many previously uninsured patients will soon have a revenue stream attached to them, whether by enrolling in one of the exchanges or in the expanded Medi-Cal program. Still, the clinics could also be at risk of losing patients, if the newly insured decide to go to private providers.

“It means that they, as well as the system as a whole, have to agree to do things in a different way, ” Wright said.

One such institution adapting to the new environment, the Mendocino Coast Clinics, has been operating its nonprofit health center in Northern California for nearly 20 years. Based in Fort Bragg, the three clinics treat patients residing along 50 miles of the remote California coastline. The clinics are the only provider in town offering a sliding fee discount to qualifying patients, offering everything from primary care, pediatrics, reproductive health, dental and behavioral health care.

Paula Cohen, executive director of the Mendocino Coast Clinics, says while the clinics are facing a great deal of change and uncertainty under the coming health reform, they are far from becoming obsolete.

“It’s a word of caution, this is not going to be the end of any discussion for any need for safety net providers,” Cohen said.

In fact, the Mendocino Coast Clinics is already experiencing an influx of patients.

“We definitely have increased demand,” Cohen said. “We keep seeing new patients. A full 30 percent of patients coming into our walk-in clinics [in recent months] were new patients to Mendocino Coast Clinics.”

Currently, the clinics’ third next available appointment for primary care — a common benchmark used in measuring wait times  — is about three weeks out, Cohen said. (Ideally, patients would only need to wait a day or two for an appointment for non-acute services.)

To accommodate the increased demand, Cohen expects to hire eight to ten new staff members to join the 110 currently working for the Mendocino Coast Clinics.

Statewide, primary care physicians are already in short supply, with the deficit expected to worsen as millions more Californians gain insurance coverage. And as recruiting physicians to rural areas has always been a challenge, Cohen knows they will have to be attracted by something other than just their paychecks.

“Our salaries aren’t as great in Fort Bragg as they would be working in Oakland or downtown San Francisco. [Mendocino County] doesn’t have the economy to support that,” she said. Instead, Cohen says, it comes down to a lifestyle choice. One thing they can bank on: the attraction of living on one of the most picturesque places along the Pacific Coast

“This is a place you have to want to be, because if you don’t really want this type of life, it’s going to be a little more challenging,” she said. “And there are people that have come and gone in a relatively short time.”

Additionally, not all the new hires will need to be MDs. Nurse practitioners, physician assistants, and other non-physician staff are just as critical, particularly as the clinics are embracing the patient-centered “health home” model — a more integrative, team-based approach to medicine.

In many ways, this approach comes naturally to rural providers like Mendocino Coast Clinics, where small town dynamics ensure a more personal connection between practitioner and patient.

“For better or for worse, you know your patients. You go to the grocery store and probably five of the ten people you see, you recognize from seeing them in the health clinic,” Cohen said. “Some people like that connection, and other people want to be as far away from the work environment when they’re not in the health center.”

Either way, it’s a position they can use to their advantage, as community engagement is going to be key for the health reform to be successful.

Nationwide, educating the public about potential benefits under the new law remains a major hurdle. A recent poll by the Kaiser Family Foundation found that 79 percent of the population overall and 87 percent of the uninsured had heard little or nothing about their options for coverage.

“We’ve been ramping up our educational plans for the community,” Cohen said. “We’ve got a little less than six months until this whole thing starts, and a lot of the population is our community still are very confused about what’s out there, and what they’re going to be eligible for.”

“When you’re uninsured and sick, you’re feeling not only vulnerable but also uncomfortable saying, ‘I can’t afford any of that,’” Cohen said. “There’s a whole lot of sensitivity and delicacy when you’re talking to people and helping them navigate the system when they’re feeling the most vulnerable.”

In addition to the challenge of educating the public, community clinics also must educate themselves about how the new insurance marketplace will impact their practices.

“To be honest, one of the challenges for us is that we don’t deal with a lot of insurance. We’ve got to learn a whole new game in dealing with insurance companies,” Cohen said. “But I think we’re really well suited.”