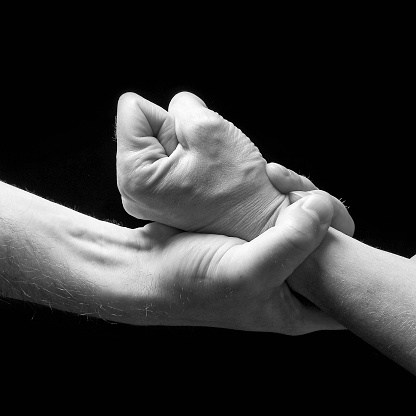 Picture yourself walking through a forest. Now, imagine that you’ve come face to face with a large bear. Instantly, your emergency response system kicks into gear, flooding your body with stress hormones. Your pupils dilate, your heart starts beating fast, and your skin becomes cold and clammy. The executive, cognitive portion of your brain shuts off so you can focus only on two options-fight or flight.

Your body’s emergency response system could save your life-if a bear in the forest really is confronting you. But, what happens if that big bear is waiting for you when you get home every day? Or follows you as you walk down the street to the local store? Or threatens you in the schoolyard? In the face of such extreme and repeated danger, your emergency response can go from saving your life to damaging your health and well-being.

Around the country, this scenario is similar to the reality faced by millions of children who experience violence and trauma at home, in their schools, and in their communities. According to a report by the U.S. Attorney General’s Defending Childhood task force, our children are experiencing and witnessing violence on an alarming scale. The numbers are staggering. Approximately two out of every three children in the U.S. are exposed to violence.

The good news is that we now know a great deal about how to change the odds for children exposed to violence and trauma. But, to protect children across our country, we need to galvanize a broad, national movement to call for the solutions we know can work. In the absence of such an effort, many of our children will experience lifelong consequences from exposure to violence and the toxic stress it causes. With their brains and bodies still being formed, children are uniquely vulnerable to the impact of toxic stress on their physical, mental, and emotional health.

A major study by the Center for Disease Control found that childhood exposure to abuse and other traumatic stressors, termed Adverse Childhood Experiences (ACEs), led to a multitude of social and health problems. For example, adults who had been exposed to four or more categories of Adverse Childhood Experiences were more than twice as likely to develop chronic lung disease and more than four times as likely to develop depression. Subsequent research has shown that children with four or more categories of ACEs are 32 times more likely to have learning or behavioral problems in school than those who had none.

Violence can happen in any community and can take on many forms, from sexual and physical abuse to violence in homes or neighborhoods, including violence against friends, family members, trusted adults, or bystanders. Some children-as many as one in ten-may experience multiple layers of violence at the same time. These children in particular are at high risk of never developing the basic capacities they need to function normally and lead productive and successful lives as adults.

When the futures of millions of children are jeopardized, we all suffer. Our health care, social services, law enforcement, education, and other public systems bear the brunt of our failure to prevent this epidemic; and the costs are astronomical. A 2012 study by the CDC found that total lifetime estimated financial costs associated with just one year of confirmed cases of child maltreatment (physical abuse, sexual abuse, psychological abuse, or neglect) is approximately $124 billion.

If we don’t intervene, it’s clear that we all pay the price when children are not successful in school, enter the juvenile justice system, or grow up to become perpetrators of violence themselves. Less recognized is the price we pay for the healthcare of millions of Americans whose heart disease, chronic lung disease, obesity or depression may have been prevented with early and effective care.

We have learned a great deal about how to prevent violence, and how to help children exposed to violence and trauma heal and thrive. The next step is to launch a state and national agenda to make homes, schools, and communities safer, more supportive, and healthier places for all of our children. We must not allow violence to deny any child the right to grow up safe and secure. Here’s what we can do:

– Start early by identifying kids who are exposed to violence through routine screenings, and establish prevention programs within the health care system, schools, and youth organizations to protect children from future violence.

– Focus our efforts on early childhood and early adolescence, critical stages when it comes to preventing violence. We can intervene then with those who already have experienced extensive and multiple traumas when there is the greatest opportunity for healing and positive development.

– Change public policies to support prevention and healing for children and families, using key policy shifts such as health care reform and laws designed to prevent violence against women and to help children who are victims of violence and abuse.

– Don’t spend money on things that don’t work-such as punitive juvenile justice facilities-and re-invest in programs that can help children heal and thrive. Instead of supporting zero-tolerance policies that drive troubled kids out of schools and away from safety, let’s keep kids in school and connected to safe and stable adults.

– Make violence a public issue, and educate all Americans about this problem and the role each of us can play to ensure that our children are safe.

Too often, the youngest victims go unseen and unheard. It is up to all of us-from teachers to clergy, to coaches, to doctors, to parents-to take the steps needed to effectively protect and heal children exposed to violence, giving them the web of support they need to grow up healthy, happy, and secure.

Dr. Nadine Burke Harris is the founding physician and former medical director of the CPMC Bayview Child Health Center, and CEO of the Center for Youth Wellness. Esta Soler is president of Futures Without Violence. They originally wrote this piece for the Rosenberg Foundation’s Justice in California publication.