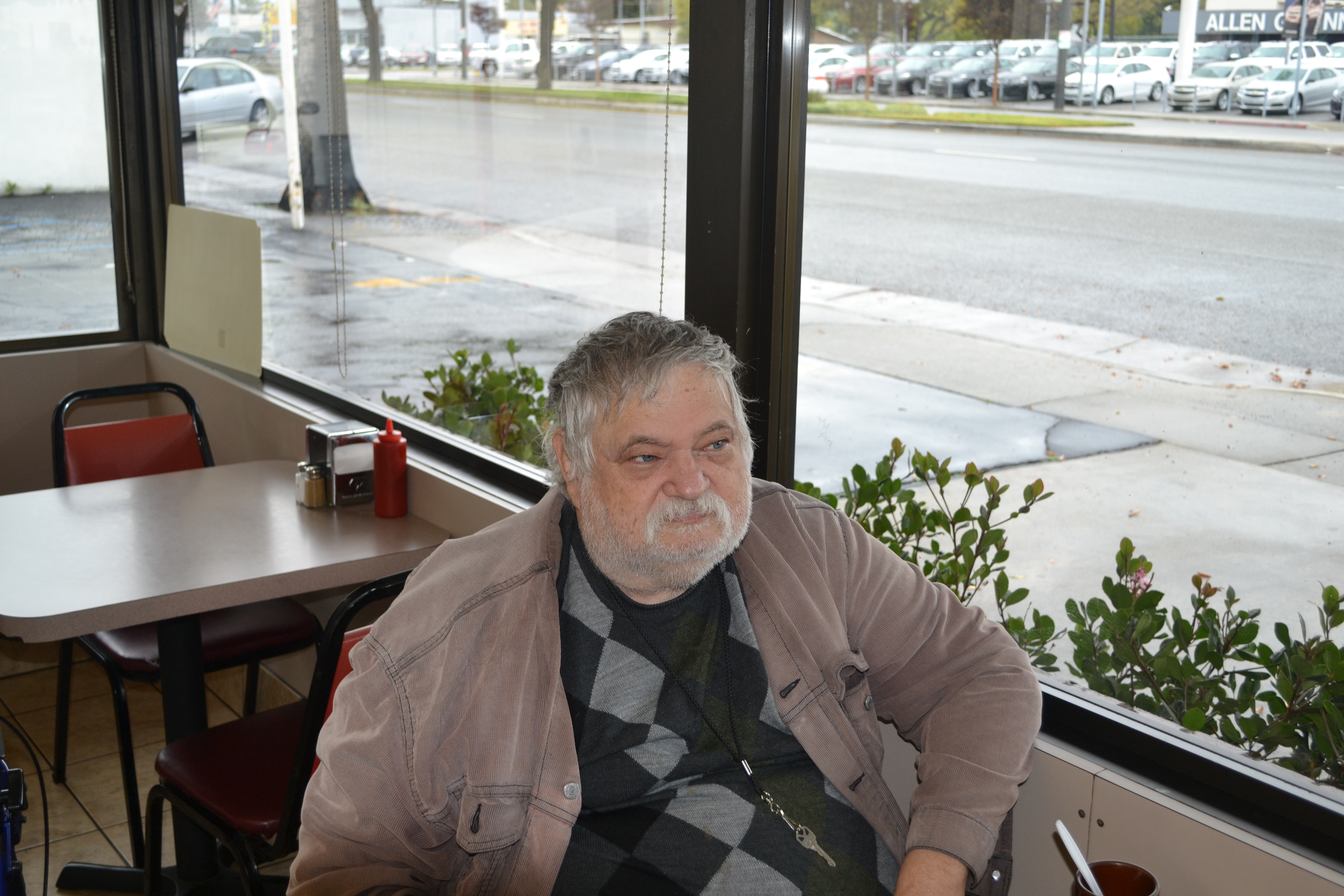 When Steven Sample’s health provider quit accepting Medi-Cal, he didn’t know where to turn until he heard about L.A. Care Health Plan at a meeting near where he lived in downtown Los Angeles at the time.

Sample’s health emergency was a broken ankle he suffered stepping off a bus, and the injury required surgery.

“They paid for it, everything,” Sample, 63 and unemployed, said while enjoying a cup of tea of at Gold Star Hamburger in Glendale.

That first interaction with L.A. Care was more than a decade ago, and Sample continues to access the organization for health care benefits. He visits nearby Glendale Memorial Hospital and Health Center for his regular health needs, and is seeking treatment for diabetes and a kidney ailment.

L.A. Care Health Plan is the nation’s largest public health plan, providing coverage to approximately a little more than one million Los Angeles County residents. Medi-Cal eligible members can access care directly from L.A. Care, or through one of the health plans that L.A. Care works with, such as Anthem Blue Cross, Care 1st Health Plan or Kaiser. L.A. Care also provides free and low-cost coverage through its own Healthy Families, Healthy Kids and Medicare Advantage plans to low-income residents.

With the Affordable Care Act ramping up and the impending implementation of a state health insurance exchange, L.A. Care’s role in the new world of health care is evolving along with the reform.

“A lot more has become clear, but not final,” L.A. Care Chief Executive Officer Howard Kahn said of how health care reform is impacting the work his organization does. “The ACA is keeping us busy.”

Kahn estimates that between 600,000 and 700,000 people will benefit from Medi-Cal expansion in L.A. County, and half will access L.A. Care. He added that “whether or not we’ll participate in the exchange more generally is really something that we’re yet to determine.”

One of the roles that Kahn sees for L.A. Care is the organization acting like a bridge for health care consumers who experience a change in status or eligibility.

“We’d probably be the biggest of the bridges,” Kahn continued. “We’ve been very actively involved in working with the exchange and the exchange staff on the concepts behind it.”

L.A. Care communicates with the wider Los Angeles community through its eleven Regional Community Advisory Committees, made up of members, providers and advocates. The RCACs are the eyes and ears of the organization, both dispersing information and receiving feedback. It was from an RCAC meeting that Steven Sample initially heard about L.A. Care.

Barbara Cook, Chief of Human and Community Resources for L.A. Care, said that the RCACs have heard plenty of questions and concerns as to how the Affordable Care Act will impact the organization’s members.

“We found that peer to peer education is far more significant than someone coming in on a white coat and saying these changes are going to happen and they’ll be good for you,” Cook said. “But actually getting your neighborhood involved and talking to you about these changes has really made a significant impact.”

The oldest of 10 children originally from inner-city Detroit, Dr. Carter said she has an understanding of the challenges that an underserved population faces beyond just getting an appointment with a doctor.

With the Affordable Care Act, she sees L.A. Care’s member-focused approach all that more essential.

“It just gives you more members to focus on,” Dr. Carter said. “It’s always interesting to me that the industry classifies people by who pays for their insurance. The core work for medical is the core work no matter how the insurance is being paid for. The ACA only gives us more people to be able to do that core work best.”

Founded in 1997 and located on 7th Street near downtown Los Angeles, L.A. Care is a public agency guided by a 13-member board. The health plan is funded primarily through state and federal capitation.

Kahn sees little change in the way an L.A. Care member or consumer such as Steven Sample interacts with the organization. Actually, he hopes to see more continuity.

“Somebody who is already in L.A. Care’s Medi-Cal product, their interaction will not essentially change,” Kahn said. “The only thing that we hope, for their sake as well as ours, that they won’t churn on and off as much. Everybody in theory is supposed to be covered. Hopefully what will happen is, and this is one of the values of the Affordable Care Act, is that people will not suddenly lose their eligibility when they get a little bit of work. Instead what they’ll get is a subsidized product where they have to pay in a bit more in order to keep coverage. Hopefully what will result from that is a more robust, longer-term relationship with L.A. Care, or with any other health plan.”

Despite the challenges ahead, Kahn gets excited when talking about the future of health care and how the system will adapt, particularly having non physicians picking up more work such as pharmacies offering immunizations. Kahn is particularly adamant about moving away from the fee for service model of health care.

“The exciting thing for me is that we’re finally starting to address the issues that we have in health care, and the first one was to get most people covered,” Kahn said. “You don’t really face the questions, the challenges of, we spend too much for what we get, the quality of the system, etcetera, until you get everybody covered, because as long as a big chunk of people are not covered, it’s easier for them to slip through the cracks.”

Kahn uses an analogy of driving forward while keeping your eyes on the rear-view mirror.

Dr. Carter prefers to lay down a little philosophy.

“The solutions that you have today were to the questions that you had yesterday,” the CMO said. “The challenge here at L.A. Care is how do you start to morph into the system that we need for tomorrow.”