After reform, a million more kids will be insured – but will they be able to find a dentist? 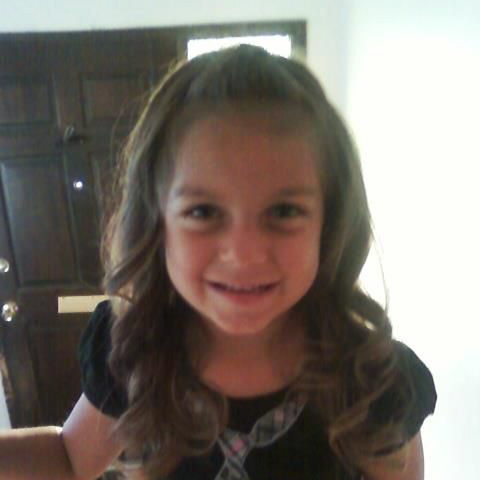 When Maggie Cardenas heard she could get her children’s teeth cleaned at her Women, Infants and Children’s Program (WIC) office in Yreka, she brought three of her children in right away. The dental hygienist who cleaned her eldest daughter’s teeth told Cardenas that she saw a grey spot on one of six-year-old Sunshine’s back molars that needed to be checked by a dentist.

Cardenas, whose husband is out of work, has been on Medi-Cal since 2006. Her four children have dental coverage for most prevention, restoration and emergency services through the Denti-Cal program.

That same day she called the only local dental clinic that accepted Denti-Cal and was put on a six-month waiting list.

“It was just a little tiny grey spot and it took so long to get in there that it had to be pulled,” Cardenas said.

Cardenas’ story is not unique.

More than four million kids are covered by Denti-Cal, but with only 35 percent of dentists accepting their insurance, they are having a difficult time getting their oral health needs met. With more than a million more children expected to enroll as health reforms take effect, advocates worry dental access will only worsen.

About half of the children enrolled in Denti-Cal saw a dentist in 2011. In smaller rural counties the utilization rate is even lower. In Siskiyou County, where Cardenas lives, more than 60 percent of Denti-Cal patients under 21 did not see a dentist in 2011.

Jenny Kattlove researches the issue for the national non-profit advocacy group The Children’s Partnership. She attributes the lack of care to many factors, one of which is a lack of dentists accepting Denti-Cal. But there are also other difficulties, such as the challenges low-income parents face in getting to dentists because of work schedules and transportation issues.

By 2014, one million more children are expected to enroll in Denti-Cal. With the difficulty serving those currently covered by the program, Kattlove is concerned there will be a severe dental crisis if the state doesn’t do something now.

Health-care reforms simplify and expand federal Medicaid eligibility. In California, this means rolling many different safety net programs into one Medi-Cal umbrella. One of those programs is Healthy Families, the program that previously covered uninsured children and teens whose families earned too much money to qualify for Medi-Cal. On January 1, the state began transferring all those patients to Medi-Cal.

Children still enrolled in Healthy Families as the transfer takes place are in a managed care dental plan with a network of Healthy Families dentists. The state Health and Human Services Agency expects most of the 860,000 children and teens will be covered under the pay-per-service Denti-Cal program once the transition is complete.

Kattlove worries that the state isn’t doing enough to transition Healthy Families dentists to Denti-Cal along with their patients.

“This will help highlight areas where the beneficiary to provider ratio is high, and show us which counties need concentrated provider outreach to boost participation,” wrote Norman Williams, deputy director of the Department of Health Care Services, in an email.

Denti-Cal reimbursement rates are about one-third to one-half of what most dentists charge for their services, according to the California HealthCare Foundation. The majority of dentists who don’t accept Denti-Cal payments cite the low reimbursement rates and a cumbersome enrollment process as their reasons.

“Increasing provider reimbursement rates is a budget issue that would have to be reviewed in light of the current fiscal environment and potential fiscal impact on the program,” Williams wrote.

Williams went on to explain that for the past year, the Department of Health Care Services has been working with stakeholders including the California Dental Association to improve the application and billing process.

Kattlove expects that in 2014 more than 100,000 additional children will enroll in Denti-Cal under the expanded Medi-Cal qualifications. At that point more than half of California’s children will be covered by Denti-Cal.

With little faith that reimbursement rates will be raised in the near future, Kattlove advocates for other methods to get California’s children access to the oral care they need.

“One of the solutions is to bring dental care to children where they are,” Kattlove said. “School based programs are very successful in addressing access issues.”

“Oftentimes children end up in the emergency room because they never got the preventative care they needed early on,” Kattlove said.

“Certain dental procedures are already performed by primary care providers that bill the medical side of the program,” Williams wrote.

But Denti-Cal does not cover teledentistry, something that Kattlove said could help reach underserved rural areas.

Kattlove also points out that parents have an important role to play in getting their children to brush their teeth every night and taking their kids to a dentist by age one and every year after that.

Prior to the WIC cleaning, Sunshine had been to the dentist once at a free screening event in Redding when she was 4. Her teeth looked good then.

“My kids need to see a dentist,” Cardenas said. “I don’t want them to have a bad time on their first time seeing a dentist.”

During the six months that Sunshine waited to be seen for the grey spot on her molar, her tooth got more and more painful. Her parents would visit her school to rub Anbesol on it, but they didn’t want her to miss any school because of the pain.

Students with toothaches had four-times lower grade point averages than students without, in a 2012 study conducted in the Los Angeles Unified School District and published in the American Journal of Public Health.

Finally, on the last day of the school year, Sunshine was eating pancakes at school and she got syrup in the cavity. It was too painful to take anymore and Cardenas called for an emergency dental procedure. At that point the only option was to pull the tooth.

“It wasn’t a very good memory for her,” Cardenas said.

Now Maggie Cardenas makes Sunshine brush and floss her teeth every morning and night. But she’s still afraid of what will happen the next time one of her children need a dentist.

After reform, a million more kids will be insured – but will they be able to find a dentist?