Advocates give voice to foster children 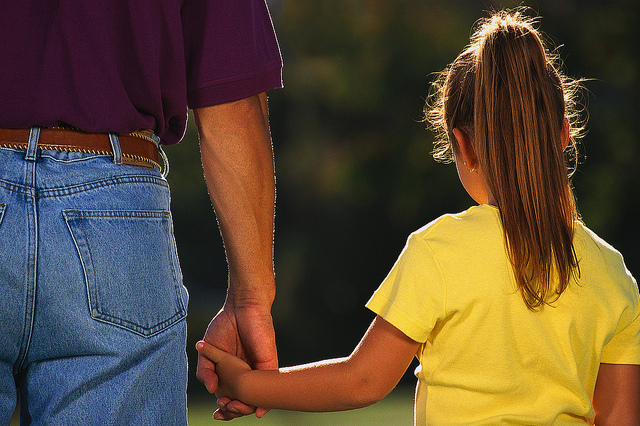 Fred Salazar is one of more than 120 advocates who work with foster children in Monterey County as they make their way through the system, with more partnered up across the state and nation.

Salazar, a retired business owner, is a volunteer with the Court Appointed Special Advocates of Monterey County. The nonprofit has more than 40 chapters in California.

In California, there were more than 56,000 children in the foster care system for at least part of the year in 2011. The average stay for most children before they return to family members or find a permanent placement is about 18 months, according to CASA representatives.

In Monterey County, there were 263 children in foster care last year, according to Child Welfare Services Reports for California, University of California at Berkeley Center for Social Services Research. Siobhan Greene, the executive director of CASA of Monterey said they could use at least 60 more advocates in their county alone.

“We’ve had a tremendous amount of influx into our system in the last 30 days,” Greene said just before Thanksgiving.

She said the agency added an additional training and information session in December to boost the number of advocates available. She also sent emails out to past advocates who have been trained but have been inactive.

But while rural counties such as Monterey may have fewer children, they also often have fewer certified foster parents, which can make the job of advocates harder as children may be placed outside the county in which they are in the court system.

“All the children are in the Monterey jurisdiction, but some are placed out of the county and it’s always a challenge to try to find an advocate for a child not living in the area,” she said.

Greene said the keys to being an advocate are commitment, consistency and strong boundaries.

“It is someone who does not take a young person’s behavior personally,” she said. “They can be kind of unhappy and we have to be able to be really balanced and not take it personally.”

The emotional defenses of foster children can be difficult to break through, but it’s possible, Salazar said.

“When we first met, he was really quiet and reticent about talking about everything,” Salazar said. “I was just another adult. But as we spent more time together, the fences started to break down.”

The teen, whose name Salazar kept to himself as part of the confidentiality required of advocates, has opened up to him.

“Last year, he wanted me to sit in on his therapy sessions because he felt safe with me being there,” Salazar said.

As an advocate, volunteers meet with foster children of all ages at least once a month. The advocates serve as a representative in court who is looking out for the interest of the child, but they can also help with making decisions about the child’s education or other needs.

When the teen he works with was having some problems in school, Salazar said, he helped to schedule tutoring. They have dinner together at least once a month. The time commitment for most advocates is about 10-12 hours a month.

“We talk a lot about what his plans are for when he gets out of school,” he said.

Salazar plans to keep in touch with the teen even after he becomes emancipated from the foster care system next year.

The advocates are asked to make at least an 18-month commitment, though some such as Salazar stay with the child longer.

“Our goal is not to have a revolving door of CASAs, but one consistent person in the life of the child,” Greene said.

Salazar said the training process helped him to learn what kind of commitment was required and also what types of challenges he might face.

“Talk to people in the organization – anyone who is an advocate – to get the full scope of what is going on,” he said. “Having a positive effect on somebody’s life – there is a tremendous amount of reward in watching someone grow.”

While a large part of the advocate’s duties is to represent the child’s legal and educational rights, CASA also provides some social support for the children. Each year during the holiday season, they orchestrate a toy and gift drive that collects items for children from infants to teens. At one of the CASA chapters, the employees put together a wish list for individual children so that community members can “adopt” them for the holidays. CASA of Monterey had a fundraiser and gift drive planned for Dec. 8.

But more than the toy drive, Greene is focused on getting more advocates trained.

“They have to be nonjudgmental – that is very important,” she said. “They can’t be judging the children or their family. They need to be there to be objective and helpful. We look for people with a good deal of compassion, a good sense of humor, who when they say they are going to do something, we know they are going to be there.”

The advocates work with an advisor at CASA, but they also interact with social workers, lawyers and others in the court system.

“They all do better when life is not filled with chaos and change,” Greene said. “Not temporariness. That holds true for all of our children.”

Advocates give voice to foster children