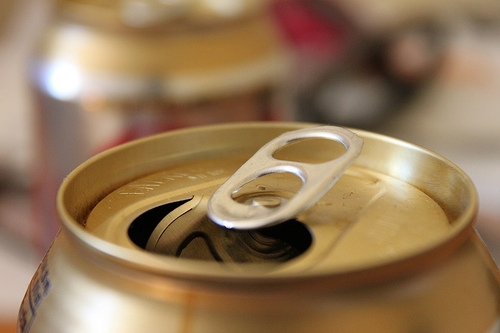 A heated debate continues in Richmond over a controversial soda tax that voters will decide on in the November election. The measure has drawn national attention and the American Beverage Association has spent millions of dollars to defeat the measure.

“We’re going to be able to do something that no one else in the country has done, which is really reverse this obesity epidemic and protect our children,” said Councilman Jeff Ritterman, the Richmond city council member who is championing the tax, “We need everybody’s help to do that,” he said.

The bill, known as Measure N, would place a penny-per-ounce tax on sugar-sweetened beverages, such as soft drinks or sweetened fruit juices, beverages that experts say greatly contribute to a variety of health problems, especially in children. Measure N is accompanied by another, Measure O, an advisory measure would funnel funds raised from the tax directly into anti-obesity programs.

“There’s so many people who don’t have any idea that what they’re drinking is doing so much damage to their bodies,” said Christine Atkins-Brooks, a health and wellness educator who works with students in 5th grade through high school.

Atkins-Brooks has seen firsthand what poor eating habits can have on kids. “People talk about, oh when you go to college and get the ‘freshman 15,’ well sugar puts on the freshman 15 when you’re 9 or 10,” she said.

“Consumption of sugar-sweetened beverages is directly associated with obesity, Type 2 diabetes and cardiovascular disease,” said Roberta Friedman, Director of Public Policy at the Rudd Center for Food Policy and Obesity at Yale University.

A study published in April indicated that regular consumption of sugar sweetened beverages – approximately one a day – was associated with coronary heart disease in men, and another published in May indicated soda consumption significantly increased the risk of stroke in both men and women.

While the Rudd Center does not advocate for specific legislation, such as that in Richmond, Friedman says their focus is on change that would affect the entire population. In that sense, she says, a soda tax would be effective.

“The research that we’ve done says that a sugar-sweetened beverage tax can help reduce consumption,” she said.

Similar taxes had been proposed and failed in New York City, Philadelphia, and Washington D.C. If the measure passes in Richmond, it will be the first in the country. Proponents of reducing sugary beverage consumption hope that it will create a ripple effect causing other cities, and eventually states, to follow suit.

But there are also those who strongly oppose the tax, and their backers have deep pockets. The beverage industry is leading a group to defeat Measure N. The Community Coalition Against Beverage Taxes is the group responsible for the “No on N” campaign.

Recent campaign finance reports indicate that $2.5 million has been spent on the campaign to defeat the measure, compared to about $69,000 collected from the measure’s supporters.

Opponents say it is a regressive tax, that it will put local businesses at a disadvantage while raising the grocery bills of the families who can least afford it.

“It taxes businesses, it isn’t tied to behavior,” said Chuck Finnie, a spokesman from the San Francisco-based public relations firm hired with ABA funds to create the anti-tax campaign.

The tax is a business license fee paid by the seller and it is at the discretion of the business how they decide to transfer that cost to the consumer.

“It’s going to take money out of peoples’ pockets, it’s going to hurt local businesses because they’re going to lose customers, and the money goes right into the city’s general fund,” Finnie said.

When asked about this, Ritterman points out that the costs of caring for a large percentage of obese adults in the future – if current habits persist, the city is hurtling towards a 42 percent obesity rate when its children reach adulthood – are far greater.

“You can’t run a successful city if almost half your people are going to have chronic illness,” Ritterman said. “The cost will be huge, and everybody who studies health, everybody who knows anything about medicine, knows prevention is incredibly cheap compared to rehabilitation and so on.”

The tax has also been criticized as being too broad. As it is written, Measure N will include taxing hundreds of products, and makes no exceptions for beverages like infant formula or nutritional drinks marketed to seniors, both of which are often sweetened with sugar.

Ritterman has promised to clarify the language to exempt formula and drinks like Ensure, but critics say that asking voters to entrust this will happen is risky.

According to Finnie, the money spent has been to educate voters to what he says the tax is really about, and not let the beverage industry become the sole scapegoat for increased levels of obesity.

Finnie said that many factors come into play that determine a populations’ health, such as access to health care and quality food choices.

He pointed to a 2011 study indicating a downward trend in sugar consumption, but obesity levels still remained on the rise.

A “soda tax” is also currently on the ballot in the southern California city of El Monte. There the ABA has spent nearly $1.3 million in the campaign to defeat the measure there.