Changing a Merced school, one Tiger Dad at a time 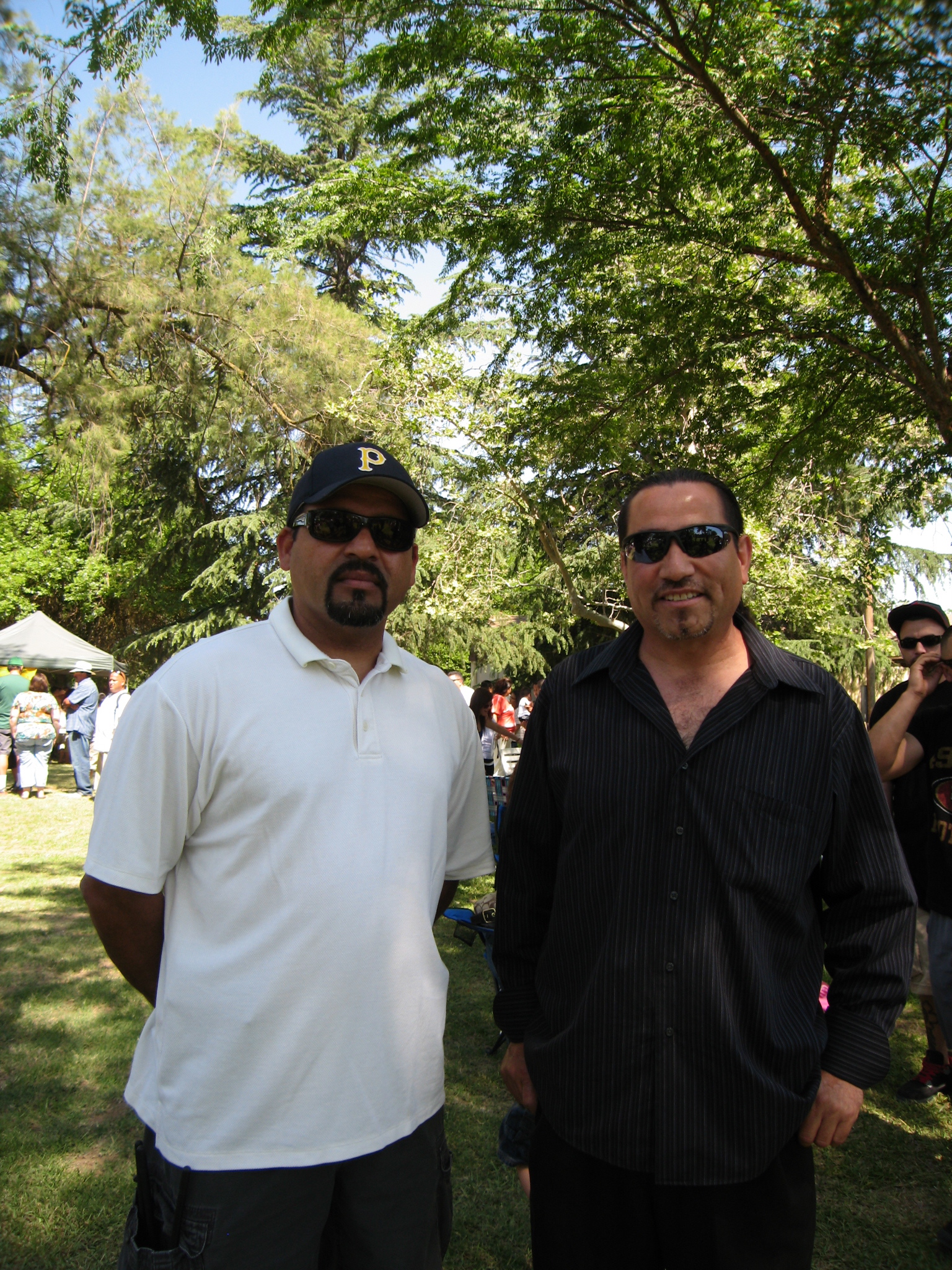 There’s a movement afoot at Merced’s Cesar Chavez Middle School and it has nothing to do with improving test scores, increasing literacy or battling bullying.

While it’s true that those three things could result, this effort is all about students’ dads.

It’s called Tiger Dads, and it’s a group that aims to tighten the bond between a father and his children. It began a couple of years ago when Principal Ildefonso Nava noticed that not many dads were attending student‐teacher conferences and other school events.

“I wanted to have more dads participate in school,” he says. “It was always only mothers.”

So, two years ago, he held a dads‐only meeting. The men talked about ways in which they could help their community, including the middle school, which has 230 students of mostly Hispanic heritage. The one‐time meeting eventually morphed into the Tiger Dads club, which meets once a month and has 24 members. The group might hear from a motivational speaker or plan an activity.

Residents of Merced can spot the men, sporting their Tiger Dad T‐shirts, hauling away garbage from streets and alleys or scrubbing graffiti from buildings and fences.

Seeing the men hard at work has a positive impact on neighborhood residents, Nava says. The message is clear and simple: “This is our town. We’re not going to put up with it.”

Tiger Dads also make their presence known in fun ways. They served sno‐cones at a recent spring outreach festival to the tune of 1,200 drippy treats.

Nava says he had a hunch that once dads came to one event, they’d be “hooked.” And that can happen in more ways than one. When he announced an ice cream social this year, Nava says the dads expected a time to just relax, talk and enjoy themselves with their children.

While the good times and calories did roll, there also was a serious purpose to the gathering that the dads didn’t know about beforehand. A question was posed during the social for the dads to answer for their children and for the children to answer for their dads. The fathers were told to ask their children: If you could change anything about me, what would it be? And kids were told to query their dads: I know I’m important, but how important am I?

Pretty serious stuff, and Nava acknowledges that the questions and answers “changed the tone a bit.” But he says he wants Tiger Dads to accomplish something beyond better communities. “Our goal is to change the culture,” Nava says.

Long, hard hours in agricultural fields are the norm for many Cesar Chavez fathers, many of whom speak Spanish only. “Some of our parents just work, work, work,” Nava says, leaving them without much time or energy to interact with their kids.

Through membership in Tiger Dads, men “get that ‘Our role is important,’ ” he adds.

Education is an important aspect of the club. Nava says that the dads learned at one meeting what steps were involved in getting their children into college. And this spring a speaker talked about the role of a father and how traditions and customs in a family affect a child.

The change in the dad‐child relationship is playing out at Cesar Chavez, according to Nava. “We’ve already started to see the impact on the kids.”

“You can really tell in these students. Their self‐esteem has gotten better.”

He tells about girls in his school who were always tardy. That changed once their father became a Tiger Dad, Nava says. “Once their dad got involved, they have almost perfect attendance.” Of youngsters who were acting out and causing problems during school hours, he says, “their behavior changed.”

Nava says he believes the improvements he and his staff are seeing are a result of Tiger Dads getting the message about their kids that “if they’re in school, they do better.”

One dad says that he feels becoming a Tiger Dad has made him a better person and a better parent.

“It’s helped me unfold myself,” says Silverio Damien, father of Vanessa, an eighth-grader at Cesar Chavez Middle School, and Anahi, a sixth‐grader. He became a member of the club during this school year. He speaks about what the club has meant to him as Nava interprets for a reporter.

“It’s very important to support your children,” Damien says, “and be involved with the community and your children.”

He adds that he’s learned ways to help his daughters “and guide them to be better people.”

Before joining Tiger Dads, Damien says, his voice would be a “little louder” when speaking to the girls. Now he has more confidence as a parent, he continues, and says he feels “prouder.”

He laughs as he talks about his membership in the club being important to Vanessa and Anahi. “They’ll ask me, ‘Do you have a meeting today?’ ”

Nava, dad to Julian, 17, and Cristian, 15, has been principal at Cesar Chavez for eight years. Before that, he taught history, language arts, industrial arts and fine arts. He says that a club like the one he started brings “a change in a community,” whether people belong or not.

After serving as an announcer at the recent Community Day parade in Planada, Nava gestures toward a barbecue pit. It used to take hours to wrap the meat for the event.

This year, 500 pounds of meat were wrapped in 45 minutes because so many more people pitched in, according to Nava.

He says that groups like the Tiger Dads go far toward encouraging all kinds of activism. For instance, Silverio Damien started a Neighborhood Watch group after joining the club, according to Nava.

For him, the goal is to change a school, a neighborhood, a city one dad at a time. “We try to get everybody involved, to take ownership.”

Changing a Merced school, one Tiger Dad at a time