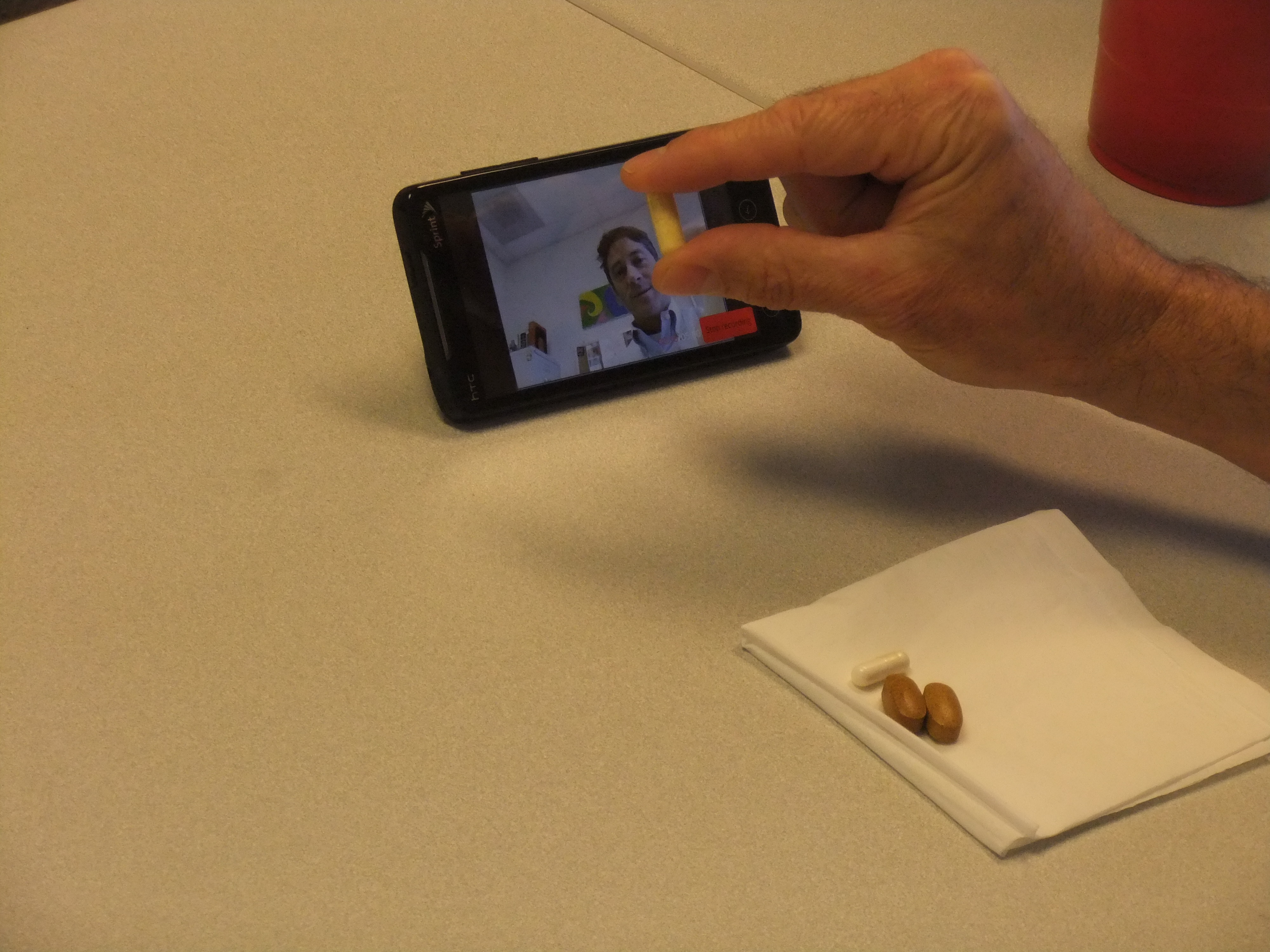 Now that Sayuri Linet Salazar is feeling healthy again, the 19-year-old admits she’s sometimes tempted to abandon the time-consuming treatment for her tuberculosis. The college student of Ensenada, Mexico said she’s grown tired of planning her life around medication.

Every morning she reports to a health clinic, where nurses watch her swallow pills that combat her tuberculosis or TB, a contagious bacterial infection that attacks the lungs and can spread to other organs. For the past year the daily 9:30 a.m. procedure has kept her from attending classes she needs to finish her dentistry studies, she said.

Researchers at UC San Diego hope that a new video tool they are developing prevents patients like Salazar from defecting treatment by making it more convenient for doctors to monitor their medical intake.

The recovery of TB patients in Mexico, especially those battling drug-resistant TB strains, is vital to public health in California, said Timothy Rodwell, an assistant professor with UC San Diego’s Division of Global Public Health who specializes in TB control.

Because Mexico and California share a constant flow of people – approximately 75,000 cross from Tijuana into San Diego daily – diseases move easily between the two populations.

Like most airborne illnesses, TB can spread quickly – when an infected person coughs or sneezes out bacteria, anyone within breathing range is at risk. Strains of TB that originated in Mexico have already been found in several California patients through DNA fingerprinting. Health officials on both sides of the border agree that the only way to control TB in California is to combat the steady rise of drug-resistant TB in Mexico’s border cities.

And the only way to stamp out the disease in Mexico, or anywhere, is for patients to consistently finish their treatments. When they don’t, not only are patients likely to relapse, they also risk developing resistance to TB medication. In recent decades, lackadaisical dosing has fueled several new drug-resistant strains of TB that are increasingly difficult and expensive to cure.

To guard against patients cultivating drug-resistance, the modern standard in TB treatment requires health workers to observe TB patients consuming their meds, a practice known as directly observed therapy. For patients who can’t get to a clinic, a nurse’s aide visits their homes or workplaces daily, a situation that can become embarrassing, even stigmatizing, for patients. But health officials say the practice prevents patients from taking their drugs off and on and unknowingly sowing the next superbug.

UC San Diego researchers are hoping that their new technology will satisfy both the need of doctors to monitor patients as well as patients’ desire for convenience.

The new tool is essentially a smart phone with a streamlined video program that lets doctors observe a patient’s medical intake remotely. Patients would simply press a few buttons on a mobile phone to record video of themselves taking their pills. The phone would then send the video message through a secure computer network to their doctors.

While some patients have communicated with doctors using Skype – a program that allows real-time video chat – health officials say there are too many security questions and possible issues with patient confidentiality to make that a widespread practice.

But some doctors don’t like that the technology wouldn’t allow for live dialogue between a patient and health worker and argue that it’s not real-time enough. The vast majority of patients testing out the technology are giving it rave reviews mainly because it allows them more freedom, said Richard Garfein, a professor with UC San Diego’s Division of Global Public Health who is leading the video-monitoring study.

“If you think about it we don’t want to dictate how people live their lives. The goal is for people to take their medicine so that they don’t develop drug resistance,” said Garfein, who studies the epidemiology of infectious diseases. “We want a process that works better for the patient, costs less for the government and feels less patronizing for the patient.”

The video-phone experiment started last year with 51 TB patients, 43 from San Diego and eight from Tijuana, who were asked to consume their meds via video at designated times. So far the video-phones are helping doctors track the medical progress of patients who commute, something that was previously out of reach.

“Some patients travel back and forth across the border. If they live in TJ and work in San Diego, it’s almost impossible to go to them,” Garfein said.

If a TB patient cannot be regularly monitored, it’s unlikely that he or she will ever complete treatment. When health workers can’t see patients taking their day’s medicine for whatever reason, that dose is not counted and doctors simply add another dose to the end of the patient’s treatment period. It’s not uncommon for a treatment expected to last six months to drag on for seven or eight, Garfein said.

Of course, for TB patients receiving medicine by injection or enduring harsh side effects, a video check-in won’t work since they likely need a nurse’s assistance daily, Garfein and other experts say. There may also be patients who prefer daily exchanges with a health worker because the visits provide a vital support, Rodwell said.

“To keep taking multiple drugs every single day for one to two years takes a level of effort that is difficult for any human being to sustain,” Rodwell said. “TB patients can get cut off from important aspects of their lives, sometimes their jobs or their loved ones, and that affects their sense of worth. So a D.O.T (directly observed therapy) worker is there to keep them in the saddle and encouraged that there is an end in sight.”

“What we’re hoping for is a real-time cell-phone solution, like Skype on a mobile device but with better security,” Moser said. “We like to be able to talk to the patients and hear about any issues they’re having. And if they’re not there for their dosage, we’d like to know right then,” so health workers can start trying to get in touch, she said.

“Some people like their assigned public health worker to come to their house so they can have an interaction,” Moser said. “For other people a video transmission will be perfect.”