From soldier to farmer 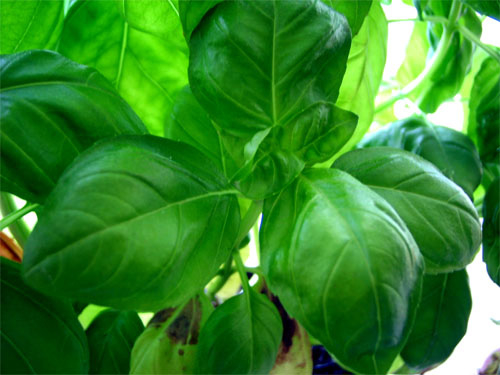 The hills near Valley Center in San Diego roll gently, and the quiet there is a contrast to the war Marine Sgt. Colin Archipley left behind. He now grows basil and organic produce for local grocery stores and farmers’ markets instead of fighting insurgents, a respite from two tours of military service in Iraq.

Coming home, the young Marine needed a second act. Archipley and his wife, Karen Archipley, founded their farm, Archi’s Acres in 2006. They quickly developed a twofold mission: to operate a small-scale organic farm and to help soldiers make the leap from fighting abroad to emissaries for good food and entrepreneurialism.

The couple belongs to a budding veterans-to-farms movement, intended to help farmers and former soldiers. Recruiting vets and returning soldiers released from military service may help to reinvigorate aging farming populations. Many are expected to retire within the next decade.

Archipley’s entry into agriculture was circuitous. Growing up in Northern California he had never envisioned a career in farming until he became one himself. After three tours of duty, Archipley was at a crossroads. His initial plan was to sell real estate. But the thought of an office job and the vagaries of driving clients around town seemed implausible at best, he said.

The housing market had collapsed. At the time, Karen Archipley campaigned for relocating to Tuscany in Italy. Colin Archipley wanted to remain stateside. They agreed on a small avocado farm located on the backside of Camp Pendleton, in a vibrant landscape fecund with possibilities. San Diego County is the 12th largest farm economy in the United States with annual revenues in the billions of dollars.

Farming suited Archipley and he saw the potential to help other veterans. “Soldiers need a mission and farming provides that,” he said. Soon, the Veterans Sustainable Agriculture Training program (VSAT) began.

Inside a large barn-like building turned classroom are a mix of enlisted, reservists and retired military. Students are expected to master the fundamentals of irrigation, hydroponics and marketing, with the long-term goal of being self-employed. At the end of six weeks, they’re expected to present a business plan to local agriculture entrepreneurs and potential investors.

Initially they offered informal internships. The program is now administered by Mira Costa Community College and has grown via word of mouth, with assistance from a network of friends and colleagues both inside and outside military channels.

“The advice I give to them is to know your product and to know your market,” said Dwight Detter, a Vietnam veteran and produce specialist for Whole Foods supermarkets whose focus it is to identify new vendors.

In the waning days of the winter session, students are busy finishing their business presentations, marking the final hurdle before graduation and the possibility of new careers.

Each student has different agendas, but with one clear goal in mind — to be self-employed and financially secure. Victor Love, 45, hopes to make the transition to food entrepreneur. Reagan Clark, 34, lately of the Occupy Dallas movement, wants to create an earth-friendly laundry detergent. Lance Corporal Justin Roberts, 22, one week shy of leaving the Marines, intends to return to South Carolina with plans to grow organic tomatoes on family property.

Many of the veterans arriving at Archi’s Acres bear the invisible wounds of war, Karen Archipley said, such as post-traumatic stress disorder (PTSD), and brain-blast injuries. The pernicious effects of combat duty can make the transition from soldier to civilian life more difficult.

According to the research foundation the RAND Corporation, 1 in 5 soldiers of the 1.6 million troops deployed to Iran and Afghanistan from 2001 to 2007 may suffer from PTSD, approximately 300,000 cases.

Farming allows soldiers to decompress, but more broadly gives military personnel a sense of purpose, Colin Archipley said. For him, the benefits of growing food are tangible. “At the end of the day you can say honestly you’ve accomplished something and contributed to your community.”

It’s difficult to quantify the psychological benefits of farming, but the stories of VSAT alumni are a testament to the program’s impact. In 2004, “Forager” Mike Hanes enlisted in the Marine Corps at age 18.

In Baghdad, he manned a .50-caliber machine gun mounted atop a HumVee vehicle. “When you’re trained to kill, pull the trigger and then are in combat, it’s kind of difficult to turn that off,” he said. He returned to the United States unable to hold a steady job.

Adrift, he eventually lived outdoors. Sleeping in the dense undergrowth of San Diego’s trails, a place where he felt comfortable, he said. He still completed a degree in environmental studies during this period, he said.

In 2010, he ran into the Archipleys while attending Earth Day in Balboa Park in San Diego. He was immediately hooked. Although he struggled through the program, he graduated in 2011. Now, with help from VSAT, he’s the founder and proprietor of Hot Dang !!!, a raw foods hot sauce sold at Whole Foods supermarkets in Southern California and through his website.

“It’s something I can show to my daughter and be proud of,” he said.

From soldier to farmer