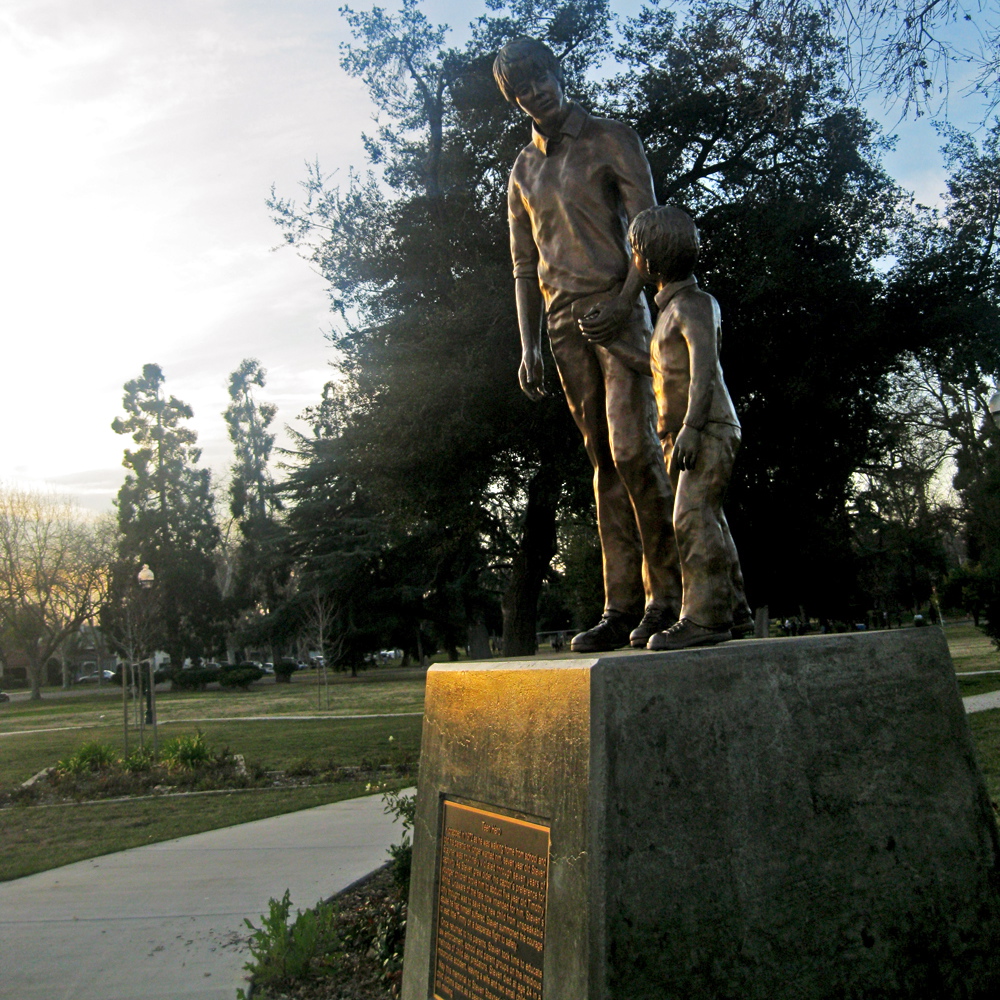 The controversial plaque is an opportunity to talk to kids, advocates say

A plaque erected in Merced to remember missing and exploited children has drawn the ire of some parents. The blunt language is not something they want to explain to their children, they say.

But child advocates say the discussion does not have to be so difficult, and it can prevent future heartache.

“My first question is how old are these children? If they can read the plaque, then you should be having a conversation with them,” Lindy Turner-Hardin, director of the San Joaquin Child Abuse Prevention Center said.

The best way parents can prevent child abuse and protect their children is to start talking about it with their children no matter their age, she added.

The plaque at the center of the controversy is at the base of a memorial to Merced native Steven Stayner, and reads in part: “Kidnapped in 1972 as he was walking home from school and told his parents no longer wanted him, seven year old Steven Stayner was routinely violated through seven years in captivity.”

Since its installation, social boards and opinion pages of the local newspaper have been platforms for parents who say it is disturbing and should be removed. Others argue it should remain because it tells the tragic truth about what happened to a local boy.

Turner-Hardin and other abuse prevention advocates said it is an opening for parents to broach the subject with their own children.

Part of the parenting experience should be to have an ongoing age-appropriate conversation about good and bad touching, Turner-Harding said, and “above all we should let our children know that none of this is secret,” she said.

Because sexual abuse is often kept secret, statistics about how often it happens vary widely. Reporting by adults suggest that 1 in every 4 women and 1 in every 6 men were sexually abused before the age of 18. According to the California Child Welfare Performance Indicators Project, 4,539 substantiated sexual abuse cases were reported in California between October 2010 and September 2011, 34 of which were in Merced County.

The victim knows their abuser in about 90 percent of the cases, according to Childhelp, a child abuse prevention organization. So although what happened to Stayner was tragic, it is also rare compared to the bulk child abuse reporting, said Monica Adrian, program manager for the Caring Kids program at Merced County Office of Education.

“It’s not that we shouldn’t be talking to kids about stranger danger, we should, but it is more important to talk that it could be anybody that the child knows,” Adrian said.

Noticing the need to raise awareness about childhood sexual abuse and prevention in Merced County, the Great Valley Center received some funding through the Child Abuse Prevention and Treatment Act and is working with Adrian and M.C.O.E. to develop a DVD for parents that will help them to open the lines of communication between themselves and their children.

The video, titled “No More Silence,” will offer parents different approaches to having this very difficult talk with children of all ages.

“We feel that one, you are going to help kids understand that this could potentially happen to them so they are going to be aware of their own surroundings,” Adrian said. “Also if somebody did approach them, the kids will be more likely to come to the parents because they will already have had this conversation, they have permission to come and talk to them, they would not get into trouble, they will be believed.”

Adrian said that just by working on the project she, her staff and the actors in the film have become more vocal about the subject with their own family members.

Bridget Mitchell said she had to talk what molestation means to her 10-year-old-son, who was hired to play one of the children in the dramatization scenes.

“He couldn’t believe that it actually happens,” she said. “He wondered ‘people actually do this?’”

Mitchell said it was the first time she and her children – she also has a 13-year-old daughter – have talked about such a disturbing subject. But she is glad they did, and feels that her children are safer because of it.

“I didn’t talk about it before because I felt like I didn’t want to taint them,” she admitted. “But we had the perfect opportunity.”

Jami Westervelt, the Great Valley Center’s senior program manager, said the DVD is only part by of the awareness campaign they also plan to conduct workshops with children on how to stay safe. She said they particularly wanted to reach parents, especially Spanish-speaking parents whose culture is a little more conservative, and language-appropriate materials are not necessarily available to them.

“We do recognize the cultural barriers and for Hispanic families; it’s difficult to think that it can come from your own home,” she said.

Norma Barragan, 32, doesn’t ever remember talking about sex, let alone inappropriate sex, with her Hispanic family growing up, and she didn’t want to let the opportunity go by with her twin girls.

Barragan, who also works for M.C.O.E., translated the script into Spanish, delved into the conversation while doing laundry.

“I didn’t even make eye contact, that is how nervous I was,” Barragan said.

She warmed up with a few questions about abduction and being touched in a “bad place” and was surprised that her twins had “all the right answers” and they said “we don’t keep secrets, right Mommy?”

“It is difficult the first time, now it’s part of our everyday conversation. You know, you don’t want to say these things to these little ones, you want to keep them innocent. As a parent you don’t think this is ever going to happen,” she said.

A conversation is one of the most important ways parents can keep their children safe, but Turner-Hardin and Adrian said there are other steps parents take to improve their children’s safety, like restricting Internet access, smartphones, and keeping a close eye on who comes into contact with your child.

“It’s not possible for you to be with your child all the time, but what you can do is to thoroughly vet anyone who has contact with your child,” Turner-Hardin said.

Adrian said she has been following the Styaner plaque controversy on the blogs. While some of the comments are negative, she said, there is an overwhelming positive response from people who say it gave them an opportunity to broach the subject with their children.

“I am so grateful for the plaque and it’s contents for stimulating a conversation that may ultimately keep my child safe,” posted one commenter. “I think Steven would be proud.”