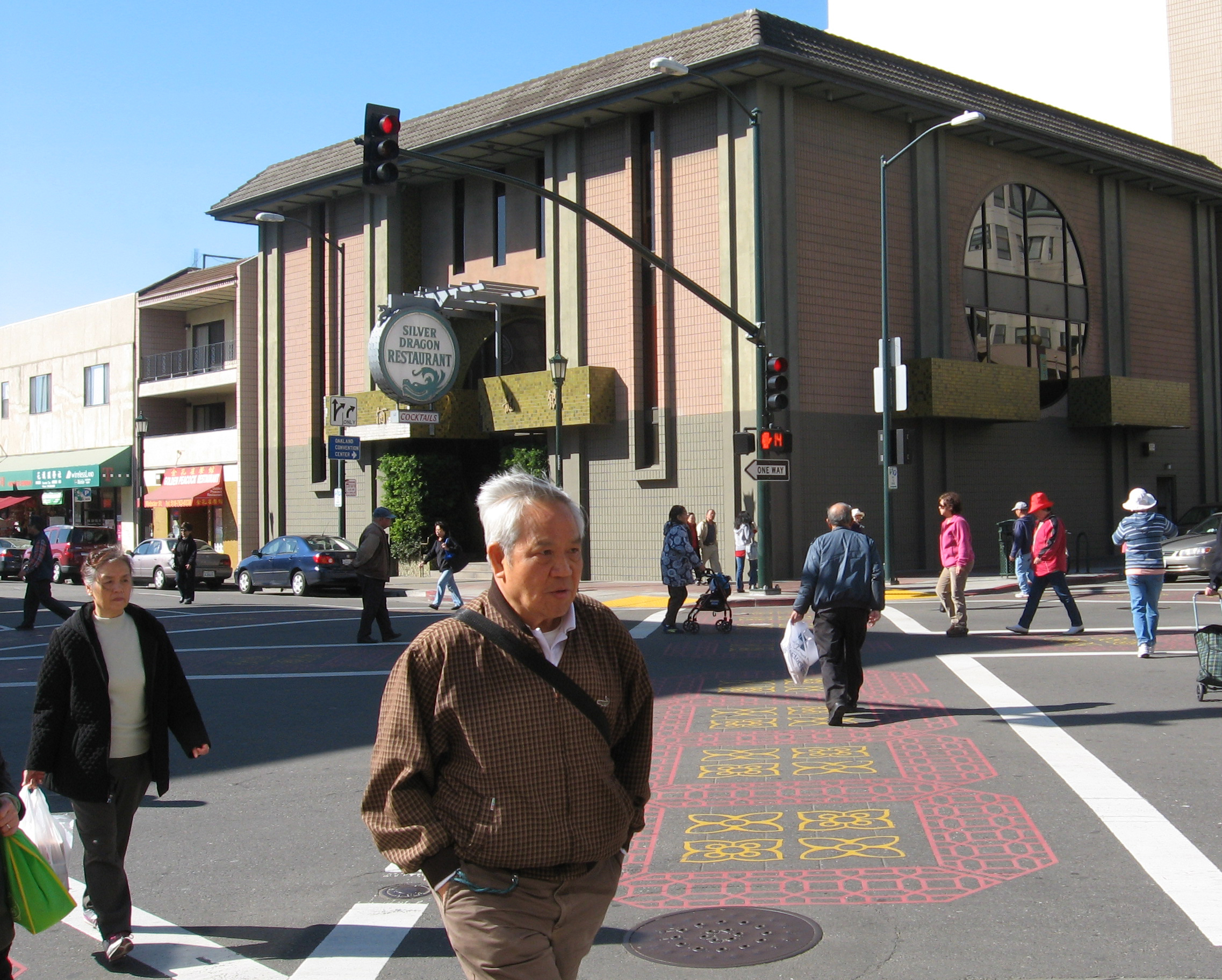 When Sherry Hirota learned that healthcare reform meant community clinics like hers would be expected to double their capacity, she wasn’t surprised.

“Across the board, it was understood that health centers would be called upon to be the work horse to expand,” said Hirota, the Chief Executive Officer of Asian Health Services in Oakland. They had the know-how to deal with the health issues that tend to afflict the uninsured and under-insured.

There was just one problem – and it was a big one.

Asian Health Services is a thriving clinic in the city’s Chinatown. The health center is a long-trusted community hub for established residents and new immigrants alike. But it is also already overwhelmed with needs for primary healthcare it cannot meet.

Asian Health Services had a list of more than three thousand people waiting for their primary care services in 2010. They were serving more than twenty-five thousand people with more than one hundred thousand visits a year, and their clinic on Webster Street in Oakland’s Chinatown just couldn’t fit in any more patients.

Now, with the help of stimulus funds, money from federal healthcare reform grants and private investors, the clinic has opened two new locations. They’ve also acquired the historic Silver Dragon restaurant building in Chinatown. That will become a new clinic serving up to ten thousand clients in 2013.

Asian Health Services began almost 40 years ago after students, doctors and community members went door-to-door in four blocks in Chinatown to ask in Chinese if people were getting adequate healthcare.

They found that Asians in the area were using the healthcare system half as much as other Americans because of lack of insurance and language barriers. So they started providing healthcare with a small budget, one part-time doctor and lots of volunteers.

These days, when you step out of the elevator on the second floor of the main clinic on Webster Street, you’ll be among 50 to 60 patients, doctors and clinic staff – all speaking as many as nine different Asian languages.

Patients step up to a registration window with signage in their language hanging above it to check in for appointments or to speak with a nurse.

Asian Health Services found that many low-income immigrants are bewildered by the healthcare system and needed extra help navigating it. So those patients can go to a window next to registration and speak with a patient navigator in their language to learn about what is available at the clinic or within the healthcare system.

Eighty-five percent of the clients at Asian Health Services say they don’t speak English well. For patients like 60-year-old Ngoc Huong Thi Tran, whose limited English led to her hospitalization in 2002, the lack of language skills translated into a serious and avoidable health problem.

Tran came to the U.S. in 1996 and learned enough English to get by at work. Six years later she went to an urgent care clinic in Contra Costa County with severe diarrhea, only to be told her insurance had expired and she needed to go home and reapply for it by phone. It was too hard for her to navigate the system in English, so she tried to solve her problem with over-the-counter medication.

She was sick for six months, and eventually bedridden with swollen legs. Tran was taken by ambulance to a hospital in Martinez where there were no interpreters. After two days, the doctors realized that she had a virus in her intestine. By the time she was diagnosed, a half a year after she first sought care, she’d lost 40 pounds.

“My life was saved,” wrote Tran on Asian Health Services’ website. “But now I have to take medication for the rest of my life.”

Asian Health Services provides care to people despite their insurance status. Forty-four percent of their clients are on Medi-Cal or a combination of Medi-Cal and Medicare, and 37 percent are uninsured.

Four percent of their clients elect to come with private insurance.

“Which is already a testament to Asian Health Service’s ability to be the provider of choice,” Hirota said. “People come here because they feel comfortable. The language is spoken in a way in which they understand what the doctor is saying. They understand the medication they’re being prescribed. They understand what they need to do in terms of their own self-care management that will potentially keep them healthier and out of the hospital.”

The demand for their services has always been greater than their capacity. The Asian population doubles every ten years in Alameda County.

“Every time we open up a new facility, within a year or two it’s filled up,” Hirota said.

Asian Health Services was able to open the 8,000-square-foot Frank Kiang Medical Center in 2010, with the help of economic stimulus money, to provide primary care to five thousand new patients.

“Within two years it made only a small dent in the amount of patients who are still seeking to get care here,” Hirota said.

Everyone seeking care at Asian Health Services goes through a triage process. Those with urgent needs are able to see a doctor. But others seeking primary care are only able to pre-register for their services. Right now that list is about 3,000 people.

So Hirota was thrilled when $1.5 billion was made available through the Affordable Care Act in capital grants for community clinics to renovate or build new facilities.

The Department of Health and Human Services is issuing the money in two blocks. In the first block they issued $732 million nationwide. A little more than $80 million of that went to clinics in 13 California counties.

Another $700 million will be granted in spring of 2012. But the amount meets less than half the demand. HHS received more than 700 applications with requests for more than $1.6 billion.

Asian Health Services was the only agency issued a grant in Alameda County in the first round of funding. They were awarded $5.1 million and started looking for a location for a new clinic. The owners of the historic Silver Dragon across the street asked if they wanted to buy their property when the restaurant closed after 55 years of operation.

“This is their family’s legacy,” Hirota said, adding that the center was very grateful for the family’s support.

The $5.1 million will cover all the construction costs and bring 100 construction jobs to the neighborhood. They’ll start in March and plan to open in the first months of next year.

Asian Health Services expects the whole project to cost $10.5 million. They’ve secured $3 million in New Markets Tax Credit equity and plan to raise $2 to 3 million in a capital campaign in 2012.

The three-story building will have 20 exam rooms for a family practice and geriatric care. On the ground floor will be community rooms for events like workshops on preventative care and new legislation, as well as an area for helping people sign up for health coverage at the clinic.

Asian Health Services routinely holds general meetings where more than 400 patients show up to hear about healthcare issues. They provide interpreter headsets so that everyone can listen in their language.

Once the new clinic opens, the health center will have two primary care clinics and a dental branch all within one block in Chinatown.

“It will be a nice campus,” Hirota said.

She expects that half of the currently uninsured will become insured when the federal health reform law takes full effect in 2014.

Most of those who will remain uninsured are undocumented immigrants and immigrants in the first 5 years of their legal residency. So Asian Health Services still expects to serve those who don’t qualify for insurance.

Hirota plans to do outreach to help people determine their new healthcare options once they have the room for new patients. In the past, they’ve worked with the Asian media and held public forums to raise awareness about legislation such as welfare reform and the creation of the Healthy Families insurance program.

“Which maybe accounts for why we always have this demand that goes beyond our capacity,” Hirota said.

That’s fine with Hirota, who sees advocating for patients and understanding their unique needs, whether that’s treating particular illness or navigating a confusing system, as part of the clinic’s job.

“I think that as new populations emerge, then it is sort of our responsibility to be not just the provider, but sort of the advocate and the voice for the community,” Hirota said.

Note: This story has been corrected. An earlier version of the story misstated Sherry Hirota’s title and the amount raised to fund construction of the new facility.