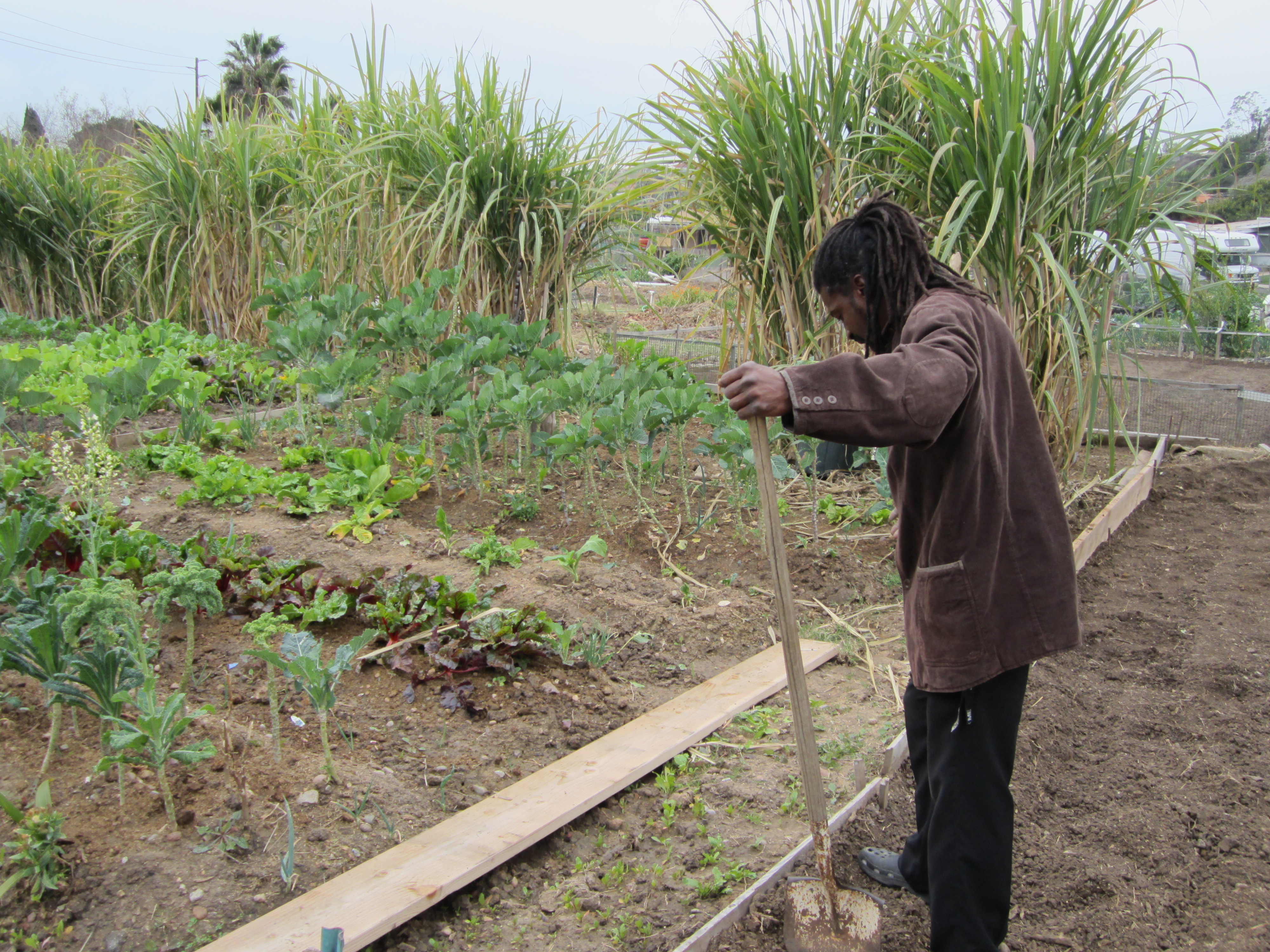 What started as a nonprofit group’s entanglement with bureaucracy while trying to plow a community garden in an impoverished neighborhood has ended with California’s second-largest city relaxing its rules on farmers’ markets and making it easier to grow crops and keep farm animals in residential areas.

The changes bring San Diego in line with more progressive Northern California cities and toward the forefront of the urban agriculture movement sweeping the nation, backers of the revisions say.

“There were a lot of pretty prohibitive rules in the city of San Diego,” said Judy Jacoby, founder of the nonprofit San Diego Community Garden Network. “This is a big step forward.”

“It’s going to add to the quality of life in our city,” Gloria said after the Jan. 31 council session.

“As we become denser and more vertical in our communities, were going to need more opportunities to expand urban agriculture and grow our own food where we can,” Zapf said.

The revisions go further than eliminating what many found to be needless detours in selling produce grown on community farms; they cover everything from beekeeping to raising goats.

Under the new rules, most residents living in single-family homes can keep up to five chickens on their property. That number can rise to 15, as long as a coop is at least 15 feet from the property line, and up to 50, as long as the coop is at least 50 feet from any residential structure. Coops have to be predator proof, ventilated and clean, while providing at least six square feet per bird.

Roosters still are off limits.

Under the old rules, residents could keep up to 25 chickens, but all of the birds were restricted to no closer than 50 feet from the home. That meant chickens were effectively banned.

The city’s changes also allow goats in the yards of single family homes, though males must be neutered and the animals must be of the miniature variety. Goat products, such as milk and cheese, must be for personal consumption only. Finally, beekeeping will now be allowed in single-family areas, though no more than two hives will be permitted and they must be at least 15 feet from a neighbor’s home and 20 feet from a street, alley or sidewalk.

Hives must be in a protected area and screens are required in most circumstances.

“We’re trying to bring San Diego into line with a lot of other cities,” Eric Robinson, of the 450-strong San Diego Beekeeping Society , told the City Council. “Humans have been beekeeping for 5,000 years. This is nothing new.”

More people may be affected by loosening the city’s urban farming and farmers’ market rules, rules that many city officials said simply didn’t make sense. In the past, for example, setting up a farmers’ market on private property required an $8,000 deposit and a wait of up to six months for a conditional use permit. Setting up shop on public property could occur within a month for a nominal fee, but finding public spaces was difficult at best.

“This will open up more opportunities for farmers markets,” Jacoby said.

The revisions stemmed from efforts to establish a community farm in San Diego’s Mid-City District. The New Roots Community Farm finally opened after years of delays, but only after organizers, led by the International Rescue Committee’s San Diego office, paid some $40,000 in fees, filled out reams of paperwork and navigated a maze of regulations. Its success was marked by a 2010 visit from First Lady Michelle Obama and extensive media coverage that included a story in The New York Times. The co-op now has more than 80 growers, many of them from East Africa and Vietnam.

Under new guidelines, community gardens will be allowed on private property without expensive permits or having to cut through a thicket of red tape.

The challenges faced by New Roots led Gloria to seek changes in related ordinances. “It put the issue of urban agriculture on the radar,” he said.

It was after New Roots was planted that Gloria began hearing from others frustrated with San Diego’s rules. At a community coffee in 2009, he got an earful from a couple of North Park neighbors who were told they couldn’t keep a small number of chickens on their property. “They thought it was unfair. I agreed. I thought it was silly for our code compliance officers to have to spend all this time on chickens. It just didn’t seem appropriate to me.”

The city last March secured a $50,000 San Diego Association of Governments grant that was to pay for staffers to research and craft a new urban agriculture ordinance. That ordinance came to the City Council on Jan. 31.

“It was a modest amount of money for a short amount of time, and yet it yielded a substantial benefit,” Gloria said.
Dozens of residents turned up at the council meeting to back the revisions. Caroline Olsen-Van Stone was one of them, saying she came “to support access to fresh, healthy food for more citizens of San Diego. Not everyone could afford local produce from Whole Foods.”

San Diego thus joins a growing number of municipalities going back to the farm.

San Francisco, Oakland and Berkeley are credited with being at the forefront of California cities crafting updated urban farming regulations, with San Francisco changing its codes to allow the growing and selling of produce on less than an acre in residential neighborhoods and Oakland moving to allow virtually anyone to grow and sell produce from their property.

San Diego still has a long way to go to match urban agriculture leaders New York, with some 600 community gardens, or Chicago, which has roughly 400. Jacoby estimates there are close to 30 community farms in the region today, but she expects that number to double in the next couple years.

“It’s all part of the healthy food movement and also part of the food justice movement,” she said. “It’s the convergence of a lot of events, but there is an effort to make sure that more people have access to healthy, fresh food.”