One in 13 older Californians face risk of hunger 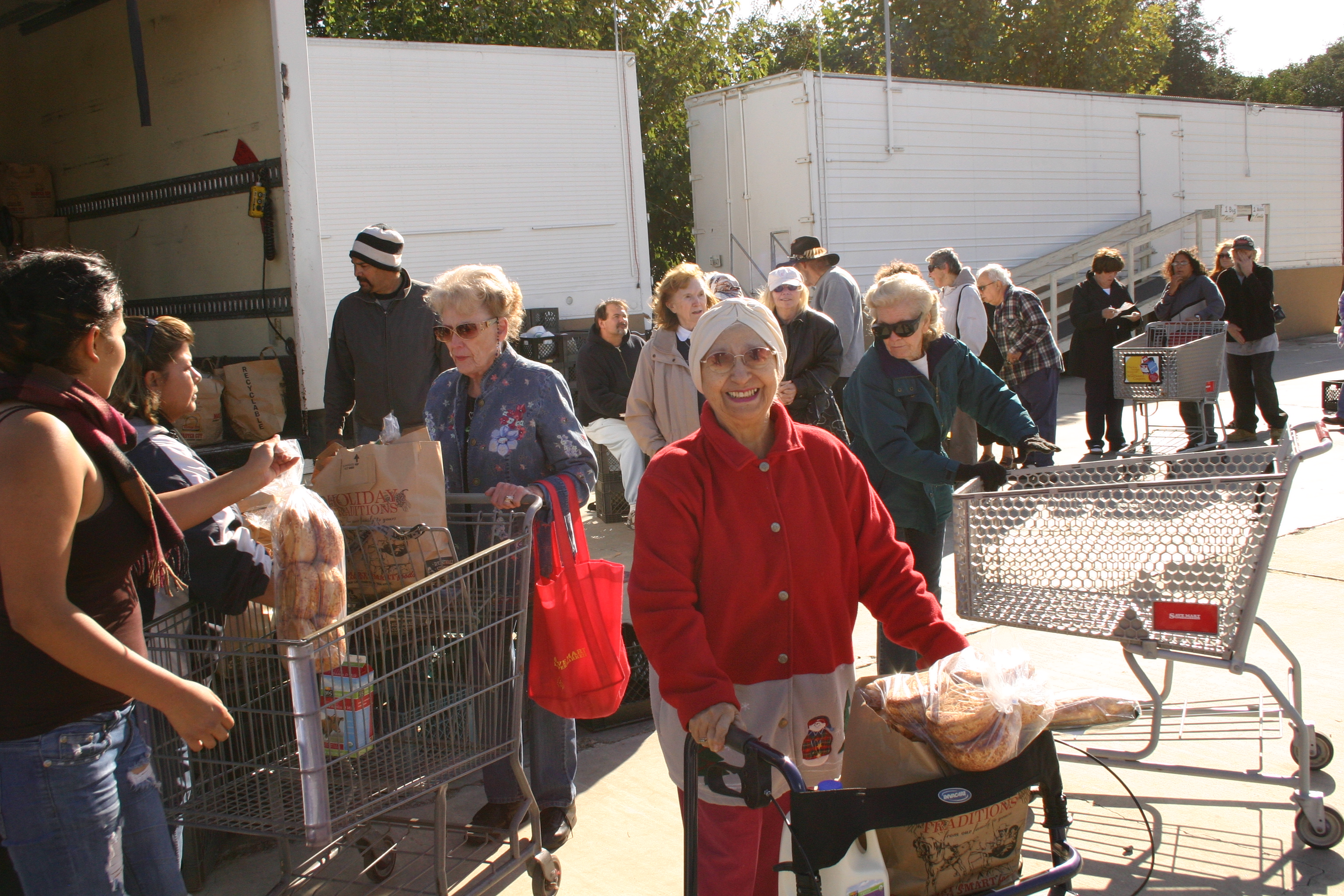 Every other Friday, 80-year-old Mae Callahan reports to work at 7:00am. This job doesn’t pay her a single penny, but she finds the reward in the people she serves.

Callahan volunteers for the Merced County Food Bank, helping package and hand out brown paper bags full of free food to senior citizens every second and fourth Friday of the month. It’s part of the food bank’s Senior Brown Bag Program, where people 55 years and older with a maximum income of $18,000 per year can pick up a grocery bag of fruits, vegetables, dairy products, whole grain breads, juice, cookies, decaffeinated coffee and more. During the holiday season, the seniors also receive frozen chicken, donated by Foster Farms.

“It’s hard because as things get higher, it’s harder for them to get food on the table,” Callahan said. “This really is a good supplement for them.”

She knows first hand. Callahan’s not only a volunteer, but a brown bag recipient, as well.

“I really appreciate it because it does help so much,” she said. “I’m sure it does all the seniors.”

“We were finding out a lot of seniors decided, I can give up food,” Legg said. “I can only eat a piece of bread and get by on it. But they can’t.”

Legg also added she knew seniors who were eating dog and cat food to stay alive.

One in every 13 Californians 50 years and older face the risk of hunger, according to research commissioned by the AARP Foundation. Nationally, that number increased 79% between 2001 and 2009. Those are the people categorized as food insecure and have had anxiety over shortage of food in the house, as well as reduced quality, variety and desirability of diet. The greatest spike of food insecurity rates happened between 2007 and 2009.

“I don’t doubt that because I know money don’t go very far with what you get now,” Callahan said. “We’re in an economy that’s so messed up. The prices are going up and yet we’re getting less. How do you figure that?”

Callahan and her husband together receive less than $900 per month from Social Security. Those funds dwindle quickly after paying off their phone, electric and garbage bills, plus Mae’s co-payments to go to the doctor. Food is sometimes an after thought.

“When you have to take the money out of your pocket to pay for it and you don’t got it, you just do without, because my bills have to come first,” Callahan said.

The food in each bag typically costs $80-90 and can help feed a senior for a week. But seniors, like Callahan, pay $30 per year for the Senior Brown Bag Program. Not everyone can afford that $30, though. The State of California used to contribute funds to the program at food banks statewide, but after budget cuts two years ago, the food banks have had to ask the seniors to pay, rely on donations or shut down the program completely.

“We don’t want any senior in Merced County to go hungry,” said Legg. “Not if we can help it.”

For those seniors who can’t pay for the program themselves, people can adopt a senior for $30 a year through the food bank at their website.

“I think it’s up to us to do our part together to make sure the seniors are taken care of in their old age,” said Legg. “A lot of them have no one else.”

Legg does all she can to take care of those seniors. She’s a senior herself and has volunteered as the food bank’s executive director for the past 3-and-a-half years.

With his cane in one hand and grocery cart in the other, 57-year-old Jim Laird walks a third of a mile from his home at the Riviera Holiday Mobile Estates to Calvary Temple Pentecostal Church to pick up his brown bag. His health depends on that food he receives every other week. His monthly payments from Social Security Disability Insurance and Supplemental Security Insurance recently dropped $207, leaving him with $850 per month.

“That has to help me with my space rent, my electric, my telephone, my television, my insurance on my trailer, my death insurance,” Laird said. “Without the food here, I don’t know what kind of meals I’d be having. I wouldn’t have the nutrition that I should be having.”

The AARP Foundation study revealed adults between the ages of 50 and 59, like Jim Laird, can be more vulnerable to food insecurity. First, they’re typically too young for Social Security, but too old for programs designed for families with children. Second, while they are eligible for the Supplemental Nutrition Assistance Program, formerly known as the Food Stamp Program, the participation rates of people in that age group are lower than both older or younger Americans. Third, people in their 50s who lose their jobs tend to have a harder time finding a new job, and when they do, it’s often for lower pay than their previous job.

AARP and AARP Foundation are working to combat those statistics through their Drive to End Hunger. They’re on a mission to educate the public about hunger in America, collect donations and round up volunteers to help feed those seniors.

Part of their solution is providing grants to fund projects that fight hunger among older Americans. Phyllis Legg says those grants, as well as help from the community will keep the Merced County Food Bank alive.

One in 13 older Californians face risk of hunger