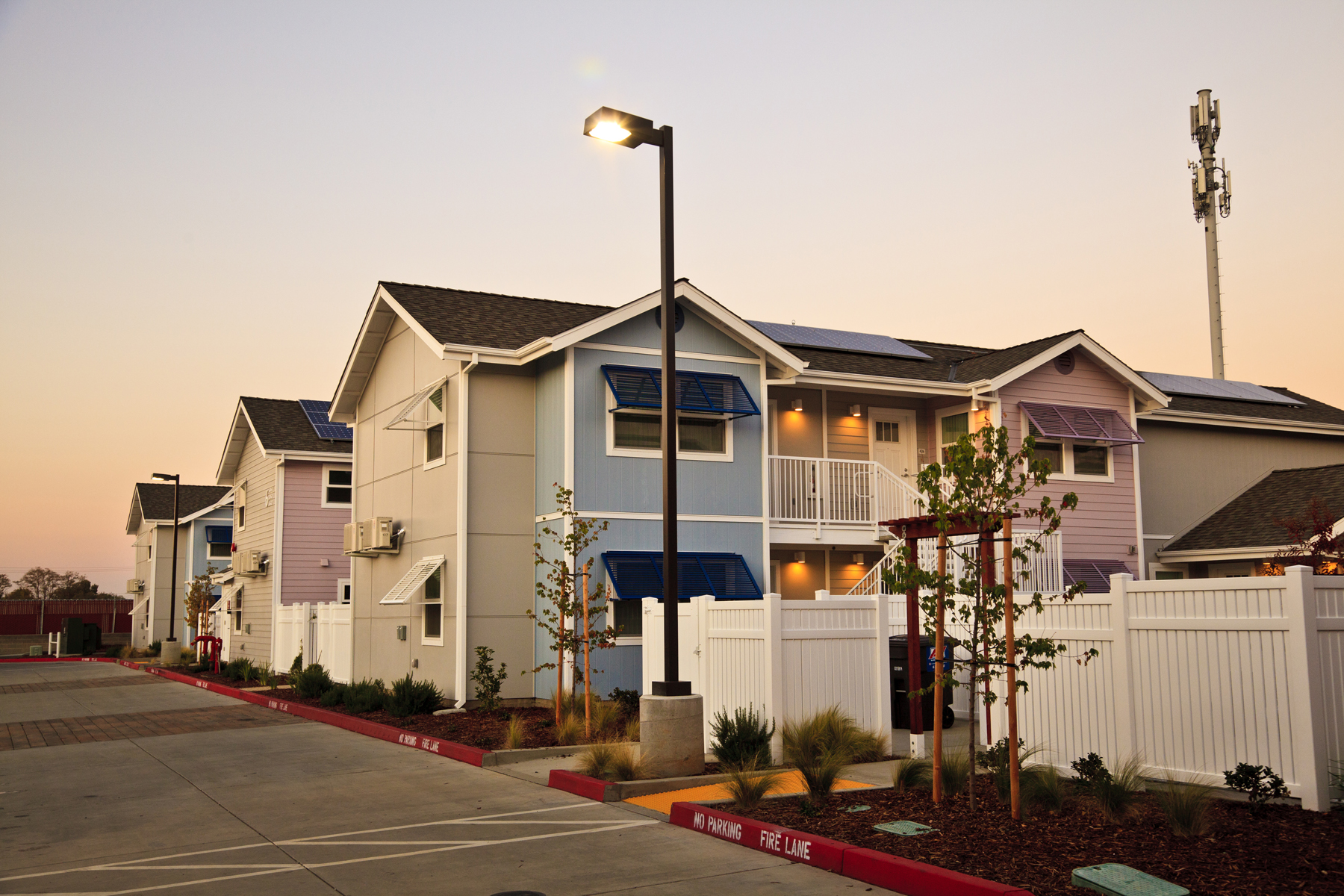 Rachel Iskow walked into an apartment complex and found herself surrounded by exposed electric wire, a walkway lined with dry rot, holes in the walls and a collapsed bathroom floor.

In the eyes of Iskow, executive director of nonprofit Sacramento|Yolo Mutual Housing, it looked like third world conditions.
Soon after, the complex, Norwood Annex, was demolished. Mutual Housing bought the foreclosed property, temporarily relocated its residents and tore it down. Safe new housing was built in its place, and the residents live in what is now called Mutual Housing at Norwood.

Creating healthy housing is one way in which the nonprofit that crosses Sacramento and Yolo counties is pursuing a vision to strengthen the assets of low-income communities. These assets are not only housing developments but the occupants who live in them.

To date, Mutual Housing has acquired and renovated seven properties in the region that were deemed unsafe for residents, a total of 366 apartments.

Eight formerly vacant lots have been transformed into an additional 464 Mutual Housing apartments.

The common thread amongst these properties is that they are clean, maintained, affordable and community-oriented. Rent is determined based on jurisdiction and funding sources, but the organization aims to keep it below 30 percent of residents’ income, Iskow said.

The value of healthy housing

The prevalence of unhealthy housing complexes such as this is a major cause of accidents and disease in young children, Iskow says.

“There’s studies now that show that kids who grow up in unhealthy housing, [with] mildew, leaks, mold and vermin, get diseases that later on become very expensive and very complex as they become adults, like asthma,” Iskow says. “People talk about all the high costs of healthcare and people using the emergency room. If we had safe housing, it would solve a lot of those problems.”

Several years ago, Mutual Housing and city residents began pushing for a mandatory rental housing inspection ordinance within the City of Sacramento to enforce safe and healthy housing. City Council passed the ordinance in March 2008.

The perks of being green

Solar panels on the roof of the community building absorb sunlight to heat laundry water. The units are equipped with Energy Star appliances and tankless water heaters that heat water only when in use. The air conditioning systems rely on sensors so energy is not lost.

These green renovations not only save residents money in energy costs, they bring down the organization’s budget costs, ensuring it can keep rent low for residents.

Mutual Housing relies on a staff of 25, a number of whom work to empower the communities through financial education, nutritional programs and leadership development. The goal is to create tight-knit communities at each property.

Trish Nguyen is one of about a quarter of these individuals who is a multilingual community organizer.

Because she is bilingual in Vietnamese and English, she can communicate with a larger portion of the community at the Lemon Hill property, which is primarily occupied by Southeast Asians.

Part of her work includes facilitating an after school youth program where residents between the ages of 10 to 17 are mentored with homework or led through exercise and art activities.

The program is a means to keep youth occupied after school while their parents are at work, a crucial gap in which they have a lot of freedom, Nguyen explains.

Bringing together youth is also a way to build relationships in the community and coax residents out of what Nguyen refers to as their ‘protective zone’.

Many of the families consist of refugees who speak Chinese, Vietnamese, Hmong, Spanish or English. Lemon Hill is also a multifamily complex, housing not only moms, dads and children, but aunts, uncles and grandparents as well.

Because this community is so incredibly diverse, “it is a challenge when you want to bring them all together,” Nguyen says.

An effective way to attract adult interest in their own community is by getting their children or grandchildren involved first. A recent afternoon dodgeball game between the kids did just that, she says.

It takes a village

Livia Burton was pregnant with her 12-year-old daughter when her family moved in as some of the first residents of the Twin Pines Mutual Housing community in Davis. At the same time, she was also being a mom to her eldest son, a wife to her husband, working and going to school at UC Davis.

Initially, Burton and her then-husband saw Mutual Housing as an opportunity to cut their rent in half.

Soon, however, she found herself leading energy savings workshops within the community, teaching her neighbors about sustainability and saving money through energy efficiency, becoming closer to her neighbors all the while.

Now, after 12 years of living there, she says the leading reason she has stayed so long is because the people living around her have become a part of her family.

When she became a single mother, she gained increasing support from the community.

“It sounds kind of funny to say, but it takes a village to raise a child,” she said. “[Here] you know that your neighbors are looking after your children when you’re not there. They care about their well-being physically and mentally, they care about your kids.”

Now 35-years-old, Burton has called Twin Pines home for the majority of her adult life. Though she plans to relocate in the future, for now it continues to offer a safe, warm place for her and her children to live for an invaluable price.