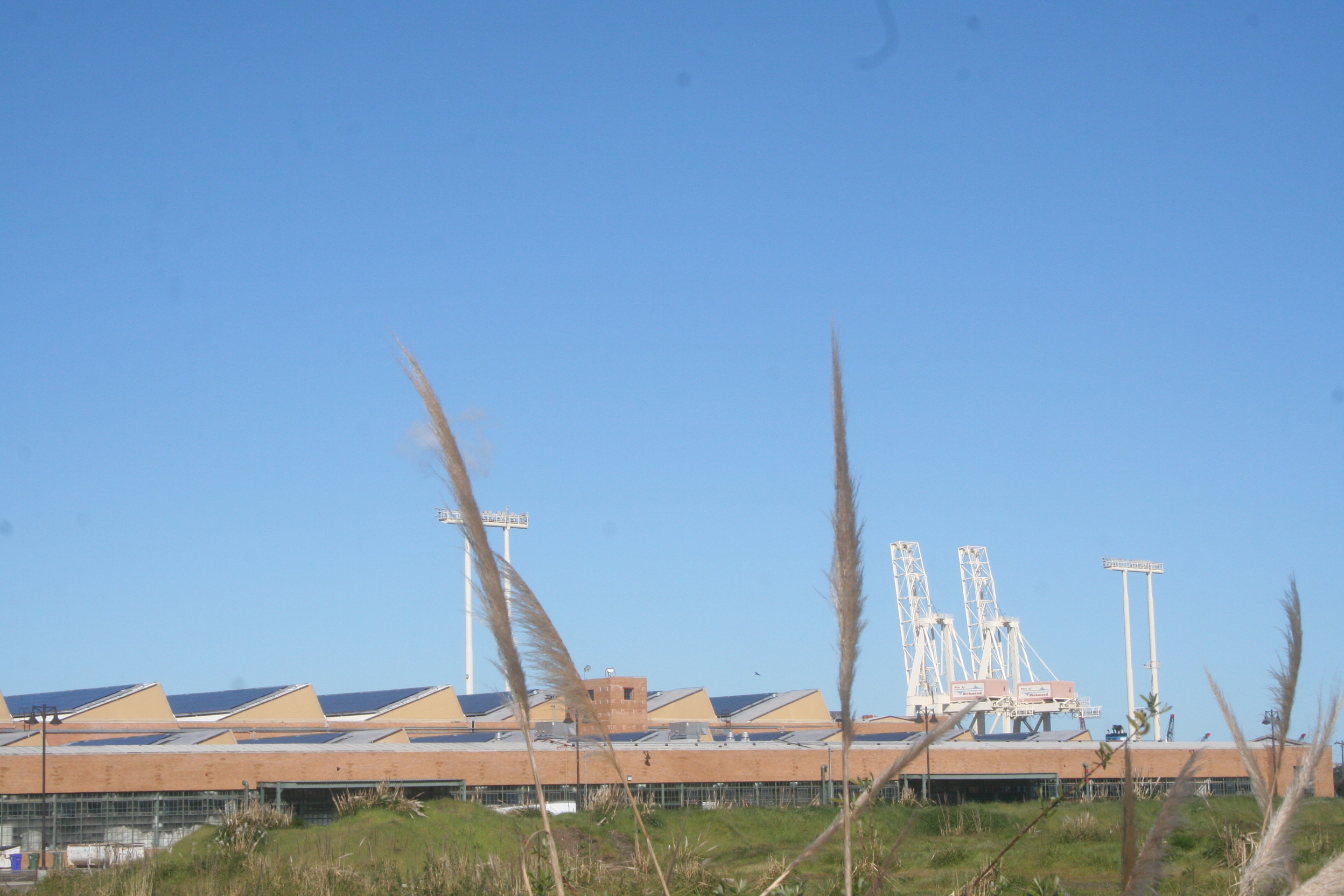 Richmond’s mayor wants to change the city’s reputation. She thinks Richmond should be known for moving toward a more environmentally friendly place with bike paths, walkways and urban gardens – not for housing the largest petroleum refinery in northern California.

Mayor Gayle McLaughlin told a group of federal agency representatives the city was the first in the country to have a seed lending library. She said the city council recently adopted a master plan that includes bicycle and walkways. Richmond has installed more solar watts per capita than any other city in the state, she boasted.

Her audience—some 150 funders, government workers and environmental advocates at the Interagency Working Group on environmental justice—clapped softly to her last sentence.

“We’re moving into the 21st century, showing what an urban community can do to transform itself through its own empowerment with the support of the local government and surrounding areas,” McLaughlin said. “It’s a small enough city to showcase as a model city. And we’re big enough were we won’t be seen as a small accomplishment.”

On Thursday, the city hosted the first Interagency Working Group in the Environmental Protection Agency Region 9, which includes California, Nevada, Arizona and Hawaii. The multi-agency working group was established in 1994 by President Bill Clinton to help agencies create actions to address environmental justice in low-income and minority neighborhoods. While it was a welcomed event because “agencies are recognizing the work we’re doing here,” environmental justice activists said they hope the event will generate more than nice speeches.

Henry Clark, executive director of the Richmond-based West County Toxics Coalition, one of the oldest environmental organizations in the country, said he hopes federal agencies will support grassroots environmental groups with funding to continue their work.

Clark called these local organizations, many of them made up of Richmond residents, “foot soldiers” that are in the frontlines and often “operate on peanuts.”

“We’re the people in the community who disproportionally suffer the burden of health problems because of Chevron and other polluters,” Clark said.

People came together in smaller groups to discuss specific topics, such as how to spur green job opportunities and how to increase the number of residents growing their own food.

District supervisor John Gioia, who represents Richmond, San Pablo and El Cerrito, urged agency representatives to broadened the scope of environmental justice to include public safety in neighborhoods. Health studies have shown there are strong association between living in poor housing and incidences of disease, such as depression, anxiety, behavioral and emotional problems in children and youth, according to the report, “The Role of Public Policies in reducing Mental Health Status Disparities for People of Color.”

In Richmond and San Pablo, the unemployment rates were 16.9 percent and 20.8 percent respectively, according to city data. Business must be at the table when hoping to increase job opportunities for people in the green economy, said Jared Blumenfeld, EPA administrator for Region 9.

Blumenfeld said he visited RichmondBuild, an apprenticeship program that trains people in construction and green jobs, such as solar panel installation and eco-literacy.

“The people there need our help,” he said. “They’re anxious, they’re job ready, they’re incredibly well trained, motivated but they don’t know what the future looks for them.”

Clark’s agency was among those who sued the city in 2008 for adopting the Environmental Impact Report on Chevron’s restructuring program, which residents highly opposed, claiming it would increase releases of mercury, greenhouse gases and toxic sulfur compounds.

He joked about his rocky relationship with the city. “It sometimes goes smoothly, sometimes not so smoothly,” he told the crowd. “But that’s how relationships go.”

The prevalence of childhood asthma in Richmond is 17 percent, more than double the national average of 8 percent. It has the highest hospitalization rate for asthma in the country. Clark believes industrial polluters are responsible for that.

The Asian Pacific Environmental Network, who was among the plaintiffs in the 2008 lawsuit against the city, has called Chevron’s refinery the “largest industrial polluter in the region.”

The Chevron refinery processes more than 24,000 barrels of crude oil a day into gasoline, jet fuel, diesel fuel, among other things, according to the company’s website.

Air pollution isn’t just outside. A study by the Silent Spring Institute, the University of California Berkeley, Brown University and Communities for a Better Environment studies looked at household air pollution in Richmond and Bolinas, a community about 40-miles west of Richmond. It found that in half of Richmond homes, particulate matter 2.5, known as PM2.5, exceeded California’s annual ambient air quality standards.

The study, “Linking Exposure Assessment Science With Policy Objectives for Environmental Justice and Breast Cancer Advocacy: The Northern California Household Exposure,” also found that sulfates, were in Richmond homes. Sulfates, nickel and vanadium are “some of the most harmful PM2.5 components,” the study said, all of which were found inside Richmond homes.

One group at high risk is active children because they spend a lot of time playing outdoors and indoors and since their bodies are still developing PM 2.5 gets deeper into parts of the lungs.

“None of us can escape the consequences that we have to live in our environment,” Clark said. “No one has any little secret chamber that they could live and escape bad air quality or polluted water or other negative consequences.”