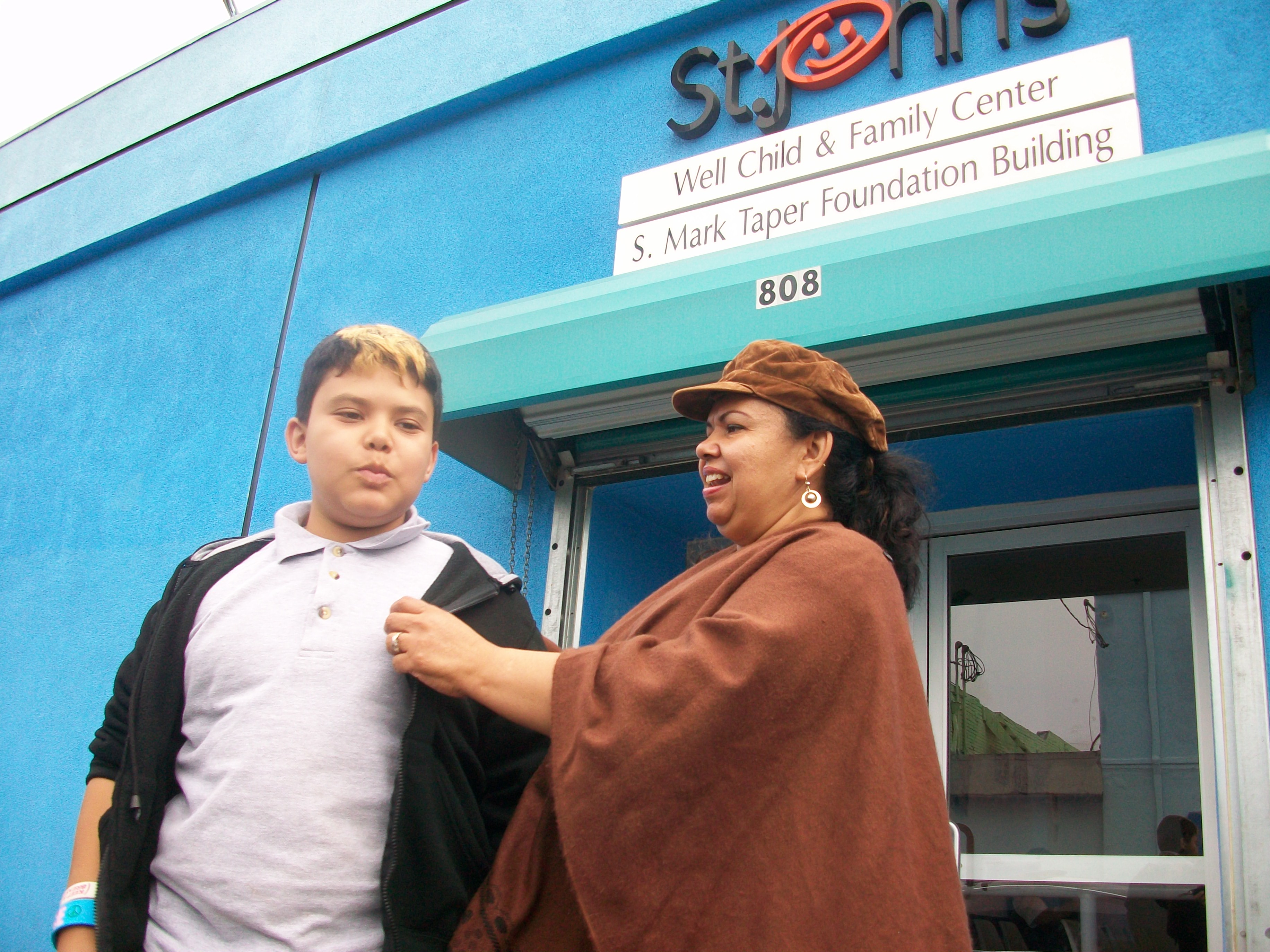 They are also part of St. John’s recently formed Right to Health Committee, made up of current and former patients in the community.

“If communities can get together and use their voice and really hold people accountable, I think we can possibly see some changes,” said Nomsa Khalfani, Chief Policy & Support Services Officer at St. Johns.

Founded in 1964, St. John’s is a nonprofit network of federally qualified health centers with multiple clinics in Los Angeles.

The goal of the Right to Health Committee, which held its first meeting in May, is to have patients more involved in outreach and to advocate for improved health care. Members are active in both spreading the word to others in their community about St. John’s services, as well as making their voices heard to decision makers. The committee holds monthly meetings to discuss issues in the community, and during the summer debt ceiling debate organized to call elected officials.

“If you have the folks who are directly impacted being able to verbalize what that impact is doing to their every day being, that’s sometimes a bit better than an organizational leader talking about it,” Khalfani said.

At a Right to Health Committee meeting at the end of September, St. John’s had more than 200 people in attendance.

Gloria Godoy and her son Angel Martinez Godoy are both members of the Right to Health Committee. The pair are active, attending meetings, events and actions. Gloria also shares her story with elected officials.

Gloria sought treatment for her diabetes after feeling ill for three years; that was five years ago.

“The way I’m feeling now is OK, because I take my medicine,” said the 20-year-resident of South LA. “I don’t have insurance, but St. John’s never closed the door for me.” She added she’s unemployed, and has hesitated getting a job for fear her diabetes forces her to miss work.

In a community with a higher rate of poverty than the national average, ailments such as diabetes and others are common.

“We see tremendous amounts of disease that correlates to poverty and poor living conditions that people have to endure in South Los Angeles,” said St. John’s President and CEO Jim Mangia, who has been with St. John’s for 16 years.

According to Mangia, St. John’s serves approximately 40,000 unique patients annually, making for 140,000 patient visits a year. He said that almost all of the patients who visit St. John’s live below the poverty level, are Latino or African American, and live in South L.A. He added that approximately 70% of patients are uninsured.

A 2009 report by the Los Angeles County Department of health stated that 28.3% of household incomes were at less than 100% of the federal poverty level. A recent Census Bureau report pegged the national rate in 2010 at 15.1%. The Census Bureau’s poverty threshold for a family of four is $22,314.

According to Khalfani, the lack of knowledge of resources and how to access them are a major hurdle to providing care in the community.

“I think a lot of people don’t realize what’s there, and if they do know what’s there, they don’t know how to navigate the process to get what they need,” she said. “It could be complicated to try and figure out what you’re eligible for, who you need to talk to. At the end of the day you still have nothing and you’re kind of frustrated.”

Mangia cites a number of attributes for poor health among those living in Los Angeles’s more impoverished areas. Patients don’t have access to primary or preventative care, thus seeking treatment only when an illness intensifies.

Mangia added that living conditions play a significant role in the health of South L.A. Residents.

“We pull cockroaches out of the ears of a dozen kids a week who live in slum housing,” said Mangia, adding that children come into the clinic with elevated blood lead levels, chronic sinusitis and chronic skin infections. “All kinds of diseases and conditions as a result of living in substandard housing.”

Concepcion Alfaro, who’s husband, Luis, had a foot amputated because of complications caused by diabetes, is a member of the Right to Health Committee and has struggled with health issues of her own.

She’s battled diabetes, arthritis, and osteoporosis, among other ailments. Concepcion is unemployed, and Luis is now disabled and can’t work. He didn’t have health insurance through his job working at a grocery store, and the couple couldn’t afford insurance.

As a member of the Right to Health Committee, Alfaro and others have an opportunity to have their stories heard.

“I was really sick,” said Alfaro, 60, who has lived in South LA for 32 years. “I couldn’t even listen to people. I used to cry. If this clinic disappears, I feel like I’m going to die.”