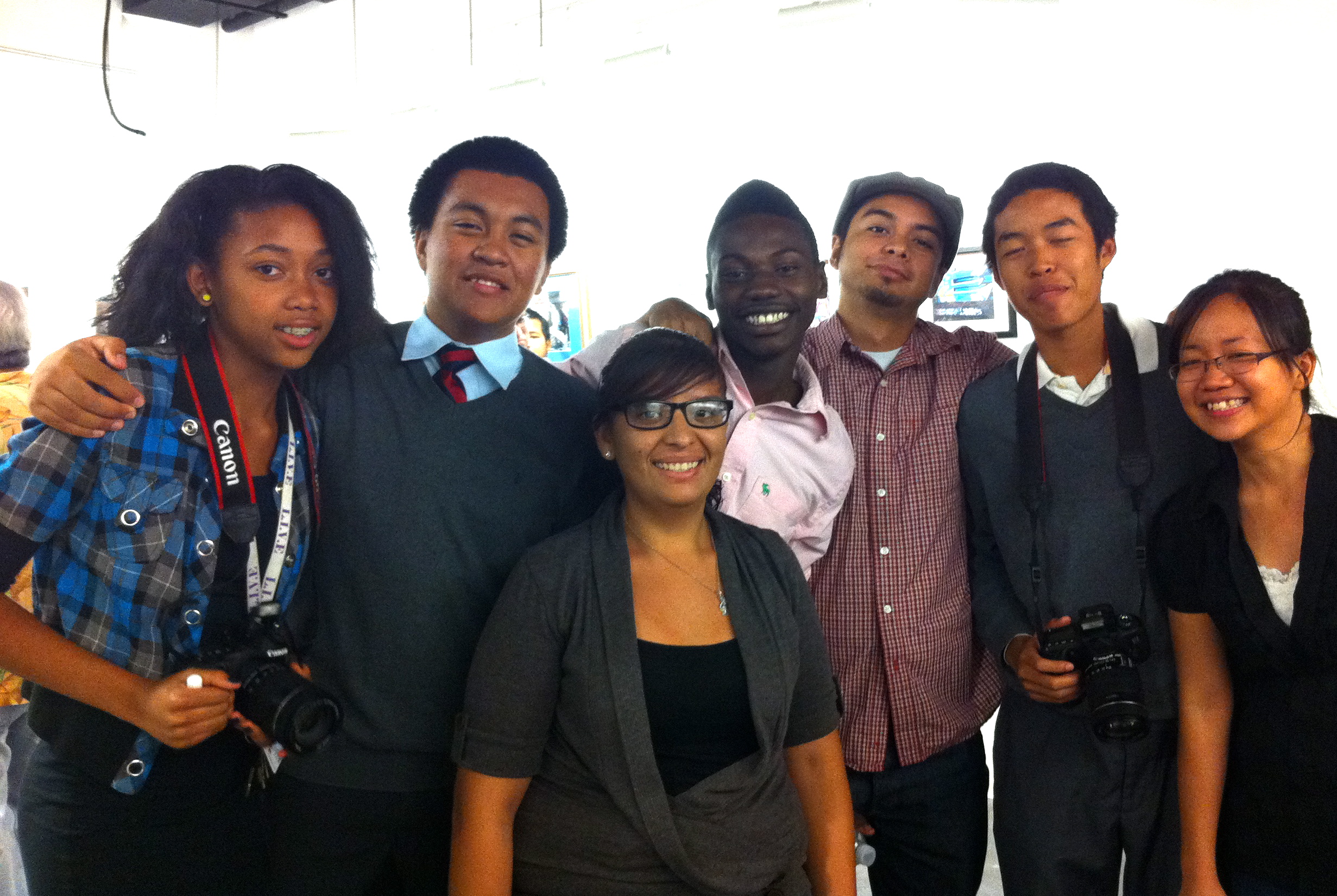 The waves reverberating in Long Beach aren’t just the ones rolling onto the sandy beaches. VoiceWaves, a new, sophisticated website staffed by youth journalists hopes to be as powerful as the nearby surf.

VoiceWaves is youth-led journalism and media-training project in Long Beach which enlisted eight multi-talented adolescents and young adults, from ages 16 to 24, to learn how to report, write and create digital media content. The VoiceWaves site, which recently launched, is a project of The New America Media, in partnership with Building Healthy Communities and funded by The California Endowment and the Knight Foundation. The training program is based at the Greater Long Beach Y’s Community Development branch Youth Institute, which offers instruction in photography, video, radio and the Internet skills.

The goal is for the young journalists to produce well researched, thought provoking and entertaining stories that will spur meaningful improvements in the health of Central and West Long Beach residents. Those two poorest parts of the city are rich in culture. VoiceWaves leaders point out that there are “Filipino bakeries and Vietnamese noodle houses, African American barbershops and Mexican taquerias Cambodian temples and Muslim mosques side by side.” Central and West Long Beach residents speak a multitude of languages other than English, including Arabic, Chinese, Hmong, Spanish, Tagalog, Thai, and Vietnamese.

VoiceWaves says the program is about generating visionary ideas and producing a new generation of storytellers. It is also a virtual gathering spot where friends, families, and neighbors can harness the power of digital and information media and contribute their ideas about how to improve the health of their families and their neighborhoods.

The website features stories an eclectic mix of serious and light pieces from a profile of a spoken word artist to a former prisoner’s reintegration into society, and a review of a Vietnamese restaurant.

“They are learning that their everyday life is a story,” said Prumsodun Ok, Project Director and Executive Editor of VoiceWaves, at a recent event in October to celebrate the launch. “It’s been such a wonderful and rich journey.”

Ok, who was born and raised in Long Beach, is committed to positively transforming diverse communities through his practice as an artist, curator, teacher, writer, and organizer. The young journalists in VoiceWaves each have a similar agenda, he says.

“This community is underserved it needs a voice,” said John Oliver Santiago, an impressive 17-yea- old college student, one of several who read their work at the event. “The Central Long Beach stereotype is a bunch of ghetto punks who know nothing else but I am challenging that idea by saying don’t insult our intelligence because we know more than you are giving us credit for.”

Santiago’s family immigrated from the Philippines in 2004, wrote a provocative opinion piece, titled “Where Are Asian Americans in the Media?” In it, he argues that Asian Americans as are largely portrayed as second-rate citizens. Santiago said this program is helping him become a better writer. He has enjoyed meeting editors at local newspapers to learn more about the skills of reporting and crafting the best story.

But his goal is not to be a journalist – he wants to work in the state department in foreign diplomacy. The Long Beach City College student is a also history whiz and has numerous academic distinctions, one for taking 10 Advanced Placement tests and scoring an average of 3 or higher. “I want to do it so this country has the most favorable odds so kids like me can have the best possible chances,” he said.

Another VoiceWaves journalist, 22-year-old Jesus Hernandez, has an equally intense drive. He is already has noteworthy journalism experience. Hernandez writes for a local social media website named 562citylife.com and is the Editor In Chief for the Long Beach City College school magazine. The stories he wrote for VoiceWaves included a topical policy story on the state’s plan to shift responsibility for thousands of nonviolent prisoners to the counties. Hernandez also wrote a piece on the freeconomy and is working on a rant for getting pulled over while driving for no reason.

His reason for participating in the project is every journalist’s credo. “I love getting the word out,” he said. “I love being the person who keeps everyone on check.”

The youngest of the young journalists in VoiceWaves is Taitu Negus, a 16-year-old junior attending Millikan High School. Negus has written a profile of her mother and also a food review of Binh Duong’s, a Vietnamese restaurant that serves stir-fried large-stripped noodles. She says her ultimate goal is to be a dentist but she likes reporting, too.

One of her favorite things about VoiceWaves is getting a good interview and a real good story written that interests people. “I am young and this is a good time to get these things started,” she said.