Walking group a win-win proposition for city and residents 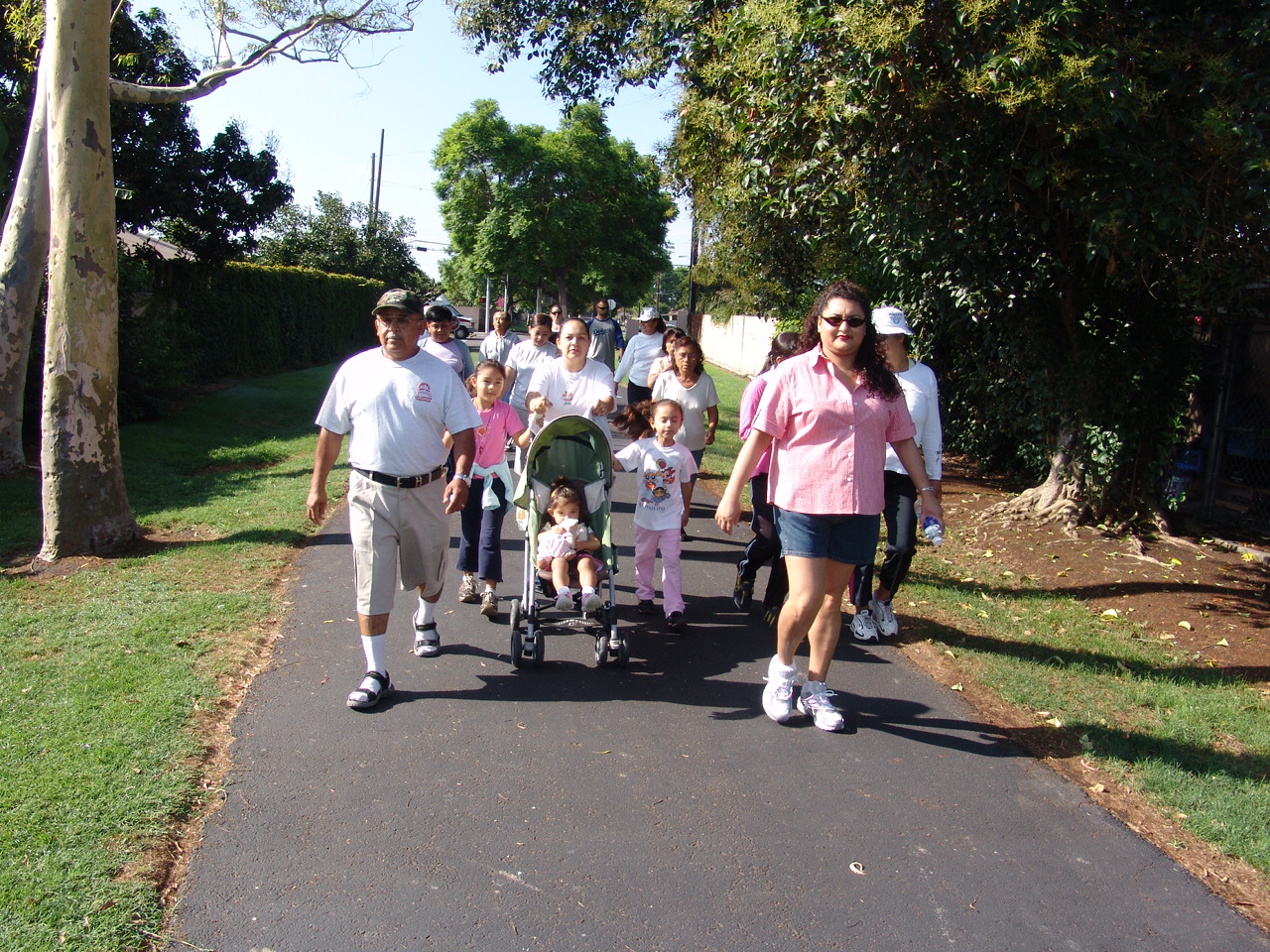 Creating good parks doesn’t necessarily cost a lot of money, a Santa Ana walking group discovered. But it does require an investment in teamwork and community.

Santa Ana residents were once scared away from their parks and trails by crime and general unpleasantness. Mattresses, drugs and other indications of illicit activities littered many of the public trails and walking areas. Public recreational spaces were gradually being converted to dumping grounds and destinations for crime, residents told Gerardo Mouet, executive director of the city’s Parks and Recreation department.

About six years ago, members of Santa Ana’s Madison Neighborhood Association told Mouet about the poor condition of nearby Madison Park and Pacific Electric bike trail. Mouet offered a solution, but not one rooted in the city coffers. Instead, he looked to the residents themselves.

“We want health, fitness and beautiful, green open space too,” said Recreation Supervisor Jeannie Jurado, who along with Mouet helped develop the walking group program. “So we told them they need to help Parks and Recreation by starting a walking club.”

The best Mouet could offer from his tight budget was to waive the fees usually associated with a recreation group using the park and a little help from an intern. In return, he told the walking group, they could become the eyes and ears for the city. That’s how SALUD, which stands for Safe and Active Living Districts, got its start.

SALUD participants routinely report sightings of damage to the city’s graffiti hotline, park rangers and managers. With a bit of money from the city budget, Jurado and Mouet hired an intern to walk with the residents and oversee their exercise.

The results have exceeded everyone’s expectations, Jurado said, by creating a popular walking group that troops across four city parks and a section of downtown Santa Ana. Between five and twenty residents typically come together a few mornings a week, from young children to retirees. Together they’re improving health outcomes, igniting lasting friendships and changing their parks for the better.

Little by little the areas have seen improvements, Jurado said. Residents’ increased visibility in their community’s public areas has had exactly the effect Mouet envisioned.

“Even just seeing a mattress, or other things people would dump, doesn’t even happen once a year a now, versus every weekend which used to be the case,” Jurado said.

Salvador Gomez and his wife Maria have been loyal SALUD members since the group started in 2005, saying it has become an indispensable part of their lives. Salvador Gomez credits SALUD with helping him lose weight. Now Gomez gets up early and walks instead of sleeping late and sitting in front of the television. Though he suffered a stroke last year, Gomez resumed walking upon recovery.

“It’s really helped me regain my strength,” Gomez said, adding that aside from SALUD, the only alternative he had to help him recover was physical therapy.

In addition to keeping an eye on the park, members have also conducted clean-ups and planted greenery. The city periodically donates pine trees and other plants for the beautification efforts.

The parks and trails still see occasional problems, such as graffiti that must be painted over. The point Jurado stresses is that the effort by the community is going strong.

“I can’t tell you things never happen. I think they venture out, they rotate,” Jurado said of vandals. “But right away the staff calls the PD or park rangers.”

Walking group a win-win proposition for city and residents