A Citizen's Guide to South Sacramento 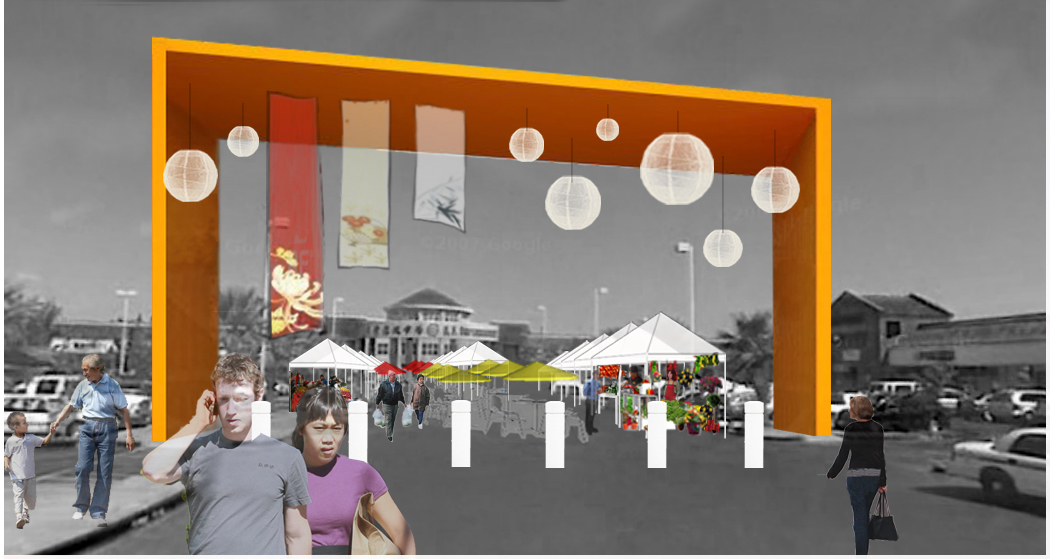 A UC Davis professor is pushing the field of architecture in a new direction. Instead of designing new structures, Michael Rios asks his students to try re-imagining structures that already exist. The designs they have responded with range from converting the underbelly of a freeway in a run-down neighborhood into a shadow garden to designing affordable housing out of freight containers in a mobile park.

Rios is trying to show that there is a place for social entrepreneurship in architecture: designing with a focus on social capital and human capital, rather than focusing on capital itself.

Early this year, Rios, a UC Davis associate professor, led a project that explores what such designs might look like in the economically disadvantaged region of South Sacramento, a region which also happens to be one of the most ethnically-diverse in the country.

Rios emphasized that the students act as observers within the community, watching closely how people use a space in their everyday lives before making their proposals to alter it.

“We need to build on what’s already there instead of [creating] proposals that show radical transformation to people’s lives,” Rios said.

While crafting these proposals, students also spent considerable time visiting and observing African American, Latino, Chinese and Southeast Asian communities within South Sacramento, interviewing members of various neighborhoods. They researched the history of the communities as well, sifting through demographic data and archives dated from when the first immigrants settled into the area.

This research ultimately helped to define their proposals.

The interviews were a crucial part of the process, undergraduate student Touyer Lee said. “That’s where the real story comes from.”

During interviews members of the South Sacramento Hmong community described to Lee the hardships they encountered before settling there, relocating from city to city before ending up in Sacramento. Sacramento has become very attractive to Hmong immigrants because of its growing Hmong population, he said.

Yet through his research, Lee discovered how much Hmong history has been lost over the years. He responded by designing a Hmong community center.

The work produced by Lee and his peers will be synthesized into a 50-page document, the Citizen’s Guide to South Sacramento, which will be available to local organizations this fall.

It will also be included in the Sacramento Diaspora’s Project, a larger endeavor headed by Rios, which is an ongoing study aimed at understanding how immigrants and refugees are adapting to and integrating into Sacramento.

Though these design proposals are not necessarily expected to materialize into actual project sites in South Sacramento, they are the beginning of a continuous discussion on how architecture could offer solutions to some of the problems faced within these communities.

Some students were told during interviews with community members that their neighborhoods needed sites for social events or recreation, so students reacted by designing outdoor parks with benches and fountains, a baseball field, a social center or open-air markets.

Student Weijing Marx created a site proposal for a park with a community garden near a neighborhood known as Lemon Hill. The city had mentioned that there was a drainage problem there, so her proposal included a temporary pond that would act as a retention basin for water.

Student Janelle Imaoka spent time observing a parking lot in front of a recycling business which attracts cars only because of the taco truck parked there. She proposed furnishing the parking lot with tables, umbrellas and a fruit stand, and occupying the surrounding spaces with other useful businesses like a Check Cashing store in order to spur economic activity within that space.

Informal businesses such as taco stands or street markets are often a vital part of low income neighborhoods, Rios said, and are what make South Sacramento unique from other parts of the city.

A proposal like Imaoka’s is ideal because it is designed around the activities already existing within that space, preserving what is there rather than replacing it.

The goal, Rios said, is that “rather than trying to in a sense beautify everything [and] make everything look like a middle class environment, to really engage these more uncanny aspects of what you find in South Sacramento, not as a deficit but as an asset, as something to build on.”

The students presented their findings and proposals to a room full of peers, professors and local community organizations at the Stockton Boulevard Partnership in South Sacramento in early June.

Constance Slider, program director of the nonprofit organization Coalition on Regional Equity, or CORE, was seated in the audience.

She said that the students had imagined beautiful designs. She also emphasized how important it is for the students, as future planners, to keep in mind other factors such as funding during the design process.

City council dollars go elsewhere because “low income means low investment,” she said, and maintaining the parks and facilities already in place in South Sacramento is a challenge in itself.

But for Rios, this project is just the beginning of using design as a critique of existing policy barriers.

Rather than design with the traditional mindset that considers the constraints of building codes, policies and planning, the focus of this project was to reimagine space in such a way that it best fits the social, health and environmental needs of its occupants.

Then, by working backwards from the finished design, a critique is formed based on the barriers that would prevent that design from being created.

Ultimately, the Citizen’s Guide to South Sacramento is not ‘the solution’, Rios said, but it offers solutions that will hopefully benefit the efforts of local organizations like CORE in making South Sacramento a more enabling environment for the people that live there.

A Citizen's Guide to South Sacramento