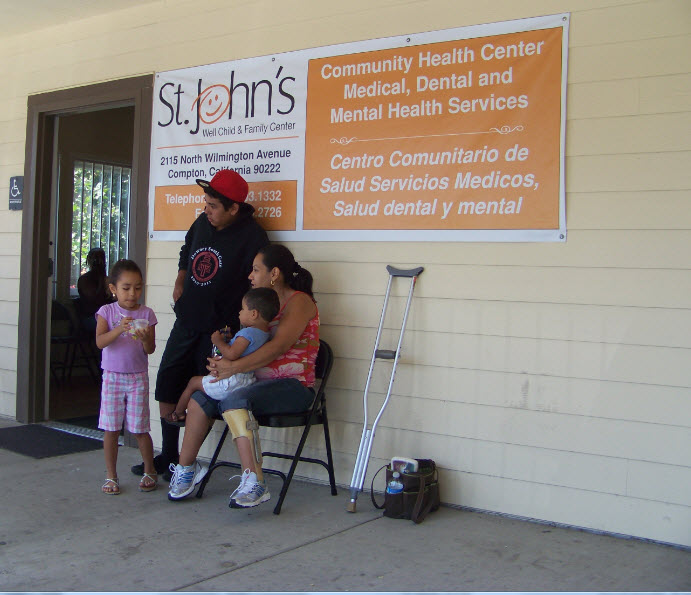 One of the very first provisions of national health care reform to take effect was a rule barring insurance companies from limiting or denying coverage for a child due to a “pre-existing condition,” a health problem that developed before the child applied for insurance.

Now, some health care scholars and activists say it’s time to extend that principle to what they call another kind of pre-existing condition that makes children especially vulnerable: immigration status.

Under national health care reform law, undocumented immigrants are barred from federal programs such as Medicaid and, in reform provisions scheduled to take effect in 2014, won’t be allowed to use their own money to buy into state-run health benefit exchanges offering insurance at more affordable prices. Legally documented immigrants who have been in the country less than five years also are locked out.

Activists say one method to provide such coverage might be an expansion on “California’s Bridge to Reform.”

Since the mid-1970s, California counties have used property tax revenues and federal dollars to fund health care services for the indigent and to reimburse local hospitals for uncompensated care for the uninsured. Six years ago, federal authorities allowed the 10 largest counties in the state to expand upon their health offerings, providing health maintenance services as well as acute care.

Under the Bridge to Reform, federal authorities will give the state roughly $8 billion in Medicaid matching funds over five years to extend Medi-Cal insurance coverage to nearly half a million uninsured adults.

“But that doesn’t mean it’s perfect,” he said.

Meanwhile, other funding sources to provide medical care for the undocumented are starting to dry up. For instance, by 2019 the Department of Health and Human Services projects a $50 billion reduction in federal “disproportionate share” payments to hospitals treating the indigent.

“As part of health care reform the federal government said, ‘We’re going to cut that money because most people will be insured,’” said Shana Alex Lavarreda, director of health insurance studies at the UCLA Center for Health Policy Research. “In California, we have a larger proportion of people who will remain uninsured, because we have a larger percentage of people who don’t meet those citizenship requirements.”

Lavarreda recently published a study predicting that as many as 220,000 uninsured California children will be excluded from health care reform programs because either they or their parents are undocumented. She estimates that another 10,000 children with household incomes qualifying them for Medi-Cal and legally in the country could be dropped from the program because they’ve been in the United States less than five years.

“But it’s something that’s come up before and could easily come up again,” Lavaretta said.

The clinic serves some 25,000 children annually, about a third of them undocumented, Mangia said. He’s lobbying to have the county funds extended, while also increasing fundraising efforts.

“Do we want a lot of kids running around with diseases that are curable? These are diseases that we haven’t seen in a long time, like mumps and measles and tuberculosis, that will spread if we don’t take care of that population,” Mangia said

“It’s also a moral and ethical question. I stand firmly on the side that the undocumented must be cared for.”

Ellen Rothman, chief medical officer at St. John’s , says she sees a lot of families where only some of the children, born in the United States, can qualify for Medi-Cal coverage.

“You can be in one exam room and have kid who has no insurance and another kid who does,” she said. “And trying to get glasses or something for a child with no insurance can be very challenging.”

At a St. John’s clinic in Compton, Maria Garcia says the challenges can be unrelenting.

Her 20-month old son Aaron and six-year-old daughter, Katherine, both are citizens and qualify for health insurance. But 14-year-old Roberto, born in Mexico, doesn’t.

Garcia, a native of Guanajuato, Mexico, brought Roberto into the country with her illegally, she said. She has polio, but can’t afford a new brace for her leg. Roberto has asthma and needs dental care, Garcia said.

“It’s difficult because the others have more benefits and he don’t have nothing,” she said. “Nothing.”

Roberto says he doesn’t expect the promises of health reform will ever apply to him.

“It’s possible, but who knows?” he said. “On some occasions, I get very upset because I’m not feeling well, but it’s just something I have to do, because we don’t have money.”