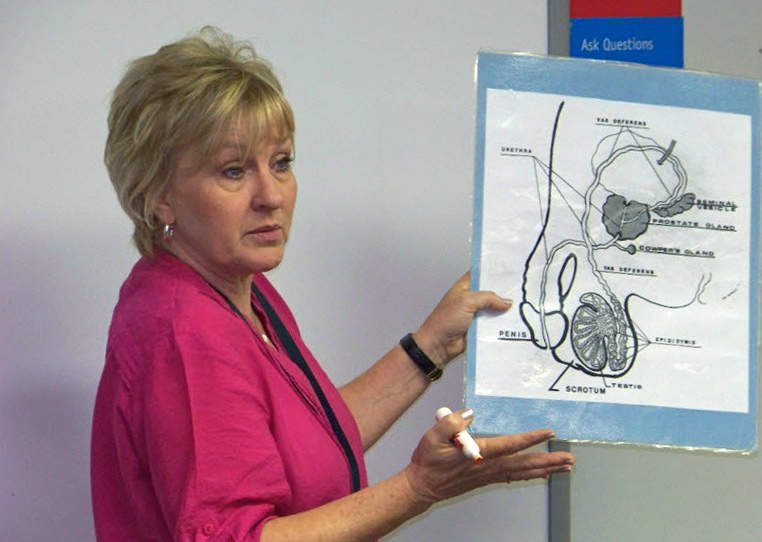 He was the first boy to hold Samantha Alvarez’ hand, the first, on the night of her eighth-grade graduation, to kiss her. They wouldn’t grow up to be like their heroin-addict fathers. She wouldn’t get pregnant and live off the government like her big sister, and he’d be the best husband ever. He promised.

In ninth grade, when she and her boyfriend started having intercourse, Alvarez didn’t worry about birth control. “We knew we weren’t ready, and we didn’t think it could happen,” Alvarez said. “We just didn’t think one of us could get pregnant.”

Today Alvarez, who turned 17 on Monday, has a 15-month-old son. She barely speaks to the father any more. And while she hopes to earn her high school diploma and move her baby away from the crime, poverty and emotional defeat of her own childhood neighborhood, she knows the odds are against her.

Activists say that for many teenage parents in Kern County, Alvarez’s experience is typical. Increasingly, it’s out of sync with the rest of California.

Twenty years ago, there were 70.9 births statewide for every 1,000 girls between 15 and 19 years of age. By 2009, the latest year for which figures are available, the statistic had shrunk by more than half, to 32.1 births.

But in Kern County, the ratio stands at 59.7 births.

The San Joaquin Valley counties of Kings, Tulare, Madera, Merced, Fresno and Kern have had the worst teen pregnancy rates in the state for 20 years. This is Kern County’s second straight year with California’s highest rate, state Department of Public Health statistics show.

Bill Phelps, who directs pregnancy-prevention efforts at the Bakersfield branch of Clinica Sierra Vista, said the explanation may lie partly in the region’s high poverty and unemployment rates. But there’s another way to look at the statistics, he said. In 1991, the first year the county tracked teen births, the rate stood at 104.3 per thousand girls.

So, while Kern County historically has trailed the rest of the state, the county’s teen birth rate is nearly 43 percent lower than it was 20 years ago.

In a seventh-grade classroom at Pond Union Elementary School in Wasco recently, the children watched intently as Barbara Gladden, a family life and sex education specialist from Clinica Sierra Vista, presented a slide show on sexually transmitted diseases. As a projector flashed close-ups of oozing sores and bodily organs eaten away by syphilis, the children gasped.

Sitting at a picnic table outside the classroom afterward, 13-year-old Brianda Gonzalez said kids do talk about sex, speculating about what it might feel like. Staring down at her frail-looking fingers, she said she found the classroom slides disgusting.

“I didn’t know what kinds of diseases I could get and what could happen to me when I get older,” she said softly. “I have to protect my body.”

Her own cousin avoided disease. But at 16, she gave birth to a daughter, Brianda said.

Gladden said she almost always gets a respectful hearing in the classroom. But as year after year goes by with Kern County still at or near the top for teen pregnancies, “We’re just beating our heads against the wall when the stats come out,” she said. “We’re afraid of what would happen if we didn’t do this.”

Lucinda Wasson, director of public health nursing at the Kern County Department of Public Health, said children of underage parents are much more likely to become pregnant or cause a pregnancy themselves.

The county’s Nurse-Family Partnership, which pairs pregnant teens with nurses, has proven it can help break that and similar pathologies, Wasson said. For instance, almost half of the teens in the program have earned a high school or general education diploma. The percentage of girls who quit smoking, had their children immunized for disease or found employment also improved markedly, Wasson said.

Other efforts have fared far worse. In 2006, for example, state officials dropped $306,000 in funding for Kern County’s Adolescent Sibling Pregnancy Prevention Program, which provided educational and other support services to brothers and sisters of teens who were pregnant or who had fathered a child, an especially vulnerable population. In 2008, the Teen Smart Outreach Program lost all of its $100,000 in state support. That program had provided testing for pregnancy, counseling and family planning services as well as testing and treatment for sexually transmitted diseases. The same year, state officials stopped paying the $86,000 cost of a program aimed at boys deemed at risk of causing a pregnancy.

The budget-cutting is continuing. Based on research that shows the likelihood of unwanted pregnancy decreases with education, the Cal-Learn program furnishes teen parents who have not graduated from high school with child care, transportation and school supplies. It also provides cash incentives for earning good grades and sanctions for poor marks. That program, in place since 1994, will lose its funding when the new fiscal year begins July 1, Phelps said. State Community Challenge Grants also will be cut.

Currently, those grants subsidize panels of teen parents who visit Bakersfield high schools, explaining to the students how profoundly a pregnancy can change a teenager’s life.

Teen mother Samantha Alvarez, who serves on one such panel, says she wishes she’d had a chance to hear the kind of talk she delivers now.

“I want people to understand that they should be focusing on their career right now, their education,” she said. “A lot of girls think they know about babies because they babysit. But when you have a baby, you have that baby 24-7. It’s not as easy as it looks on ’16 and Pregnant.’ And I want them to understand that.”