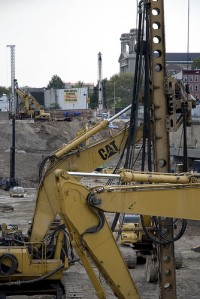 Recent revisions to job estimates added jobs in California while showing slower job growth in the nation than previously thought. What do these numbers tell us?

California added 82,600 nonfarm jobs between December 2009 and December 2010 for a gain of 0.6%. The state’s gain trailed the nation’s 0.7% job gain although both performances were disappointing to people hoping for a fast recovery and improvement in the unemployment picture.

However, California’s job picture improves markedly once construction and government job losses are removed from the data. In these data, California job growth more than doubles for 2010 and outpaces the nation.

California’s largest job gains were in professional services and temporary help followed by health services and the leisure and hospitality sector, spurred by rising tourism activity. Wholesale trade reversed two years of job losses as the economy improved and trade volumes surged to near pre-recession levels.

So, all things considered, the state’s economic base came through the recession intact. The data confirm that construction and government sector job losses were the cause of the state’s relatively poor job performance during the Great Recession.

The California economy story is a story of two economies—the broader economy including construction and government and the economy without these two sectors where job losses have been concentrated. The state also has two economies by geography—the coastal counties where high tech, tourism and trade are rebounding and the more inland counties where the housing crisis and government job losses are holding back recovery.

The major tech and trade centers—Los Angeles, Orange and San Diego counties in the south and the San Francisco and Silicon Valley metro areas in the north–posted job gains in 2010. The Sacramento region had the most job losses led by declines in the construction/finance and government sectors. The Riverside-San Bernardino and East Bay area were also hard hit by the housing downturn. The San Joaquin Valley counties recorded small changes in job levels.

The economic recovery will be led by tech, trade, tourism and the creative energy of Californians in a variety of sectors. Most of these jobs are on the coast. The state’s recovery will be held back by the lack of recovery in housing—probably at least a year away and by continuing job losses in government.

The state and nation are in a slow but strengthening recovery. The February national job gains and continuing lower unemployment claims raise hopes that the recovery will pick up speed as 2011 progresses. The recession created great hardship for residents but the state’s economic base remains strong if we can come together in the area of public policy.

The state faces two ongoing challenges for economic prosperity—1) developing a sustainable path for state and local government budgets and 2) developing an economic strategy that focuses on the areas of opportunity for the state.

Key elements of any economic strategy include the investments (with full funding) that make California an attractive place to work and live for our many innovative entrepreneurs and industries. But it will also be critical to address long-term retirement benefit reform for public employees and eliminating duplication and delay in regulatory policy.

Hopefully, these difficult choices can be discussed based on facts and not anecdotes about the state’s current economic situation and the opportunities and challenges that will determine the state’s future prospects for prosperity.

Steve Levy is director of the Center for the Continuing Study of the California Economy.