For medical student, a road home 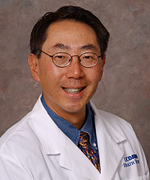 Sabrina Silva-McKenzie, a fourth-year medical student at UC Davis, grew up in Stockton. She will be applying to family medicine residency programs this fall to complete her training and become a practicing physician, and she wants to stay in Northern California, possibly returning home. At an early age, her parents ingrained into her the stewardship of community engagement and service. They operated a pharmacy, and she accompanied them on home deliveries. Customers became friends and the family business became a public trust.

When she entered medical school, many community physicians were eagerly recruiting her to train at the San Joaquin General Hospital [SJGH] program in Stockton. They looked forward to witnessing the growth of local girl into a colleague. Sabrina’s pedigree of tending to the SJGH’s core populations of Spanish-speakers and migrant farm workers would be extended to a new generation.

Due to the recent financial downturn, however, the county had to reexamine its continued funding of the program. Sabrina began to hear rumors that SJGH would close its family medicine residency program. The whispers and prior encouragement morphed into warnings to avoid applying to a program on the path to closure. She was worried.

Sabrina and her husband have started their own family with the arrival of their son. Next year, she would be prioritizing the demands of overnight hospital calls, learning her craft as a healer, and raising a child. The uncertainty of SJGH’s program standing compounded these challenges. As a parent, she reflected on her roots and wanted a similar nurturing environment for her daughter. She had reached a crossroads that was not on her career map.

The program has been a long-standing member of the UC Davis Family Medicine Residency Network. I spoke with Ramiro Zuniga, family medicine program director at SJGH, regarding its state of sponsorship. Faced with a crisis that could adversely impact at-risk populations and discourage applicants, Ramiro joined a team of community leaders, government agencies, and county consultants to seek collaborative innovations. The collective efforts led to the formation of the new Medical Guarded Unit for the California Department of Corrections. Also, the hospital will convert five primary care clinics to a Federal Qualified Health Center-look-a-like model.

These changes will save the program. While hearsay disseminated obstacles, Ramiro and his partners stepped forward to delivery expanded opportunities with a clear unified voice. Instead of cessation of services to its local patients, the residency program has expanded its services to care for additional underserved populations.

Against a climate of furloughs, closures, and pessimism, Ramiro and Stockton officials have rallied together, largely due to their shared appreciation of the value of a family medicine residency program to its community. A residency program has the core mission to care for its neighborhoods and to train the next generation of physicians. San Joaquin General Hospital has restructured itself to rebuild the road home for Sabrina, who will be applying after all to serve as a resident and train at the hospital.

That road — for Sabrina and other residents — is one still under construction, but it remains open with no dead ends.

Dr. Fong is director of the UC Davis Family Medicine Residency Network. His opinions are his own and do not represent UC Davis.

For medical student, a road home