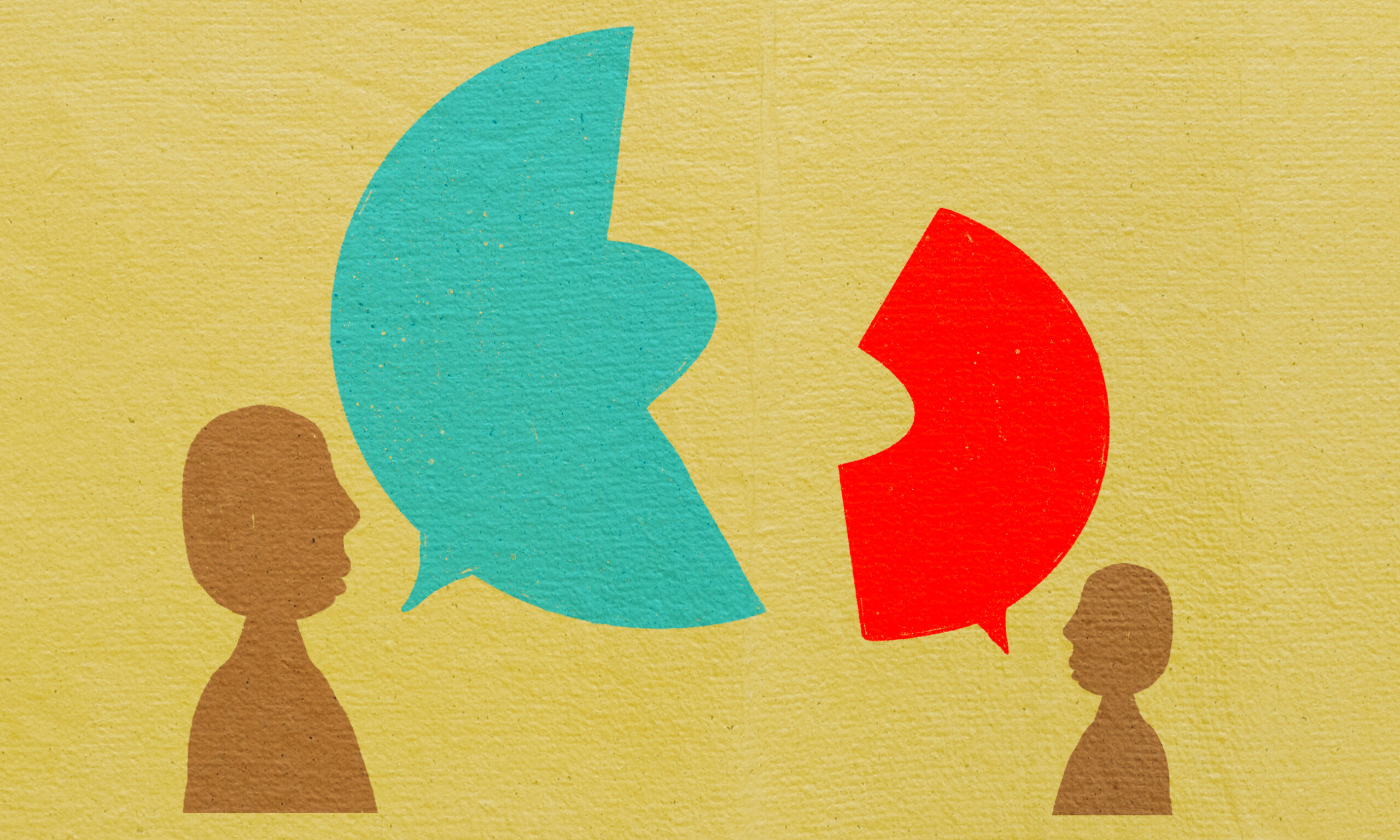 First, they stare. They are sitting, face-to-face, in a cinder block box of a room designed for attorney visits. It stinks of sweat and fear.

The prisoner — a young man who as a teen took part in a Salinas robbery that ended with rape and murder — waits nervously.

The middle-aged woman who faces him survived the ordeal, and she wonders why she’s here. Before she entered these prison walls, she had almost turned back. But she said she heard God’s voice telling her this was meant to be.

Urged on by a trained mediator, she begins to tell the story of the hurt this young man brought upon her and her loved ones. He, too, speaks — in his case, of regret, guilt and shame.

And before it ends, everyone is in tears.

This dialogue — described to a reporter by the victim who participated roughly a decade ago — had a lasting impact on her, one of thousands of similar conversations across the country each year. They are the backbone of restorative justice, an alternative to the traditional U.S. model of justice that’s centered on punishment and retribution. The restorative justice movement has grown steadily since the 1970s, with the goal of lessening the harm caused by crimes, while considering the needs of all those impacted — victims, communities and offenders.

Restorative justice is now a standard offering across the U.S., increasingly relied upon by schools and law enforcement to divert low-level juvenile offenders away from the criminal justice system. The Department of Justice’s Office for Victims of Crime has even published a how-to manual for both adult and juvenile cases.

There’s plenty of anecdotal evidence that techniques like victim-offender dialogues and community circles can and do produce profound feelings among participants — from relief to validation and a sense of catharsis.

But critics and proponents of restorative justice agree the methods have clear limitations, including this central shortcoming: the techniques only work when a perpetrator admits guilt, and wants to participate, which is not always guaranteed to even the most willing of crime victims. As a method for school discipline, it has also increasingly come under scrutiny for consuming teachers’ time and energy or being unfairly applied, according to Mikhail Lyubansky, who teaches the psychology of race and ethnicity at the University of Illinois.

In Canada, where restorative justice has been widely practiced since the early 2000s, critics note that many victims don’t want to take part.

“‘Restorative action in its various forms rarely springs from the wishes of the victims themselves or victim support organizations,” writes Arlène Gaudreault, of the School of Criminology at Université de Montréal. “Most of the time, the action centers on the offender. It is often set in motion by services that work with offenders — minor and adult alike — in the context of probation, alternatives to incarceration or parole.”

Still other critics say its reach is simply too limited. Aside from low-level misdemeanor cases, restorative justice doesn’t reduce or replace a significant number of prison and jail sentences, and it doesn’t reverse the country’s historic trend of mass incarceration and the poverty and racism that drive criminality among young people. They say the method has become nothing more than a feel-good patch slapped on top of a broken justice system.

Even those working to deploy restorative justice see its limitations.

“I am always struck by how some system actors are only interested in establishing these programs for a limited number of harms and a limited number of people, intent on maintaining control over the ways communities respond to harm,” Oakland attorney Sia Henry told The Imprint. As a result, she added, the program’s potential can be stifled. “This feels similar to how companies and government agencies, in a knee-jerk reaction to the racial uprising last summer, were quick to issue statements, rename streets, create police reform commissions, etc. in hopes we could all just move past the ‘moment.’”

“People who are victims don’t just get over it”

Still, coastal Santa Cruz County — a historically progressive region in the southern reaches of the greater Bay Area — has embraced restorative justice wholeheartedly. Reforms to its juvenile system, launched in 1999 as one of the earliest projects funded by the Annie E. Casey Foundation, have been praised nationwide.

Alaya Vautier, who directs restorative justice programs for the center, said young people, parents and victims of crimes have all expressed support. Although the cases are kept confidential, Vautier shared some of the written feedback her agency has received:

“I learned the importance of empathy in a more detailed way that I had never thought of, and how people who are victim(s) don’t just get over it,” wrote one youth participant.

A break-in victim told the offender they were reluctant to participate at first, but in the end concluded: “There is value in getting this off my chest to see you and talk to you.”

The results of these efforts are limited but noteworthy: Following 34 face-to-face juvenile victim-offender dialogues between 2016 and 2018, only two of the youth involved committed new crimes within six months, the center reports.

In surveys after the victim awareness classes, 75 percent of the teens reported feeling “understood and accepted responsibility for their past actions,” Vautier said, and 85 percent said they developed “deeper empathy towards the victims of crimes.”

Another county program, Caminos Hacia el Éxito, is run by the police department in nearby Watsonville. More than 428 youth have completed its diversion programs over the past eight years, with just 40 committing new offenses within six months of completing the program. The police department touts this as a 91 percent success rate.

Successful results from restorative justice have long been reported across the country, going back to a 1993 study of victim-offender dialogue programs in four states.

Later, a 2005 meta-analysis reviewing cases of nearly 12,000 youth showed a positive “intervention effect” resulting from victim-offender dialogue that was twice that of traditional court cases.

In 2016, another study found that of 551 Texas youth, those who went through traditional juvenile courts committed new crimes in nearly 50 percent of cases, while those in a “minimal restorative justice educational program” had a 31 percent recidivism rate.

As recently as December 2020, a report looking at recidivism rates and victim satisfaction across a number of studies found that “results are promising for both, regardless of whether the program targets juvenile or adult offenders, or low-level or serious (even violent) crimes.”

It’s tough for a journalist to observe a restorative justice circle or dialogue because they are kept confidential. For this piece, The Imprint revisited a rare observation a reporter was able to document. It took place in 2012 at Hartnell Community College in Salinas, across the bay from Santa Cruz.

Tracy, a young woman, faces her mother as they sit in a circle of supporters, advocates and a trained mediator.

Tracy has heard of this type of “restorative circle” for offenders and victims, but she never thought it would apply to her. As a rehabilitated drug offender now going to college, she reasoned that her long list of crimes never hurt anyone except herself, the kind of drug-use offenses justice reform advocates call nonviolent and “victimless.”

As a reporter looks on, several women in the circle talk about the good work Tracy has done since coming home from a women’s prison in the Central Valley.

“With everything I’ve done to try to turn my life around, I never knew that I needed to make amends,” she says, still unsure how all this will apply to her.

Then her mother speaks. She is shaking.

“It’s not easy when you have a child that’s incarcerated or into trouble,” the woman says. “You live every day waiting for the phone call or the knock on the door, and you say, ‘What now?’”

As she continues, Tracy is stunned to hear, to really feel, the depth of suffering she inflicted on her mother. She understands now that even drug crimes can have victims. Everyone is crying as she and her mother talk about Tracy’s teen years, each acknowledging the ways they — often unknowingly — hurt each other.

From restorative to transformative justice

Despite the research findings, and the powerful emotions of sessions like the one Tracy participated in, some youth justice advocates express surprising levels of dissatisfaction with the restorative justice approach.

Henry, a senior program specialist with Oakland-based Impact Justice’s Restorative Justice Project, argues that for it to be effective, America must create its own version of a Truth and Reconciliation Commission — one that addresses historic and ongoing systemic harms. “If this country is serious about realizing a more racially just society, it first has to stop trying to placate those most harmed by its racism and, instead, commit to doing the long, hard work real transformation demands,” Henry said.

Her preferred approach is what many call “transformative justice,” which aims to correct the broader, systemic roots of crime and injustice — not merely hold individual offenders to account.

“It is critical Black and Indigenous people lead these efforts, as members and beneficiaries of the oppressive class are in no position to tell the oppressed how to heal from their oppression,” Henry said. Only then can restorative justice work to combat and heal the impacts of crime, she argues.

Indeed, except in minor juvenile cases, restorative programs in the U.S. do little if anything to reduce mass incarceration. They rarely replace a prison or jail sentence. In Santa Cruz County, for example, Vautier said that for some juveniles charged with serious crimes, “the judge might ask the person to have a dialogue with the victim.” But the intervention doesn’t usually keep the offender from being locked up.

Still, ever the juvenile justice reform pioneer, the county may again soon lead the way for the nation. Vautier said “there’s a will” among local officials to apply more restorative justice practices as a preventive measure, before youth even end up in detention.

“Juvenile probation here is pretty progressive and very interested in keeping them out of juvenile hall as much as possible, to do things differently,” she said. “If we could reach the youth before they go through court, we might have better outcomes.”

This story is being co-published with The Imprint, a national news outlet covering child welfare and juvenile justice issues.