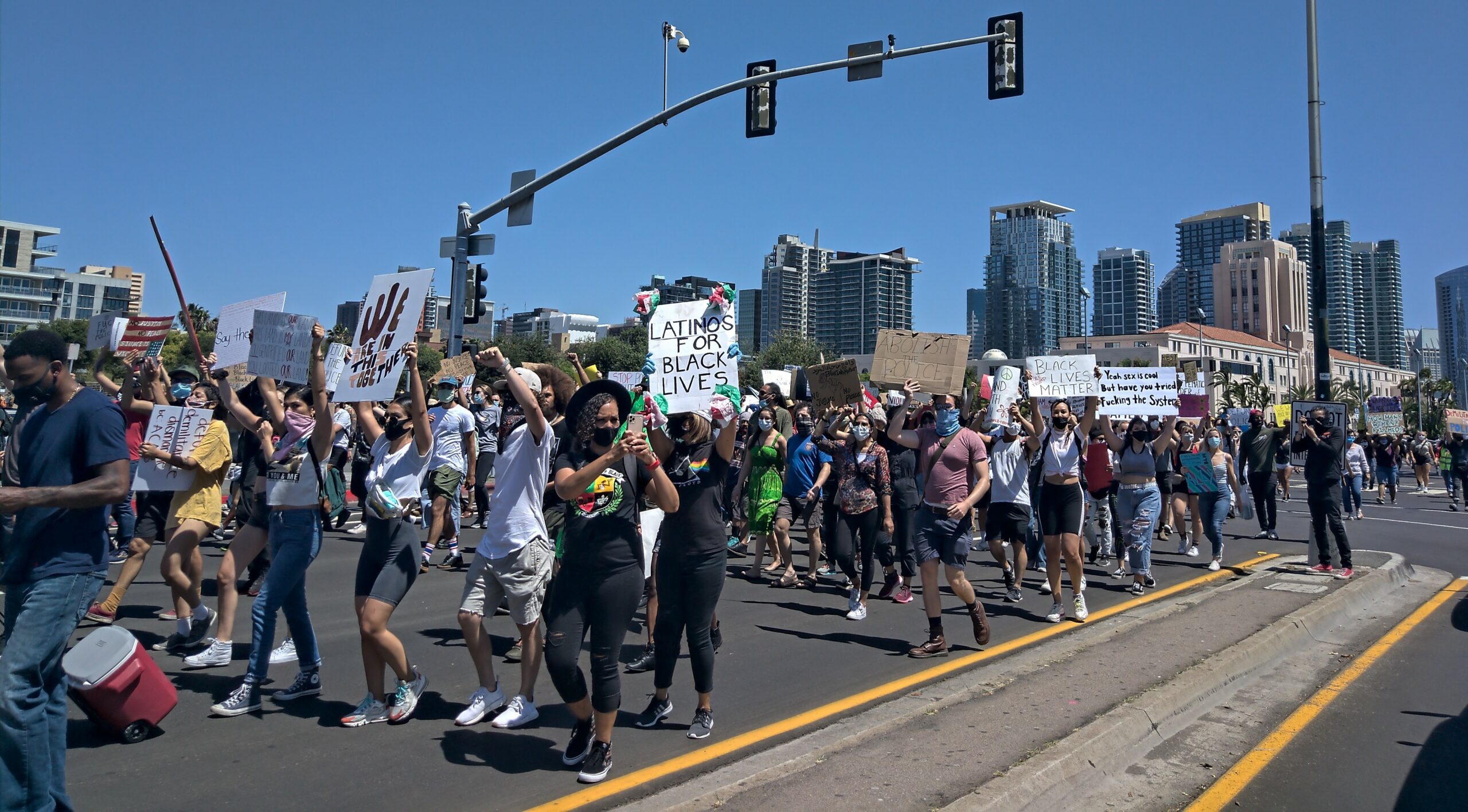 Analysis: The Case for Defunding the Police

The phrase “defund the police” has become a rallying cry in the wake of last summer’s uprising for racial justice and a radical reimagining of policing and public safety. While the concept has been on the minds of racial justice advocates since at least 2016, it has raised some concerns and confusion for those less familiar with the movement.

“Won’t taking funds away from the police make communities more dangerous?” people frequently ask me in discussions about the topic. “Aren’t police vital to maintain order and keep communities safe?”

I tell them they are missing the bigger picture. Throughout California, local governments already invest a huge percentage of their budgets in policing, often to the detriment of other community services. Yet the results of this enormous taxpayer outlay are mediocre at best. That’s why advocates across the country are calling on governments to reduce police budgets and reallocate those funds to services that tackle the underlying social and economic factors generating crime and perpetuating structural racism. These include programs such as job training, mental health services, homelessness prevention and basic income supports.

One need go no further than my hometown of Oakland to understand how excessive and ineffective spending on police has become.

The City of Oakland allocated 42 percent of its general fund to its police department in 2020, the third-highest proportion among Alameda County cities. In sheer dollar terms, Oakland spends more on police than any other city in Alameda County.

Oakland’s highest paid public employee was a police officer making $640,000 a year in pay and benefits. In addition to local dollars, Oakland and other police departments across the country are further subsidized by dedicated federal funding. As a result, state and local governments had access to $235 million in federal funding for law enforcement in fiscal year 2020.

Despite Oakland’s immense investment in police, the return on investment for taxpayers is highly questionable. Almost half of the city’s 2019 homicides went unsolved. Likewise, the Oakland police struggle to investigate property crimes. In 2019, only 0.5 percent of property crimes in Oakland were solved . Not only that, most calls to the Oakland Police Department have little or nothing to do with crime and protecting the public.

According to a recent assessment by independent data analysis firm Datalytics, only about 4 percent of police department calls for service in Oakland are for violent crime, while just 7 percent are for property crime.

The most common category of calls? “Miscellaneous” policing calls, which accounted for 36 percent of calls and focus on administrative activities, responding to unfounded incidents and conducting security checks.

Similar scenarios play out throughout the country, where departments struggle to clear crimes and support the return of property, despite massive investments from federal, state, and local governments.

Importantly, these statistics also elide a larger issue: lack of funding for crime prevention. Congress created the Edward Byrne Justice Assistance Grant Program in 2005 to provide supplemental funds for law enforcement, including for officer training, crime prevention and education. Yet research from 2016 shows that only 6 percent of these funds went toward prevention. Instead, departments across the country primarily spend the grants on responses to crime and violence. Law enforcement agencies throughout the country use roughly 40 percent of the funds on drug and gang task forces and police equipment. In the face of all this spending, California’s communities still face major public safety and social issues that have yet to be solved by policing.

So if substantial investments in law enforcement don’t work, what are our options?

This question is one that community-based organizations and leaders throughout the state are working to solve. One example of an alternative to police involvement is the Anti-Police Terror Project’s pioneering Mental Health First (or M.H. First) program in Oakland and Sacramento. The program functions as a hotline that provides a non-police based response to mental health crises, psychiatric emergencies, substance use support and domestic violence situations. Crisis responders use de-escalation tactics and peer support to resolve conflict, instead of guns, Tasers and other potentially lethal responses used by police that can escalate hostilities and result in loss of life.

Other California-based initiatives include the work done by the city of Los Angeles’ Office of Gang Reduction & Youth Development (GRYD).

These intervention workers focus on quelling rumors about serious crimes while also focusing on communication and peace-making to prevent future violence. Law enforcement plays a role in the GRYD response to violent crime, but GRYD intervention workers lead most of the violence prevention and de-escalation work.

Local organizations working in partnership with community members and those most impacted by violent crime may ultimately be the best way to break cyclical violence in neighborhoods that have historically faced marginalization and outright discrimination from police officers and state institutions.

To scale these programs and increase their effectiveness, we need more funding.

One proposal by California Assemblywoman Sydney Kamlager is the CRISES Act (AB 118). This bill would establish a grant program to distribute funds to community organizations seeking to establish emergency response teams that could serve as an alternative to policing. These teams would respond to mental health, substance use and domestic violence calls while only relying on law enforcement as a last resort.

Kamlager’s bill sailed through the state legislature last year, but Governor Newsom vetoed it, despite his purported support for police reform.

Reintroduced this year, the bill has gathered renewed support, especially from police reform and public health advocates seeking alternatives to policing. The CRISES Act has true potential to radically transform how California communities respond to emergencies without making the potentially life-threatening decision to call the police.

Policing in the United States is a fraught topic, especially in the communities most impacted by police violence. As the debate rages on,it is vital to remember that local governments are deliberately choosing to invest enormous sums of money in a system that too often views public safety primarily through a violent and punitive lens, rather than going upstream of that limited and often deadly perspective to focus on prevention, public health, and community-based solutions to violence and crime.

The case for defunding the police is not solely a moral one but also a fiduciary and social one. Local governments have a responsibility to wisely invest funds to solve social problems. Advocates for the defund movement understand this and are working to ensure that taxpayer dollars are well spent on solutions that aim to remedy the underlying causes of many of the emergencies Californians face daily. I agree with the work advocates are doing. It is time for legislators and other political leaders to fund and explore alternatives to policing to keep Californians safe, move our state closer to racial equity and build a brighter future.

Denzel Tongue writes a column for the California Health Report about the intersection of racial justice, public policy and health equity. He is a master of public policy candidate at The Goldman School of Public Policy and a California Initiative for Health Equity Fellow.

Analysis: The Case for Defunding the Police