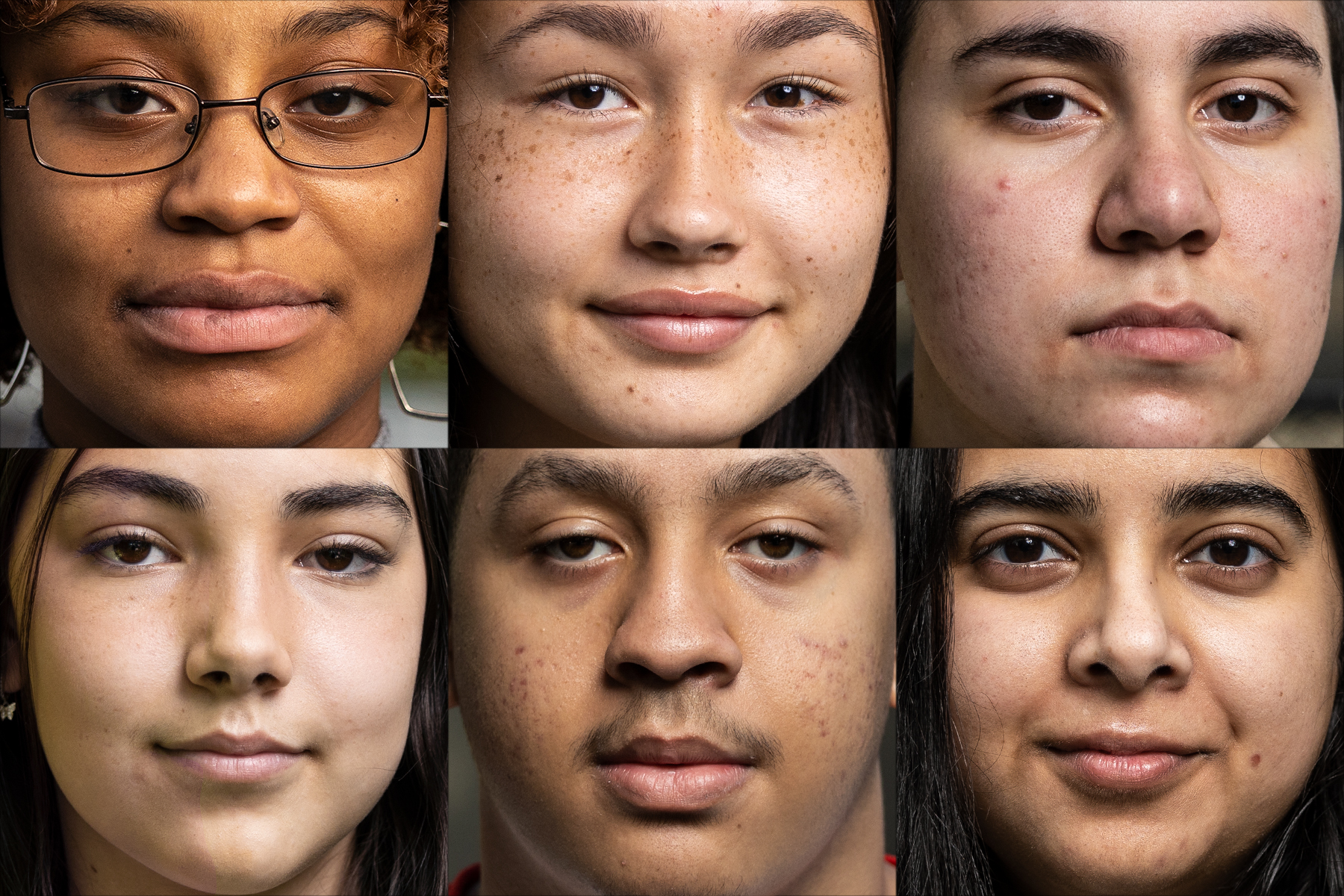 Taking a Stand: How Teens Are Working to End Relationship Violence

An estimated 15.5 million children in the U.S. are exposed to domestic violence each year. According to the federal Centers for Disease Control and Prevention, more than a quarter of girls and 15 percent of boys experience some form of intimate partner violence — such as sexual assault, physical abuse or stalking — before the age of 18. Children and teens who experience dating violence or who are exposed to domestic violence at home are at higher risk for mental health problems. And, due to their past trauma, they are more likely than other young people to experience abusive relationships as adults.

Across California, public health advocates are working to prevent violence before it begins. Among them are hundreds of young people who are sparking conversations in their schools and communities about what healthy relationships should look like and how to recognize abusive behaviors. The California Health Report spoke with six of these youths about their activism and the experiences that motivate them. All saw an urgent need to help more young people recognize abusive behaviors in themselves and others. Doing so, they said, can play a critical role in breaking the cycle of violence.

An escape to hope and safety

Home was not a safe place for Marissa Williams growing up. From the time she was in sixth grade, Williams remembers watching her mom and stepdad argue violently. The disagreements often involved physical abuse.

Starting in middle school, Williams did everything she could to avoid being near her stepfather. She desperately wanted her mom to leave him, but the years passed and the violence escalated.

“I definitely remember being scared,” Williams, now 18, recalled. “I never wanted to go home. You never knew what kind of day he’d had and what kind of mood he’d be in.”

School was her haven. To avoid being home, Williams enrolled in many after-school activities.

Finally, in 2016, her life changed. Her mom left her stepfather and moved with Williams from the Bay Area to San Diego to start a new life. Williams calls San Diego her “saving grace.”

It was there that Williams heard about a storytelling workshop facilitated by the Berkeley-based StoryCenter, which helps individuals and organizations tell stories to inspire social change. She’d never spoken with anyone outside her family about the abuse she’d witnessed. But over several sessions, Williams began to open up. What emerged was a script and video that captures not only the pain and sadness of her past, but also her resilience and hope for the future. The video was featured in a virtual Youth in the Lead Storytelling Showcase in early April.

“My intention with the video was to communicate that a traumatic experience does not define who you are,” Williams said. “You get to choose what your life is going to be like.

“I definitely could have chosen to be bitter and angry, but I’m not. I’m choosing to be happy now and joyful and appreciate everything that I have.”

To other young people stuck in difficult situations, Williams offers this:

“Life is choice,” she said. “Continue fighting and do not give up.”

A painful early lesson drives this student to help others

Ben Salemme was a freshman at James C. Enochs High School in Modesto when he heard an announcement about a club focused on preventing violence in teen relationships. Other students in his class didn’t seem too interested, but Salemme couldn’t wait to join.

Though barely 14 at the time, teenage dating violence was very real for Salemme. In eighth grade, he got involved in what he now understands was a toxic relationship. He experienced emotional abuse and blackmail, and became isolated from his friends. The situation got so bad that his college-age sister travelled home from San Diego to persuade him to break up with the girl he was dating.

“That was the lowest point that I’ve ever been in in my life,” Salemme said. “It’s the thing that motivates me the most to keep going in my activism.”

Now 17, Salemme is a youth leader with the Healthy And Responsible Relationships Troop, a school-based, youth-led adolescent relationship abuse prevention program run by Haven Women’s Center of Stanislaus. With other youth leaders from nearby high schools, he delivers presentations about dating violence and healthy relationships during health classes, school assemblies and youth conferences. He’s helped create short films and skits about sexual assault and dating violence for community events. And he’s contributed to a podcast that discusses jealousy in relationships and media portrayals of romance.

Salemme wishes he could share the information he now presents with his 13-year-old self. He would have ended his middle school relationship much sooner, he said. Adults often tell him they would have benefitted from learning about dating violence as teenagers too.

“You should have at least one day (in school) where someone talks about what healthy relationships are supposed to look like,” he said. “I know there are thousands of schools across the nation where teens are not getting this type of education, and teens will continue to suffer.”

Zara Ahmed became interested in dating violence prevention during high school. She was alarmed by some of the dating behaviors she saw other students engage in, such as pushing another person to have sex before they were ready, or trying to exert control. She was also outraged by the rape case involving Stanford University swimmer Brock Turner, who received what many people regard as a lenient 6-month jail sentence for assaulting an unconscious woman.

Now 19, Ahmed is a youth leader with Team Stronger Than You Think, a Fremont-based organization that works to educate other young people about healthy relationships. Every year, the group holds a day-long program for area students about a different relationship-related subject. Past topics have included how to have honest conversations with a romantic partner, dismantle gender stereotypes, empower LGBTQ+ students, take care of one’s mental health and more.

This year the summit, called Symbiosis, is happening online due to COVID-19.

“It’s a really big thing to have an event for the youth, that celebrates the youth and is also made by the youth,” Ahmed said.

Ahmed and other team members also give presentations at local schools. And they strive to educate themselves about healthy relationship topics through biweekly discussions facilitated by staff mentors at SAVE, a domestic violence crisis center in Fremont.

The knowledge Ahmed has gained as a youth leader has allowed her to help friends in troubled relationships, and to “create conversations between me and my peers that we wouldn’t otherwise be having,” she said.

From supportive friend to youth mentor

Rosalio Castellanos was 15 when his mom, Lyona Smith-Kinsey, an advocate for domestic violence survivors, began talking to him about “red flags” to look out for in relationships.

“Don’t rush into dating,” she’d tell him. “Get to know a person first before getting serious. Watch how they treat their family and friends, because that gives you clues about how they’ll treat you. Set boundaries and know your worth.”

At first, the lessons seemed abstract. But in his sophomore year at Oakland School for the Arts, Castellanos noticed one of his friends was dating a boy who constantly talked down to her. The boy tried to stop her from seeing her friends and told her that no one else would date her. Major red flags, Castellanos thought.

“When I saw that, it really hurt me,” he said. “I’d never want to see any teen or anybody be hurt like that.”

So he decided to intervene. He shared the lessons his mom had taught him with his friend, and pointed out that the relationship wasn’t healthy. After successfully convincing her to leave her boyfriend, other friends started asking Castellanos for advice about their dating troubles.

Now 17 and living in Sacramento, Castellanos volunteers as a teen mentor. Late last year he became a Youth Leader for My Sister’s House in Sacramento, a nonprofit agency serving women and children impacted by domestic violence, sexual assault and human trafficking. He talks with teens who have experienced dating violence, unhealthy friendships or violence in their homes. He helps guide them to resources and reassures them that they’re not alone. One day, he hopes to become an advocate like his mom.

“I want to help people speak out and get help if they need it,” he said. “I want them to feel more confident and not feel so scared … and to realize they don’t have to keep everything to themselves.”

Creating a safe space for teens

Kaile Fernandes, 16, knows what it’s like to grow up around violence, and to be ashamed to talk about it. For years, she witnessed abuse in her home, but was too scared to tell her friends, assuming they wouldn’t understand.

That changed when, two years ago, she became a youth advocate with the Center for the Pacific Asian Family in Los Angeles. There, she was introduced to other teenagers who had experienced domestic violence.

“It was the first time I felt comfortable talking about my situation,” she said.

Fernandes wants other young people to have a safe space to talk about intimate partner violence, and to learn about healthy relationships. After participating in a leadership project with other youth advocates last summer, she came up with a plan to start a club at South Pasadena High School, which she attends. The club is designed to give students an opportunity to learn about and discuss violence prevention, and to share their own experiences.

“I want to make sure I can help end the causes of violence,” Fernandes said. “No one should go through it.”

Estrella Torres has been using her love of singing, acting and making videos to spread the word about healthy relationships and how to recognize harassment since she was 12. Her first role was starring in a “Baby Shark” video for children about body safety, which she worked on with her sister, Julie, and mom, Jennifer, a community educator at the Center For A Non Violent Community in Sonora.

Now an eighth grader in the Connections Visual and Performing Arts Academy at Summerville High School in Tuolumne, Torres, 14, is a youth mentor with the center. She helps write scripts about healthy relationships and violence prevention for middle school students, including a youth-led news series about sexual harassment. She’s also editing videos about healthy relationships for a Tuolumne-based youth coalition.

Torres spoke at a local roundtable discussion on healthy relationships in February, and participated in a question and answer session between California youth and legislators organized by the California Partnership to End Domestic Violence.

At school, Torres said friends often ask her for advice about how to handle relationship issues and difficult interactions with peers. She helps them recognize unhealthy behaviors like jealousy and body shaming, and advises students to find a trusted adult such as a teacher or staff member, to speak to if a situation is serious.

“Sexual harassment and situations similar to those do happen,” she said. “You should know there is someone you can talk to.”

This story was produced in partnership with Resolve Magazine and YES! Magazine.

Taking a Stand: How Teens Are Working to End Relationship Violence