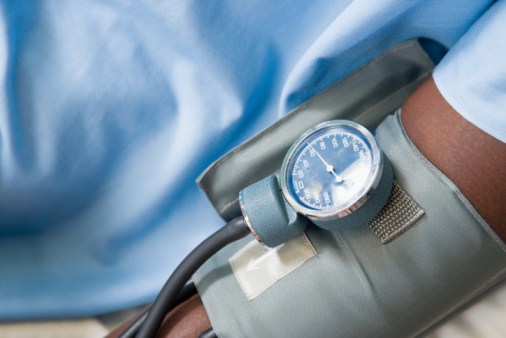 As the complicated drama of federal health care reform continues, some patients in California face a far more basic problem: getting timely access to to a primary care doctor.

Outside of the Golden State’s major metropolitan areas such as the cities of San Francisco, Los Angeles and San Diego it is increasingly difficult for people to get access to general primary medical care, experts say.

A report from the University of California San Francisco’s HealthForce Center released this summer projects that the state will suffer a primary care clinician shortfall over the next 15 years with the hardest hit areas in the Central Valley, Central Coast and Southern Border areas.

“California faces a looming shortage of primary care clinicians in the coming decades,” said UCSF HealthForce researcher Janet Coffman. “If we continue along our current path, more and more Californians will need to visit the emergency room for conditions like asthma, ear infections or flu because they lack a primary care provider.”

One example of the doctor shortage is in Monterey County, home to some of the nation’s wealthiest people and the most impoverished. Farmworkers make up much of the latter group.

While the area’s middle or upper income residents can generally get to the caregivers they need, that’s not the case for those that live in the Alisal area of the county seat, Salinas. Access to general medical help gets worse as one travels further south down the spine of the Salinas Valley in communities like Chualar, Soledad, San Ardo and Gonzales.

In Gonzales, officials have tried to bridge that access gap with the construction of a clinic that is an extension of the Salinas Valley Memorial Hospital Healthcare System, a California Health Care District system that includes a 263-bed main hospital in Salinas. The 6,400-square-foot Gonzales facility, formally known as the Taylor Farms Family Health & Wellness Center, is like a small hospital, offering services well beyond those of a typical health clinic.

Christine Ponzio, a family physician who ran a private practice in Gonzales for decades, was appointed medical director of the new 5th Street facility.

“My clinic was really at capacity and we really needed more doctors and more equipment so that we can more things in-house and right here,” Ponzio said. “We needed a place where patients could be seen quickly and good quality medical care can be delivered without having to travel 50 or 100 miles.”

The facility, which opened earlier this year also offers preventive care, including preventive care for women care such as annual exams including pap smears. Also available for first time locally is nutrition counseling as well as on-site diabetes and asthma care.

Taylor Farms, which alone employs some 10,000 farmworkers, packers and shippers in the south Salinas Valley area, was the leading contributor to a multimillion-dollar fundraising campaign for the new facility, Ponzio noted.

While getting access to a doctor in the south Salinas Valley got easier this year, experts say it remains a looming problem that is only getting worse elsewhere in the Golden State.

According to the UCSF HealthForce study, demand for primary care clinicians in the state will jump by 12 to 17 percent by 2018.

The study also shows that primary doctor supply will continue to decline through 2030. By that year, nurse practitioners and physician assistants will comprise fully half of all fulltime California primary care clinicians, according to the study.

The study offers a series of suggestions to help turn the problem around. Some of those ideas include:

But in addition to medical schools retooling their approach to recruiting, individual doctors themselves can be the catalyst to improve patient access and care in traditionally underserved, impoverished areas of the state.

While he is very much a specialist as an eye surgeon, Ruwan Silva understands how his Mondays spent in residence at a Salinas ophthalmological center provide access to an advanced level of eye care that would otherwise be difficult to find.

Silva was educated at Harvard and Cambridge universities. After returning from England he entered Stanford University Medical School where he eventually specialized in ophthalmology. Silva now practices at the university’s medical center and teaches at the medical school where he is an assistant professor.

But early every Monday Silva packs a lunch and drives the 90 minutes from the Palo Alto area to Salinas where he gives care to a steady stream of patients all day. Silva credits the generosity of Stanford and Vantage Eye Center for helping him make the program happen.

And, Silva added, getting to Salinas wasn’t just confronting a long drive down Highway 101.

Silva said a variety of issues such as payer mix, insurance and surgery location and equipment all had to be negotiated and worked out. He notes that often those same issues conspire to block physicians from helping the underserved in rural areas.

“One of the main motivating factors was the opportunity to affect change in a medically underserved population in dire need of medical care,” Silva said in an email. “Some of the indigent patients in Salinas have some of the most advanced pathology (particularly in the form of diabetic eye disease) that is still amenable to treatment. While these cases sometimes prove tremendously challenging in terms of surgical complexity, there is consequently that much more gratification in seeing their vision improve.”