Deal or No Deal, Covered California Plans to Protect Consumers from Price Hikes 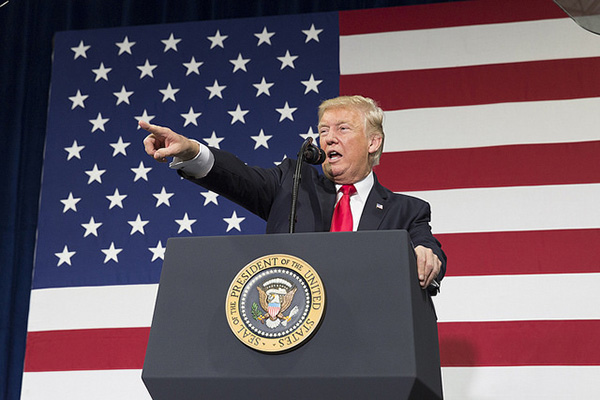 Health insurance costs for California’s low-income residents will remain about the same next year despite President Trump’s decision to end cost-sharing subsidies for health insurance companies.

Senators Lamar Alexander, a Republican of Tennessee, and Patty Murray, a Democrat of Washington, reached a deal Tuesday to fund the subsidies for two years. That deal needs a Congressional vote to be approved but even if it falls through, low-income residents in California will still be unaffected.

Covered California anticipated such a move because of Trump’s repeated threats to do so and developed a work-around which will keep health costs about the same for most subsidized customers, said James Scullary, a spokesperson for Covered California.

“Our message is you can still count on Covered California,” he said.

Open enrollment for the exchange begins Nov. 1. The work-around involves the insurance companies shifting costs to premiums, which are still subsidized by the federal government and are unaffected by Trump’s decision.

What Trump eliminated on Friday was cost-sharing reduction payments, amounting to $600 million statewide, which go to insurance companies to pay for reduced deductibles and copays for low-income people. The Affordable Care Act requires insurance companies to offer the reduced deductibles and copays to people who have incomes of 100-250 percent of the poverty level ($24,300-$48,600 for a family of four). These reductions are only available for those who sign up for a silver level health plan.

In response, Covered California decided to add a surcharge just on silver level plan premiums. This way insurance companies will make up the lost funding and low-income consumers will be saved from huge price hikes as federal premium subsidies will cover the increase.

As an example, one low-income Nevada County resident’s silver plan health insurance will rise $500 a month in 2018 but because of federal assistance, she will only pay $1 a month more.

The average surcharge on silver level plans will be 12.4 percent but will vary with each health insurance company and will range from 8-27 percent. Open enrollment runs Nov. 1-Jan. 31.

As of March this year, there were 1.4 million people enrolled in Covered California with 1.2 million benefitting from subsidies.

“Virtually all California consumers can be protected from this intentional price hike from the Trump administration,” said Anthony Wright, executive director of advocacy group Health Access. The bad news is it will take a lot of explanation and some folks may get lost in the process because of the complexity and confusion of this work around.”

Jen Flory, policy advocate for the Western Center on Law and Property, said it’s more important than ever for people to ask questions and shop around for insurance this year. She and others are concerned that some people may panic at the higher costs of the premiums and give up without learning that the price jump will be subsidized.

Another concern is what will happen to people who make too much money to qualify for the premium subsidies. They may pay less buying a gold plan, which comes with more coverage, then sticking to a silver plan with the sur charge. They can also purchase a silver plan minus the sur charge if they get it directly from the health insurance company rather than working through Covered California.

California Attorney General Xavier Becerra announced Friday that he is leading a coalition of 18 states and the District of Columbia in suing the Trump administration for halting cost-sharing payments. He says the decision is not in accordance with the Affordable Care Act.

Deal or No Deal, Covered California Plans to Protect Consumers from Price Hikes