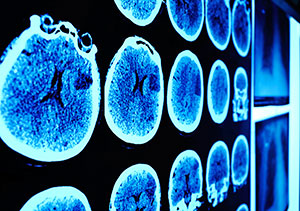 Every year another potential “breakthrough” in dementia treatment is trumpeted as potential salvation.

But there’s just one problem.

What we do know is that the Latino population is exploding, and without a true medical breakthrough, there are expected to be 1.1 million Latinos with Alzheimer’s nationwide by 2030 and a whopping 3.5 million with the disease by 2060 – an increase of more than 800% from the 379,000 estimated in 2012.

Researchers predict that the associated costs of care – medical treatment, long-term care, and millions of family caregivers – will tally $373 billion by 2030 and a whopping $2.35 trillion (yes, trillion) by 2060.

Latinos suffer from dementia at rates 50% higher than whites. Why?

Medical and socioeconomic factors contribute to the prevalence of Alzheimer’s disease in the Latino community. Diabetes, hypertension and obesity, left untreated, can exacerbate the disease while poverty, discrimination, and limited access to quality healthcare can speed cognitive decline.

“Latino families are increasingly in the crosshairs of this growing public health crisis and are among the least resourced to deal with the financial demand Alzheimer’s places on households and on family caregivers,” says Jason Resendez, executive director of the LatinosAgainstAlzheimer’s, and co-author of the report.

“Due to demographic and family structure shifts among Latinos,” says report co-author Shinyi Wu, “there will be a lower ratio of younger generations able to take care of older generations living with Alzheimer’s, placing significant societal and economic stress on Latinos.”

“They will never be addressed without a comprehensive plan,” says William Vega, executive director of the USC institute.

Meanwhile, outreach to the Latino community for both information and participation in clinical trials is extremely challenging.

“There are a lot of issues that operate as barriers to those in poverty,” says Vega, citing childcare and transportation.

He emphasizes the role of teachers, primary care physicians and the media in spreading the word about dementia and brain health.

Information delivered simply, in Spanish, using third grade language, and offered in graphic or comic book form are critical to this success.

Besides efforts at USC, the UC Davis Latino Aging Research Resource Center is the country’s sole research facility specializing in the intersection of Latino aging and dementia.