Study Suggests How Good Bacteria Gets Into Babies’ Guts 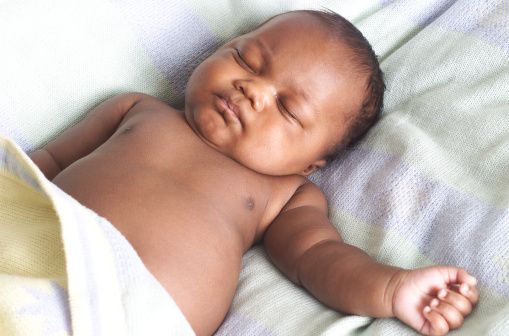 Researchers at the Washington University School of Medicine in St. Louis have found a pattern to bacteria development in the GI tracks of babies, a finding that may improve the health of preemies.

“Your earliest gut microbes probably have lifelong consequences, but we know very little about how these microbial communities assemble,” explains senior author Phillip I. Tarr, M.D., the Melvin E. Carnahan Professor of Pediatrics.

According to the study, the development of bacteria is orderly and choreographed in babies. But the pace of that assembly in slowest in the infants born most prematurely.

The population of bacteria in premature babies’ gastrointestinal tracts may also depend more on their biological makeup and gestational age at birth than on the environmental factors, like breast milk and bacteria transferred by human touch, that affect full term babies.

Researchers at The Genome Institute at the Washington University School of Medicine used DNA sequencing to count the bacterial populations in 922 stool samples from 58 premature infants. The babies ranged from 23 to 33 weeks in gestational age and weighed 1,500 grams (3 pounds, 5 ounces) or less.

The investigators found that three major classes of bacteria colonized the preemies’ guts in sequence.

Earliest in life, a group of bacteria called Bacilli dominated. Then, a class known as Gammaproteobacteria became abundant. Third was a class identified as Clostridia.

Environmental factors — including whether the babies’ deliveries were vaginal or cesarean, whether they had been given antibiotics, their ages when stools were sampled, and their diets — influenced the pace, but not the order, of the progression.

Next the researchers plan to study premature babies who suffer from necrotizing enterocolitis (NEC), a disorder in premature infants that causes tissue death in the lining of the intestinal wall. NEC occurs in up to 10 percent of premature infants and is fatal 25 to 35 percent of the time.

Scientists believe gut microbes play a part in the disease.

Study Suggests How Good Bacteria Gets Into Babies’ Guts