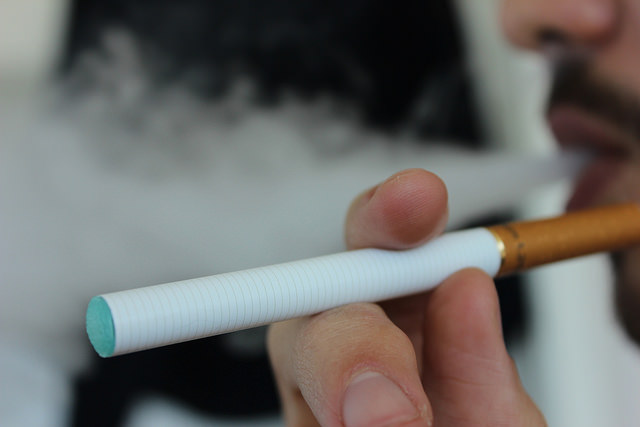 Researchers analyzed TV advertising data and viewership ratings for e-cigarette commercials by quarter, year and sponsor across U.S. networks and programs and calculated ad exposure for youth ages 12 to 17 years of age and young adults 18 to 24 years old and found that more than 75 percent of e-cigarette ad exposure to youth occurred on cable networks, including AMC, Country Music Television, Comedy Central, WGN America, TV Land, and VH1 and on popular programs including The Bachelor, Big Brother, and Survivor. that were among the 100 highest-rated youth programs for the 2012-2013 TV season.

“E-cigarette companies advertise to a broad TV audience that includes 24 million youth,” says Duke. “Given the potential harm of e-cigarettes to youth and their potential as a gateway to using cigarettes and other tobacco products, the FDA needs to regulate the positive images of e cigarettes on television and other venues where youth view advertising and marketing like they do for traditional cigarettes.”

According to a Centers for Disease Control and Prevention study, as of 2012, an estimated 1.8 million middle and high school students had used e-cigarettes and almost 10 percent of students who have used e-cigarettes have never used traditional cigarettes.

Previous research by RTI found that particles found in e-cigarette vapors may cause or worsen acute respiratory diseases, including asthma and bronchitis, among youth and another RTI study found that e-cigarette ad expenditures tripled in the United States from $6.4 million in 2011 to $18.3 million in 2012.

Traditional cigarette TV ads were banned in the U.S. in 1971, but e-cigarettes currently are not included in those restrictions.  The FDA is currently collecting public comments on e-cigarette regulations proposed earlier this year.