Fatherhood Program Hopes to Make a Difference in Merced County 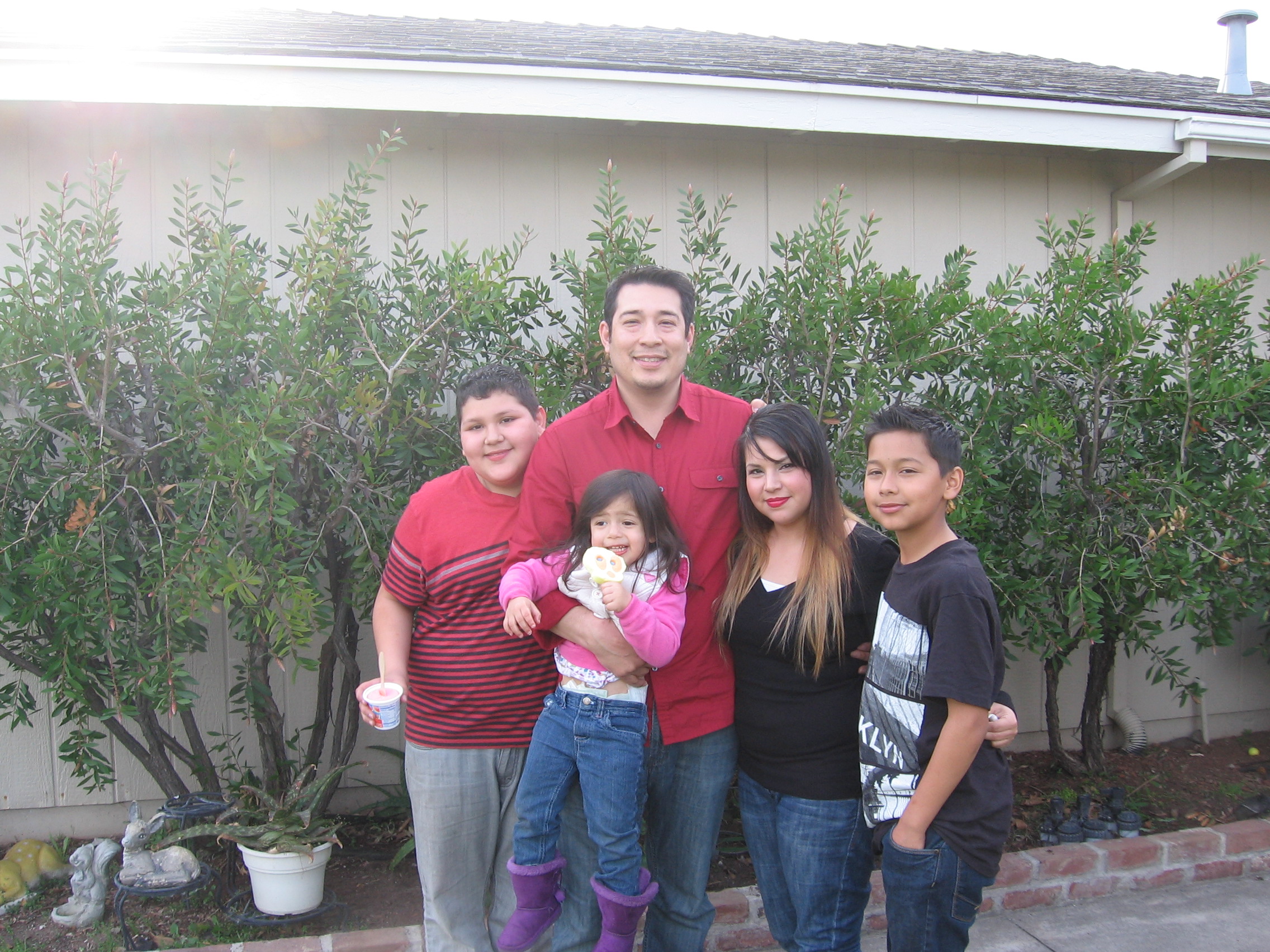 Like many men, Cesar Vera got his ideas about being a father from watching his own dad, who worked 12 hours a day for little money, but managed to provide for a family that lived most of the year in migrant farm camps in the Central Valley.

“I played with my kids more than my dad ever had time to play with us,” Vera said. “I thought I was father of the year.”

Vera thought he was such a good father to his two young sons, he was ready to facilitate fatherhood programs for the Merced County Human Services Agency where he had been working.

But as he quickly learned, there’s much more to fatherhood than being a playmate.

Studies show the number of participatory fathers has dropped since the 1960s, but research from such universities as Vanderbilt, Penn State, Stanford and others supports the idea that a participatory, positive father figure has dramatic effects on a child’s behavior, learning, higher education, health and overall well-being.

Fatherhood.gov, a resource site for dads developed by the National Responsible Fatherhood Clearinghouse and the U.S. Department of Health and Human Services Administration for Children and Families’ Office of Family Assistance, shows that in 2012, there was an estimated 70.1 million fathers across the nation, but only 24.4 million were part of married-couple families with children younger than 18.

But single-parenting, no matter how good someone is at it, is difficult.

“Families are healthier when there are two active adults involved. It doesn’t have to be the biological father. The father-figure just has to be consistent and engaged,” said Jocelyn Barron, a marriage and family therapist intern from the Central Valley who counsels families in crisis and teaches parenting classes. “It’s less stressful for the parents and the children, children tend to be less hyper and aggressive, there’s less child abuse, a lower rate of teen pregnancy, kids are less irritable and have less anxiety. Children like a stable, structured life.”

Most California counties have fatherhood programs, and the state has its own through the Family Resource Center.

But Merced County Human Services Agency is particularly proud of its robust All Dads Matter program, which has several components, all for men and children only, including:

–a boot camp for new dads, where veteran dads bring their babies and show new dads how to take care of them;

–Leadership for Life, which teaches men how to navigate the different systems they might need, such as for family resources;

–90-minute workshops for fathers and their children that teach dads how to do fun, educational and healthy activities with their kids like cooking, dancing and science projects

It has been particularly effective among the county’s large Hispanic population. Since 2004, more than 2,000 dads have been through boot camp, and about half are Hispanic, said Vera, who now is program supervisor for All Dads Matter. The average monthly attendance is 20, and the camps are offered at 11 locations around the county, in both English and Spanish.

Vera and his wife, Ambar, both grew up in traditional Hispanic families where dads worked and moms raised the children.

“I couldn’t wait to be a dad,” Cesar Vera said. “I was in the room when the baby was born – that was my idea of being progressive.”

When their first son, Adrian, was born, Vera took two weeks off “to help” Ambar. But his idea of helping, he said, was taking care of their new son as long as nothing went wrong. If the baby cried, he would call for Ambar, no matter what she was doing.

“I literally would be in the middle of a shower – still soapy, and I’d get out and come get the baby,” Ambar Vera said.

But she didn’t expect anything different.

Until her husband had an epiphany, that is.

After their second son, Andres, was born, Cesar was trained to work as a facilitator for All Dads Matter when it began in 2003. He handled meetings without even realizing what he didn’t know.

One evening at boot camp, he really listened as veteran father described to a new dad about how he and his wife divided up duties.

“That was when it clicked for me,” Vera said. He began coming home and telling Ambar what he was learning from his own clients, and that he wanted to be a dad like the ones he was meeting in his program.

At first, Ambar didn’t trust that he could do it, a feeling not uncommon to mothers who are used to being the primary caregivers.

“Mothers don’t always want to give up control,” Barron said. “It’s called ‘gatekeeping.’ They think because dad won’t do things the way they do, they have to close the gate on certain activities.”

But Ambar Vera said she had to get over the idea that because she could often do things quicker or “better,” so she should just do them.

“I could see that his state of mind was changing, and he was carrying me along with him,” she said.

Together, the Veras came up with their own team-parenting program, in which they present a united front, and they share duties, including bathing, clothing, cooking, homework, medical appointments and school duties like parent-teacher meetings.

Ambar gave up some control, and Cesar stepped up. He even learned how to make all-organic food for the boys.

“Those moments, reading to them, cooking dinner for them – those are bonding moments,” Cesar said. “She got that. She let me bond with the boys.”

In 2011, when Adrian was 10, the Veras decided they were ready to have another baby. This time, everything was planned out. Cesar attended all of Ambar’s doctor’s appointments with her, and videotaped every one so that when expectant fathers have questions about it, he can show them the recordings.

Now, their little girl, Ava, is 2, and her older brothers help with her care, learning early how to be dads from watching their dad. It’s Cesar’s job to bathe her, and that is their time to sing together, learn colors and shapes and ABCs.

The outlook for Vera’s family has changed dramatically.

“When I was growing up, there was no future planning, no idea about college,” Cesar said. “My biggest goal was to be able to provide for my family. But for our kids? College is not an option. They will go, and when I hear Adrian talk about getting his Ph.D., it feels really good.”

That’s the kind of change the HSA wants to see throughout the county, so Vera and others at the agency look for men who can facilitate the popular meetings.
Because they have had so many Hispanic participants, they look for dads within the recent-immigrant community who can take part, too.

“It’s hard, because they are new here, and even though I’m bilingual, they don’t know me,” Vera said. “It’s important to them to have someone in their own community who is doing things like changing diapers and reading to the kids, because then they see it is OK.”

Many new dads are scared at first, they don’t want to be criticized for doing things wrong, or they are just unfamiliar with how to handle children, Barron said.

But she and others, including the Veras, know there’s little to be scared of.

“You don’t have to be perfect to be a good father,” Cesar Vera said.

Fatherhood Program Hopes to Make a Difference in Merced County