New Software Could Be a Game-Changer in Diabetes Management 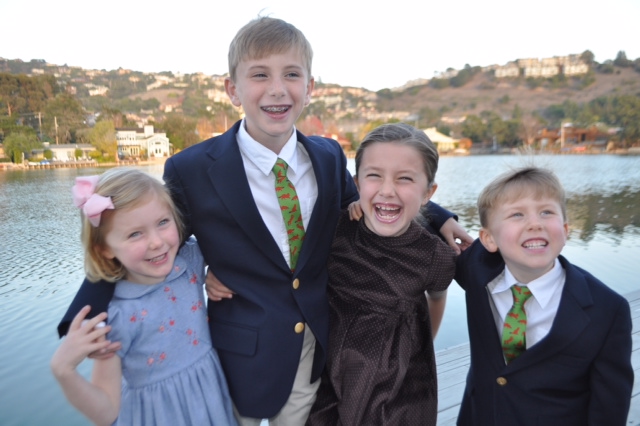 Though Geoff and Brei Tobin’s lives became more complicated when their daughter Tessa developed type 1 diabetes, new software now in development promises to lighten some of the load for them and millions of others.

At 2 ½, Tessa began displaying what the Tobins now know are classic symptoms: lethargy, increased appetite and thirst while losing weight, and excessive urination.

After a visit to the pediatrician, “We got a crash course in diabetes,” Geoff Tobin said.

Managing T1D is a complicated balancing act. Patients work to keep blood sugar levels within certain ranges based on carbohydrate intake, exercise and other physical and emotional factors. If blood sugar drops too low, a person can suffer diabetic coma or even die. High blood sugar has long-term consequences including nerve damage; vision loss; infections that can lead to amputations; heart disease; stroke; and kidney disease.

That means dozens of decisions a day regarding food, exercise and insulin dosages.

Tidepool, the name of a new software platform and the nonprofit company developing it, is designed to gather and display patient data in a way that’s easy to read and understand. It could help families, patients and doctors, and change the way T1D is managed around the globe, advocates say.

With three other children, the Marin County family was already busy. But like all parents of T1D children, the Tobins manage Tessa’s disease 24 hours a day. Parents typically get up in the middle of the night to check blood sugar levels, too, as nighttime lows can be particularly dangerous, Tobin said.

“Tessa doesn’t even wake up when we stick her finger,” he said. “She’s such a champ.”

Now 5, Tessa is doing well, her dad said. Someday, she’ll be ready to take over her own T1D management.
Management means pricking Tessa’s fingers eight to 10 times a day to test blood sugar, measuring carbs, considering exercise and circumstances, and, on the spot, figuring the right amount of insulin to administer over the appropriate amount of time.

If you’re good at math, that might not take long. But not everyone is able to digest that amount of data on the fly.
Like many T1D patients, Tessa wears a continuous blood glucose monitor and an insulin pump that must be programmed for each dose. Her parents have to look at all the numbers and analyze them on the spot to make the best decisions.
And when she sees her endocrinologist quarterly, he has to analyze three months’ worth of data to develop recommendations for her.

The problem has been that none of the devices Tessa and others use interact with each other. Her endocrinologist, Dr. Saleh Adi at the Madison Clinic for Pediatric Diabetes at University of California, San Francisco, has to spend about an hour analyzing three different printouts, from the monitor, the pump and a chart of regular finger-stick blood checks.

He has to do this for each patient, every day.

The father of one of Adi’s patients, though, envisioned a way to help. Steven McCanne, a technology entrepreneur who lives in Berkeley, took his daughter to the clinic when she was diagnosed at age 9.

“When I saw all the printouts, I thought ‘Really? That’s how you do it?’ I thought there had to be a better way,” McCanne said.

He was rapidly learning about managing the disease, too.

“It’s hard to get it right, because it’s always changing,” McCanne said. “It’s kind of a scary thing.”

McCanne, who has founded several highly successful software start-ups, began writing computer code, trying to take some of the guesswork out of caring for his daughter. Adi consulted as McCanne developed seed ideas that led to Tidepool, an open-source platform and set of applications now in beta testing. The hope is that Tidepool will be a self-supporting company, but the software will remain free for patients and doctors and anyone who wants to use its basics to write their own applications.

Tidepool communicates between diabetes devices and standardizes the way patient information is displayed.
McCanne and Adi formed the nonprofit with a group of others who deal with T1D as patients, families of patients or medical practitioners. They aren’t out to make money from it, just to help people like them – and their children – manage a difficult disease.

They envision multiple applications using their open-source platform, and have built two initial apps people can download to their phones, computers or tablets for free.

One, Nutshell, aggregates data from various T1D devices along with meal information so at any time, a patient, caretaker and doctor can see current numbers in context with the patient’s historical data.

Because all the data will be readable in one place, it will allow doctors like Adi to review diabetes data with their patients. Adi said much of his practice is about educating people about how to manage the disease, so the application offers more “teachable moments” about how and when to administer insulin.

Blip is an app that blends multi-device data visualization with mobile messaging, allowing users to touch bases with other patients and families, as well as doctors who join the network. Users can ask questions or post numbers for their doctors to look at and comment on. The app incorporates data from the Tidepool, platform, such as meal data from Nutshell, and will also include exercise data from devices like FitBits and FuelBands.

Eventually, Tidepool could be used by anyone with T1D, even if they don’t use a continuous glucose monitor or insulin pump. They would have to manually enter their food data, but could upload information from their blood-glucose meters and get the same results from Blip and Nutshell.

Unlike Type 2 diabetes, T1D patients make no insulin at all. T2D patients make insulin but are resistant to it.
“Initially, all of our focus has been on T1D because it’s so much harder to manage,” McCanne said. “The two diseases are managed quite differently. But we plan on developing something for Type 2 diabetics, as well.”

The developers at Tidepool are testing Blip first, this spring, said President and CEO Howard Look, whose teenage daughter is also a T1D patient. Nutshell is next. In the meantime, the nonprofit is working with diabetes-device manufacturers.

Tidepool could be offered by manufacturers as part of their device packages, Look said. Patients wouldn’t even necessarily know they were using it – it would just come with their pumps or continuous monitors.

Adi said eventually, the software could be used in telemedicine applications all over the world, as patients and doctors join up. He said he hopes users will allow their numbers and disease trends to be collected – anonymously, of course – so researchers can get the best, latest data on T1D.

“The data is becoming increasingly important,” Adi said. “The information is there, but we need to be able to use it. Now, tools and technology are catching up.”

The Tobins have volunteered to be part of the software testing – anything to help them make better choices for Tessa’s care.

“So much of what we do depends on data,” Tobin said. “The better the tools we have, the better off she will be.”

Type 1 Diabetes, by the numbers
About 26 million people in the United States have diabetes. Of that number, about 5 percent have type 1 diabetes.
California has about 3.9 million diabetes patients, about 190,000 of them with type 1 diabetes.
Recent research indicates the number of T1D patients is on the rise.
T1D used to be called juvenile diabetes, but it can strike at any age. No one knows what triggers it, and it comes on suddenly.
Each year, more than 15,000 children and 15,000 adults—approximately 80 people per day—are diagnosed with T1D in the U.S.
Approximately 85 percent of people living with T1D are adults, and 15 percent of people living with T1D are children.
The prevalence of T1D in Americans under age 20 rose by 23 percent between 2001 and 2009.
The rate of T1D incidence among children under age 14 is estimated to increase by three percent annually worldwide.
T1D accounts for $14.9 billion in healthcare costs in the U.S. each year.
From the American Diabetes Association, the Juvenile Diabetes Research Foundation and the California Diabetes Program

New Software Could Be a Game-Changer in Diabetes Management