Will Food Prices Rise Under Obamacare? 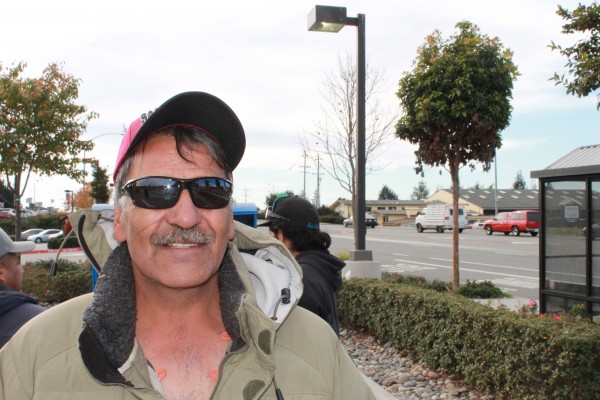 The cost of food likely will go up, but growers could have a more reliable work force after federal laws kick in requiring many farms to provide health insurance to their workers by 2015.

That’s according to growers and agriculture experts in California and around the nation, as they and other employers in the United States prepare to offer health insurance if they employ 50 or more full-time workers.

“A few years ago, when gas prices went skyrocketing, a lot of our bills had a fuel surcharge on them,” said Dru Rivers, owner of Full Belly Farm in Yolo County. Full Belly provides organic, high-end vegetables to shoppers in Northern California. “We’re thinking, ‘ok, we’re going to start putting a health insurance surcharge on all of our invoices now,’” she said, only partially joking.

Rivers said the cost of produce from her farm could jump 3 to 5 percent.

Under the Affordable Care Act, signed by President Barack Obama in 2010, businesses employing 50 or more full time workers must provide health care for them by 2014 or face a penalty on their taxes. Employers of all stripes nationwide, many who have not offered health care in the past, are scrambling to learn what is required of them and meet the deadline.

In agriculture, where labor laws traditionally have been more relaxed than in other sectors, some wonder why they can’t get an exception here, too.

“You’re talking about an occupational group that’s been by and large excluded from the kind of protection that most workers in the United States enjoy,” said Don Villarejo, an agricultural policies researcher based in Davis. For example, unlike most California employees, farmworkers do not receive overtime pay after working eight hours in one day, or 40 hours in one week, Villarejo said. Instead, farm workers only receive overtime after working six consecutive 10-hour days.

Those in the business point to the employee health clinics, low-cost insurance policies and workers compensation now offered by many growers, and wonder if that is enough.

Guadalupe Sandoval, executive director of the California Farm Labor Contractor Association, represents those contracted by growers to bring their crews to work on growers’ farms.

“I assume there will be a requirement for prices to go up,” Sandoval said. He expects contractors to pass on to growers the cost of insuring their workers. That likely will be reflected in the price of food across the United States, he said.

Meanwhile, he said, ag employers face unique circumstances with their employees that many others don’t encounter. For example, many field workers in Southern California’s Imperial Valley live in Mexico. Would U.S. health insurance pay for doctors there?

“We’re hoping the marketplace and the insurance companies come up with a lot of different options to meet the different needs of people out there,” Sandoval said.

While they expect food prices to rise, many in agriculture agree that providing health insurance could help tackle another problem contractors and growers face now: a labor shortage.

About one-half to two-thirds of California’s field workers are in the United States illegally, Villarejo said. Between U.S. immigration crackdowns and the improving Mexican economy, growers nationwide are finding it tougher to find workers to harvest their fields. Signs asking “¿Buscas trabajo?” — “Are you looking for work?” — are a common sight in farm communities.

Meanwhile, those in the U.S. illegally do not qualify for, and are not allowed to buy, health insurance through the federal exchanges. Sandoval said offering health insurance for employees, regardless of immigration status, could be a way for employers to attract and keep workers.

“I think that’s one of the options on the table,” Sandoval said. “If they want to become an employer of choice, employees might want to work for an employer like that.”

Others, though, worry that growers would rather pay the fine for not insuring workers, knowing that those in the country illegally would have no recourse.

That, said Villarejo, “is a giant loophole.”

On a recent morning in front of the Home Depot in Soquel, just south of Santa Cruz, Tony Vergara, 59, stood with a group of men looking for work. He has picked strawberries before and would do it again, he said.

Vergara said he is completely behind Obamacare, and the requirement that businesses provide insurance for their employees.

“It’s fantastic,” Vergara said. “It provides for the ones who have families.”

Giving health insurance to field workers, Vergara said, “would give us a lot of peace.”

At Fully Belly Farm, Rivers said her company pays about $120,000 to insure its 80 employees. That cost will rise, she said, as the policies they offer cover fewer services than what’s required under Obamacare.

However, Rivers said, she does not face the labor shortage that other farmers complain about. Some of her employees, she said, have been with the company 20 years. Part of that, she said, could be attributed to providing workers with health care.

“I think that it plays a really big part in keeping people here,” Rivers said.

Will Food Prices Rise Under Obamacare?