SNAP Benefits Decrease to $1.40 a Meal 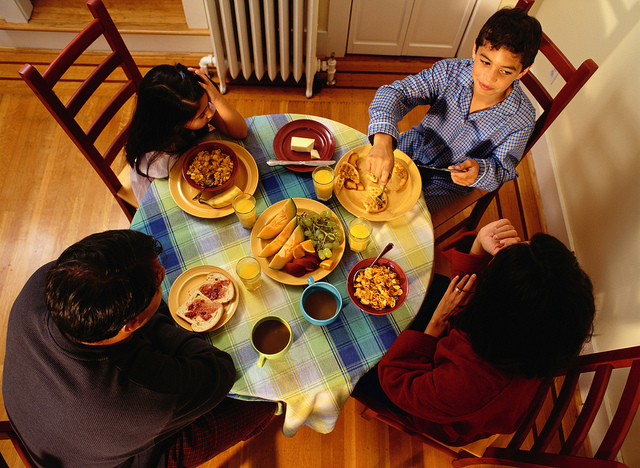 Recipients of the Supplemental Nutrition Assistance Program, the program formerly known as food stamps, will have less money to spend on meals, and millions of dollars will leave the state’s coffers when a federal program expires Oct. 31.

The American Reinvestment and Recovery Act — the federal economic stimulus bill — provided a 13.6 percent nationwide average increase in SNAP benefits in 2009. But the coming decrease will look more like 5 percent because yearly adjustments have been made to account for cost of living, California Department of Social Services Deputy Director of Public Affairs and Outreach Programs Michael Weston said.

Individuals who receive the minimum benefit of $16 a month will see a decrease of $1.

Mailers explaining the cuts were sent out ahead of time to program recipients, Weston said.
While policy makers knew the cuts were coming—ARRA was only intended as a temporary stimulus during the worst of the economic downturn—advocates worry that the decrease, although small, hits the hardest those who need as much help as they can get.

“These households that became eligible for benefits and are using SNAP still haven’t recovered from the past few years,” said policy advocate Kerry Birnbach of California Food Policy Advocates . “The economy hasn’t fully recovered; it’s great that we think economy is getting better, but these people are the last to feel that.”

“We see food assistance as a great benefit to households as they come out of the cycle of poverty,” Birnbach said. “It helps keep them afloat until their situation changes.”

Yet the cuts may make it all that more difficult for a struggling family to hold on until things get financially better, Birnbach said. Beginning November, a family’s budget is reduced to about $1.40 per person per meal.

“We know the low income household budget,” Birnbach said. “It’s an area where we’ve done a lot of work and research and any decrease in budget is a big deal for them.”

Research published by the Washington, D.C.-based center in August estimates that the cuts amount to $5 billion nationwide in the 2014 fiscal year.

One way families spend CalFresh benefits is at produce vendors at farmers markets, many of which partner with school districts to promote nutrition education for grade school students.

“For parents, knowing that we take [CalFresh] is a big relief,” Wellington Square Certified Farmers Market manager Laura Davis said. “Many parents come to our market with their children to specifically buy the fruits and vegetables the kids had seen in school.”

Davis manages and co-founded the small weekly farmers market in the low income Los Angeles neighborhood of Mid-City and said her market sees an average of $300 to $400 per month in SNAP purchases.

While her market, which operates on Sundays in a church parking lot off Washington Boulevard, doesn’t track sales for all 12 market vendors, she says that food stamps most likely don’t amount for a large percentage of total sales.

However, the ability to use CalFresh at a farmers market is still significant both for a family trying to eat well and the farmer trying to keep out of the red, Davis said.

“It’s been good for our farmers to have [CalFresh] available,” Davis said. “Farmers would immediately come to us when the market opened and congratulate us on taking those extra steps to file the paperwork and ensure that the market could accept food stamps.”

“Some of the markets they were at don’t do that and it was very discouraging for them,” Davis continued.

A small difference in sales can be the deciding factor in whether or not a farmer can afford to continue operating at a particular market, she said.

“It’s a very straight-forward business decision for them,” Davis said.

Farmers markets are not the only businesses to profit from food stamp purchases; SNAP is linked to the larger economy, according to the Economic Research Service for the United States Department of Agriculture.

That stimulus is estimated to create $1.79 for every SNAP dollar on a nationwide scale.
“My understanding is that SNAP is one of the most efficient forms of economic stimulus,” Birnbach said. “People are who receive benefits are needy and spend it right away—they’re not holding onto it.”

While the USDA documents a nationwide economic impact of SNAP, the impact of California’s program on the state and local economies is less sure.

Tia Shimada, CFPA researcher and writer of “Lost Dollars, Empty Plates,” which focused on the economic impact of California’s under utilization of SNAP, she worries the state’s economy will not go unscathed.

“A decrease in CalFresh benefits not only means less support for households struggling to make ends meet, it also means that everyone misses out on the economic activity that would be generated by additional CalFresh purchases,” Shimada said.

The immediate impact of the decrease in federal funding is felt first by program participants, but the impact doesn’t end there, according to Birnbach.

“The bottom line is that your benefits are going to jobs in your area,” Birnbach said.

SNAP Benefits Decrease to $1.40 a Meal