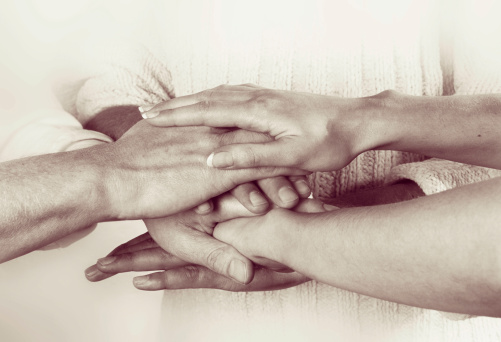 Teresa de los Santos put up with it for 14 years. The punching. The slapping. The constant surveillance. “He threatened to kill me, he threatened to bury me, he threatened to take my son to Mexico where he had family and I would never see my son again,” Teresa recounts. She finally got away by hiding out for five months at a home her mother bought in secret. “I didn’t feel free until he moved out of the state. It took me 3 or 4 years before I got the courage to locate him and start the divorce proceedings,” she adds.

Now Teresa helps other victims as a counselor for Shelter From the Storm (SFTS), which runs a network of domestic violence (DV) shelters in the Coachella Valley. She feels a special kinship with other women in her former situation: “Because I am Hispanic and our culture we basically listen to our husbands, catering to our husbands, because of what I experienced… I can relate to them. I know that fear that they have and what stops them. We help empower women and give them hope that there is help out there.”

The 2009 California Health Survey (the most recent year for which data is available) found that non-white women report a significantly higher rate of intimate partner violence.

First and foremost, SFTS uses translators to make sure victims feel truly heard. The counselors understand how certain aspects of traditional cultures can put an abused wife at a major disadvantage.

Coe laments that many victims simply stay in with her abuser, especially undocumented women, because they worry about being deported and having to leave their children behind. However, these fears may be unfounded.

The Violence Against Women Act (VAWA) was extended by Congress in February. Coe says many undocumented women don’t know that they can get a U-Visa to stay if they have proof of domestic violence. “When they come in, we take pictures, we help them get restraining orders, we help them build a paper trail, we refer them to legal counsel for help with their immigration status. . . and we help them get back on their feet so they don’t have to worry about deportation.”

VAWA also helps gay women assert their rights against their female partners. SFTS works to make every victim aware of her options. When women over the age of fifty become victims of domestic violence, they may be ashamed – so counselors may have to sympathize assure women that domestic violence happens to people of all ages. SFTS makes presentations at the local senior center to reach out to this population. An earlier version of that survey found that almost one-third of California women report experiencing intimate partner violence in their lifetime.

Coe also says SFTS has seen an uptick in the number of military wives seeking help because their husbands brought the violence of the wars in Iraq and Afghanistan home with them. Coe says, “There’s that (attitude of) don’t rat out your fellow soldier, protect your own, keep it on the base and we’ll deal with it.” SFTS can help these women directly with free, confidential services, or steer them toward similar programs offered on the local marine base.

The Blue Shield Foundation* released a study in 2012 on Cultural Competency in California’s Domestic Violence Field. They found that DV programs could benefit by taking a more individualized approach, particularly by asking the victim what she wants, rather than insisting right off the bat that she leave the home and prosecute the abuser. The study also suggests that programs do regular assessments of which services are most requested and which ones generate more positive outcomes.

*The Blue Shield Foundation is a funder of the California Health Report.