Videos on the cutting edge of medical education 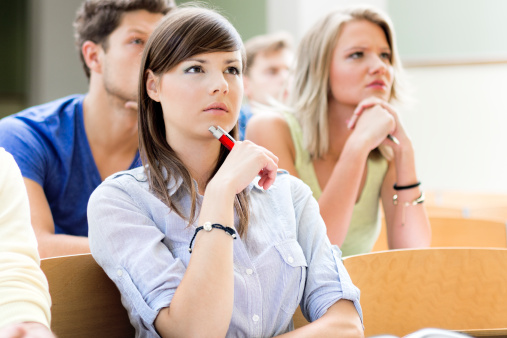 Medicine has changed radically in the past 100 years, but medical education hasn’t kept pace. Med students—and your doc was probably one of them—ditch class more frequently than they attend.

Even at elite institutions like Stanford or Harvard, only about 50 percent of students, at best, attend lectures according to Dr. Rishi Desai, a pediatrician at the Lucille Packard Children’s Hospital, who’s in the forefront of a medical education revolution—for practitioners and patients alike.

“I went through med school and I knew how it didn’t work well for me,” he said.

There was too little emphasis on making connections between academics and real life situations, too little critical thinking and too much rote memorization.

For example, an exam might include a question like how to adjust drug dosages for dialysis patients.

“That’s an information piece. I could simply jump on my IPhone [for the answer],” Desai noted.

“When we didn’t have facts at our fingertips, we needed to drill, Desai said. “What I need to understand is when to know what to look up.”

Desai, who earned a BA from UCLA at 18, a Harvard fellowship after med school and served as an infectious disease investigator at the Centers for Disease Control and Prevention, is now exploring innovative ways to teach medicine at Khan Academy, a small non-profit whose mission is to improve education by providing it online for free “to anyone everywhere”.

The group is best known for making math and science accessible and even fun, with simple videotaped lectures delivered in a conversational style—as if a favorite uncle were doing the teaching.

Indeed, Khan Academy founder Salman Khan first created his videos for a younger cousin who struggled with math, and posted them on YouTube. He never expected them to go viral. But some did, and among those logging on were Bill and Melinda Gates’ kids and the children of Silicon Valley philanthropists, John and Ann Doerr.

The two families offered Khan the funding he needed to quit his day job as an investment banker and devote all his energies to online education.

Khan Academy now offers a chance to learn subjects from Renaissance art history to probability. It’s delivered more than 230 million lessons translated by volunteers into 300 languages. Viewers can play games, test themselves, and even earn merit badges from the coveted Black Hole badge to the more common Meteorite.

Since July, Desai has added 140 videos—in the signature Khan style— to the 20 or so the group had already posted on healthcare and medicine.

The videos include the same information a med student would need, Desai said, but they cover tough concepts and medical terminology in simple terms.

A video on the functioning of the heart begins with a narrative that asks the viewer to imagine life as a toe cell. “This toe cell is just trying to make a living…With a healthy heart pumping blood throughout the body, the tiny cell is fine, but with no blood flow?…Our toe cell is thinking this is awful. If this continues, this toe cell will die.”

The lecture becomes more detailed but it remains a story, not just a recitation of facts.

At the Stanford University School of Medicine, would-be doctors will soon be learning via similarly engaging videotaped lectures, too, according to Dean Charles Prober. The school has begun to experiment with one of the currently trendiest concepts in education, the flipped classroom, and is working with Desai to implement it more fully.

A number of mostly K-12 schools across the country have embraced the model, including a handful that work directly with Khan Academy.

In a flipped classroom, economics students might watch videotaped lectures at home at their own pace, and come to class to deepen their understanding of the material with a stock market game.

In med school, Desai said, classroom visits with real-live patients or in-class exercises could make the videotaped lectures that students would watch at home memorable.

“You could invite a patient with lupus to talk about their experience with the health-care system, and say how many times they were misdiagnosed,” Desai said.

A social worker could discuss how difficult it is for patients with depression to manage their lives. Half the students in a class could debate why they’d use one antibiotic with a patient, while the other half could advocate another drug.

Prober recently made the case for the flipped med school classroom in an article he co-authored in the New England Journal of Medicine, citing two studies that show the model yielded better learning. But researchers at the University of Louisville recently found that high school computer science students performed no better in a flipped classroom than they did in a traditional one.

It’s still too early to tell how effective the flipped classroom is for med school students.

But Prober argued that change is essential, especially in the first two years of medical school when students often find themselves questioning the relevance of what they learn in class to actual medical practice.

“It’s difficult to really learn if you don’t know why you’re learning,” Prober said. “Biomedical knowledge is growing logarithmically. Instead of trying to cram so much material in a students mind, it’s better to provide more pithy bits of knowledge.”

Patients also need better education from their physicians. But Desai said that most physicians, himself included, can’t take more than a couple of minutes to provide it.

“It’s just sound bites: Floss every day. Don’t give your baby honey before one year old,” he said. “I watch people. They look lost as they’re leaving.”

Now, they can learn online about diet and exercise, vaccines, the flu, how to manage diabetes, even about health-care reform and use their two minutes in the doctor’s office more effectively.

“It makes for a richer conversation,” Desai said. “I’ve used it with my patients.”

But the potential for patient education via video is exponentially larger, according to Desai.

“The next step is putting the lab results in context,” Desai said. If, for example, a patient is anemic, a video could explain what anemia is, how it affects the body and how green leafy vegetables can help.
Games and quizzes—which keep math and science students logging on to the Khan Academy site—are also coming soon to the health-care and medicine curriculum, Desai said.

Videos on the cutting edge of medical education