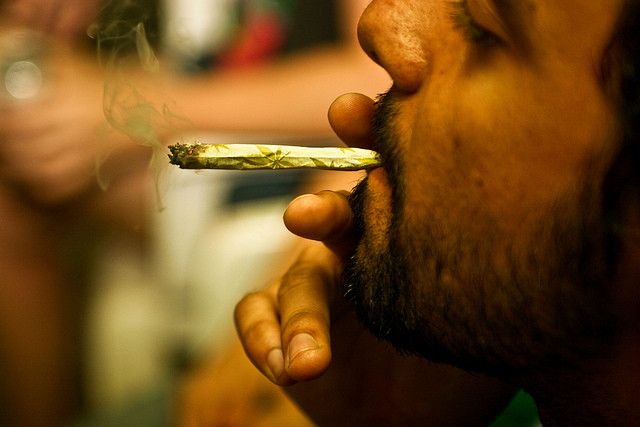 The state Supreme Court has until May 6 to decide whether local governments can ban medical marijuana dispensaries within their jurisdiction.

But after a hearing in which justices strongly suggested their support for city and county discretion, patients and dispensary operators are bracing for the worst.

The court’s decision centers on the city of Riverside’s ban on dispensaries. Its ruling will determine whether some 200 cities and counties can enforce similar prohibitions, and additional jurisdictions also are waiting for the court’s ruling before taking up restrictions or outright bans on the shops.

“The judges’ questions to our attorney were rapid fire and very grilling. It seemed to me the questions to the opposing attorney were just kind of puff balls. I thought it was not particularly fair,” said Lanny Swerdlow, founder of the Inland Empire Patients Wellness Center, which challenged Riverside’s prohibition.

“They need to understand that if they allow cities to ban, they’re going to make it very, very difficult for patients to obtain their medicine.”

“Every form of regulation necessarily includes a prohibition,” he said.

“The core of this case to me is really land use regulation, zoning ordinances and the authority that’s historically been vested in the municipalities for land use purposes,” she said.

“The Legislature knows how to say, ‘Thou shalt not ban dispensaries,’” he said. “They didn’t say that.”

Nick answered that the preamble to the Protection Act does declare a wish to enhance access to medical marijuana and secure uniform application of the law.

Four years ago, Pace says, his one remaining kidney started to fail. His doctors wanted him to start dialysis.

Instead, Pace started taking a tincture of THC, the main intoxicant in marijuana. Pace said his formula removed those intoxicating properties while leaving the marijuana’s anti-inflammatory qualities intact. Today, his kidney function is considered normal, even for a person without his disease. He said he no longer needs potent painkillers to counteract the symptoms of nerve damage associated with AIDS, and has dropped some 20 additional medications as well.

But in downtown Riverside recently, city residents said the Supreme Court should let authorities protect the civic health of their community, as well.

“People get prescriptions whether they really need them or not,” said Edward Adams, who worries a proliferation of dispensaries may make Riverside less safe for his three children.

“You’ll see paraphernalia and stuff in the parks. It just makes this stuff more accessible, and I’d rather not have that.”

Wanda Grant, 70, said her son-in-law’s brother has a prescription, although he seems perfectly healthy to her.

“Whether it’s alcohol or drugs, it’s just too easy to get addicted,” she said. “We just don’t need marijuana to be so easily available.”

Pace said the answer to such perceived problems is systematic and even-handed regulation, not prohibition.

In addition to the Riverside case, the Supreme Court has agreed to weigh the merits of litigation between the city of Upland and a medical marijuana cooperative that is city officials closed for violating their zoning ordinance.

The lawyer representing Upland in that case, T. Peter Pierce, attended last week’s hearing and believes the justices were leaning in favor of Riverside’s position.

“If the policy goal is to provide as much access as possible to individuals who are ill and really need medical marijuana, the legislature could say, ‘cities, you have to allow at least one dispensary,’ or ‘You’re not allowed to adopt this type of regulation,’” he said.