In the Central Valley, organic farming is slowly taking hold 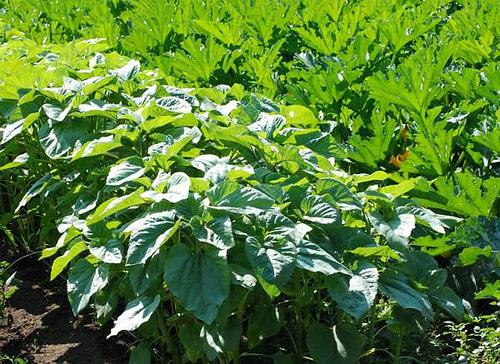 Organic. Could a more polarizing word exist in agriculture today?

For some, organic means safer, more nutritious food and environmentally-friendly farming practices. For others, the word ‘organic’ brings to mind extensive, unnecessary regulations, or wealthy consumers willing to shell out top dollar at their local farmer’s market.

Organic products are generally defined as food grown without the use of toxic chemicals or any genetically modified organisms (GMOS). While the debate continues over whether organically grown food is healthier – a recent Stanford study indicated that there was little nutritional difference between organic and conventionally grown produce – there is evidence that growing organic food is more beneficial for us, and the planet.

Critics have assailed the Stanford study for failing to address the side effects of pesticides in foods, which have been linked to cancer and higher risk of ADHD for children. Scientists also report that organic farming is much better for the environment, and safer for farmers, agricultural workers and surrounding communities.

Still, organic farms and ranches in California are mainly concentrated in coastal areas, like near Chico and Santa Cruz. In the vast agricultural belt of the Central Valley, where almost half of the produce in the U.S. is grown, most farmers are still using traditional growing methods.

Recently, though, that seems to be changing.

In the last few years, more and more growers in the Central Valley have been switching to organic farming practices – for at least a portion of their crops. Though the state doesn’t keep exact numbers on the number of farmers who have ‘gone organic,’ data collected by the California Department of Food and Agriculture from 2005-2009 indicate that the number of organic growers in the valley has steadily increased.

“A lot of it has to do with stewardship of the land; people who are really wanting to do the right thing for their property,” he said. There have been problems with pesticides polluting groundwater, a precious resource in California, which may have influenced some farmers to make the switch, Pelican said.

Over lunch in a small diner in Hughson, a tiny farming town east of Modesto, Victor Martino said he’d noticed the shift as well.

“Originally, it was only a few quasi subculture farmers who got into the organic business,” he said. “Now, there are big organic companies. Things are changing quite a bit.”

A second-generation farmer, Martino and his family run Bella Viva Orchards, which he named after his two daughters. He began growing certified organic food in 2004, when he noticed the demand increasing at the Bay area farmer’s markets where they sell their goods. Martino specializes in dried fruits, and grows peaches, nectarines, apricots, cherries and almonds, using both organic and conventional methods.

Certified organic food doesn’t necessarily mean there are no pesticides used, he said; it means farmers used non-synthetically manufactured pesticides. These tend to be more expensive, and less potent, so they have to be applied more frequently. Still, despite the difficulties, going organic has its financial benefits. “The demand is there, and its increasing,” Martino said.

Another local farmer, Sebastian Cipponeri, uses an integrated pest management system, which includes techniques like insect traps, instead of conventional pesticides. Cipponeri grows everything from vegetables to stone fruits like apricots and nectarines on his 600 acres in Merced and Stanislaus counties. Lately, he has been contemplating making the shift to organic growing methods.

At his fruit stand in Turlock, Cipponeri took a poll of their customers, and most people said they wanted organic products. “I was surprised,” Cipponeri said. “They’re trying to get on the bandwagon, locally.”

One thing that has helped more growers feel comfortable dipping their toe in the organic market is that the United States Department of Agriculture (USDA) has registered a wide variety of “safer” chemicals as organic, Cipponeri said. “We’re still waiting to see if a few other chemicals will get registered as organic, to make it easier. I want to go in that direction, but it’s difficult to jump in.”

In Modesto, Lisa Gage runs an online almond-selling business with her husband and brother. They began selling raw almonds and organic almonds about three years ago, and have a lot of customers on the east coast, she said. Lately, the online competition has increased, she said.

While Gage and her husband prefer organic products for health reasons, she believes the reason why more farmers in the region are motivated to grow organic is because of the higher prices they can get. In terms of their personal shopping, “we buy organic whenever we can, but because it’s so expensive I usually don’t,” Gage said.

Though farmers can earn more by selling organic food products, going organic is not a simple decision. In addition to the cost of using specific registered pesticides, becoming a certified organic grower takes three years, and farmers have to find organic handlers to come in and process their crops. They are also required to create buffers between neighboring farms to avoid chemical drift. Tim Pelican, the deputy agricultural commissioner, said that growers often start and then drop out of the process, but new people always take their place.

“The whole use of pesticides is changing really rapidly, especially because of the water issue,” Pelican said, “so that may be why more people are going organic. It has a lot to do with the market too. If there’s more of a market for organic products, then more people are going to do it.”

In the Central Valley, organic farming is slowly taking hold