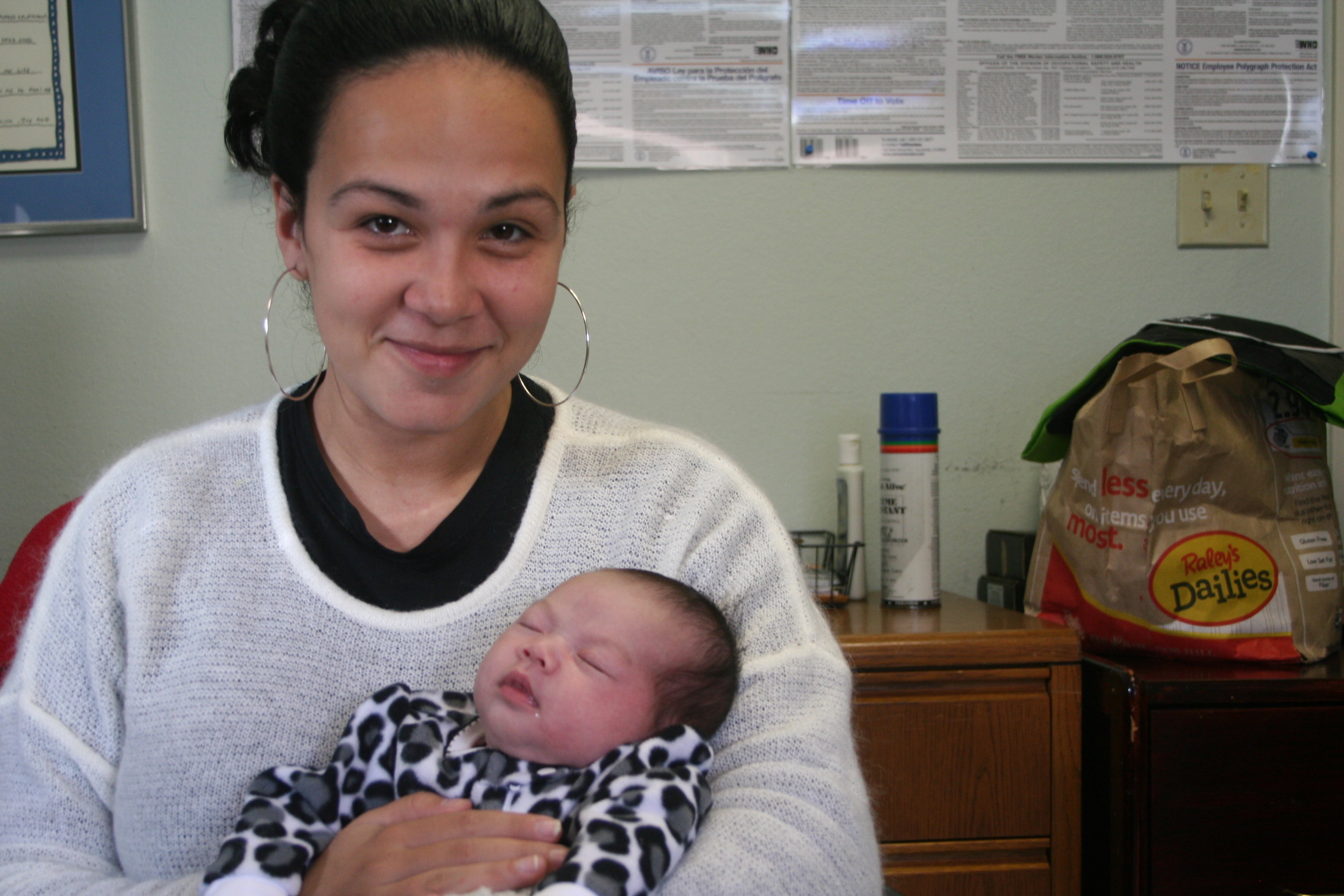 Mia, 3 weeks old, took up only a tiny corner of a bed in the emergency family housing of SHELTER Inc. in Martinez. Her room, shared with her mom Christine Zavala, was small and furnished only with necessities – a place to sleep and store clothes and formula. But the room, like the shelter itself, was clean, warm and surrounded by social supports – nine other families and a dedicated staff. Zavala was grateful to have it.

Emergency shelter is an hard need to meet in Contra Costa County, which has only two family shelters – one at SHELTER Inc. in Martinez and another at GRIP in Richmond. Until recently, they focused only on meeting the most pressing needs of their clients. But now, both programs, with funding from First 5 Contra Costa County, have started to include services aimed at setting very young homeless children like Mia on the path to a better life.

Zavala came to the shelter just before giving birth, referred by a treatment program that helped her overcome an addiction problem. Before the treatment program, she was homeless. “I had nothing for my baby,” Zavala said. “Nothing. Absolutely nothing.”

Family emergency shelters once would have focused on her most immediate need – housing.

“They are in crisis,” said Sharon Bernhus, Residential Services Director at SHELTER Inc., of the families who find their way to the Martinez facility. “They’ve been sleeping in cars or outside.” Typically their clients are referred, like Zavala was, from other county service providers.

First 5 of Contra Costa County stepped in when the budget crisis threatened funding crucial to the shelters in 2009. They gave enough money to fill the gap left by the budget cuts, but their grant also encouraged the shelter to make some changes to better serve the children who pass through their doors. In addition to the parenting classes and tutoring, the shelter now has two new play areas for children, one in the common room and one outside.

Very young children were once thought to be passive observers who lacked the ability to understand what’s going on around them. Research in childhood development over the past decade has shown that young children are in fact very actively processing their surroundings and circumstances.

“Young children are deeply affected by stress in the family,” said Sean Casey, Executive Director of First 5 Contra Costa County, “especially extreme levels of stress. Infants and toddlers are not benign participants in life. What they process affects their health and development.”

Mothers and fathers who find their way to the shelter may lack confidence in the roles as caregivers because they feel like they’ve failed at their most important job – giving their kids a home, said Bernhus.

The parenting program, called Triple P, helps them to make daily life more manageable, by planning in advance for realities like bored kids and intervening productively when a child is misbehaving.

“It’s really intense,” Zavala said of the program. “It deals with all aspects.” She’s learned about setting rules and boundaries and making kids have planned activities. She’s already put these skills to use at the shelter. “All moms help each other out with children.”

“The most important thing in development is a strong attachment to a primary caregiver,” Casey said. Without that bond, he added, children are at risk for delayed development and behavioral problems. “We want them to feel like they have the confidence and skills to be good parents.” Concrete instruction significantly increases their confidence, Casey said.

The parents who come to the shelter tend to be very young and have little experience with the basics of housework, like cooking and cleaning, Bernhus said. Those skills, like their parenting skills, must be learned.

Armed with their new knowledge, parents like Zavala set their own goals for life after leaving the shelter, and SHELTER Inc. offers a year of counseling and case management to help them achieve their vision. Zavala plans to spend her year in transitional housing becoming an EMT.

Another young mother at the shelter, Kelsie Riley, aged 22, hopes to go to Diablo Valley College as part of her long-term plans. Her short-term plans include attending the Triple P parenting class. She recently regained custody of her 14-month-old daughter, who was removed from her custody and placed in foster care when Riley was homeless and living in a truck.

“I didn’t have stable housing,” Riley said. “I was really angry.” She grew up in an abusive home, and her healing started in the drug rehab program she completed just as she found a place at the shelter. “Because I got the help,” she said, “I was able to cope and learn to love my child.”

“It’s easy to make assumptions about what parents need,” Bernhus said. That makes it doubly important to let clients express their own needs. “If they are worried about losing their child,” she explained, “they won’t be able to engage in other pursuits.”

After their stay in the shelter, most of their clients move on to transitional housing, where they can make changes important to their long-term stability, like finishing their high school educations, going onto college or other training and finding jobs.

The demand for emergency housing services is so tremendous that SHELTER Inc. no longer has a waiting list for families. Instead, they fill slots as they become available, finding a place for the lucky few who are referred shortly before a vacancy and focusing on sheltering families with very young children who would otherwise have to sleep outside.

SHELTER Inc. places about 90 percent of the families they serve at the emergency shelter in transitional housing at the end of their stay, typically 90* days, a placement rate about three times that of emergency shelters nationally, said SHELTER Inc executive director Tim O’Keefe.

The emergency family shelter, where almost every family has their own room (sometimes single moms with infants are placed together) often surprises new clients, he added.

“I’ve been in a shelter where we have been living in tents,” Riley said. “This is one of the nicest shelters I’ve been too.”

*An earlier version of this story said that clients remained at the shelter for 30 days.