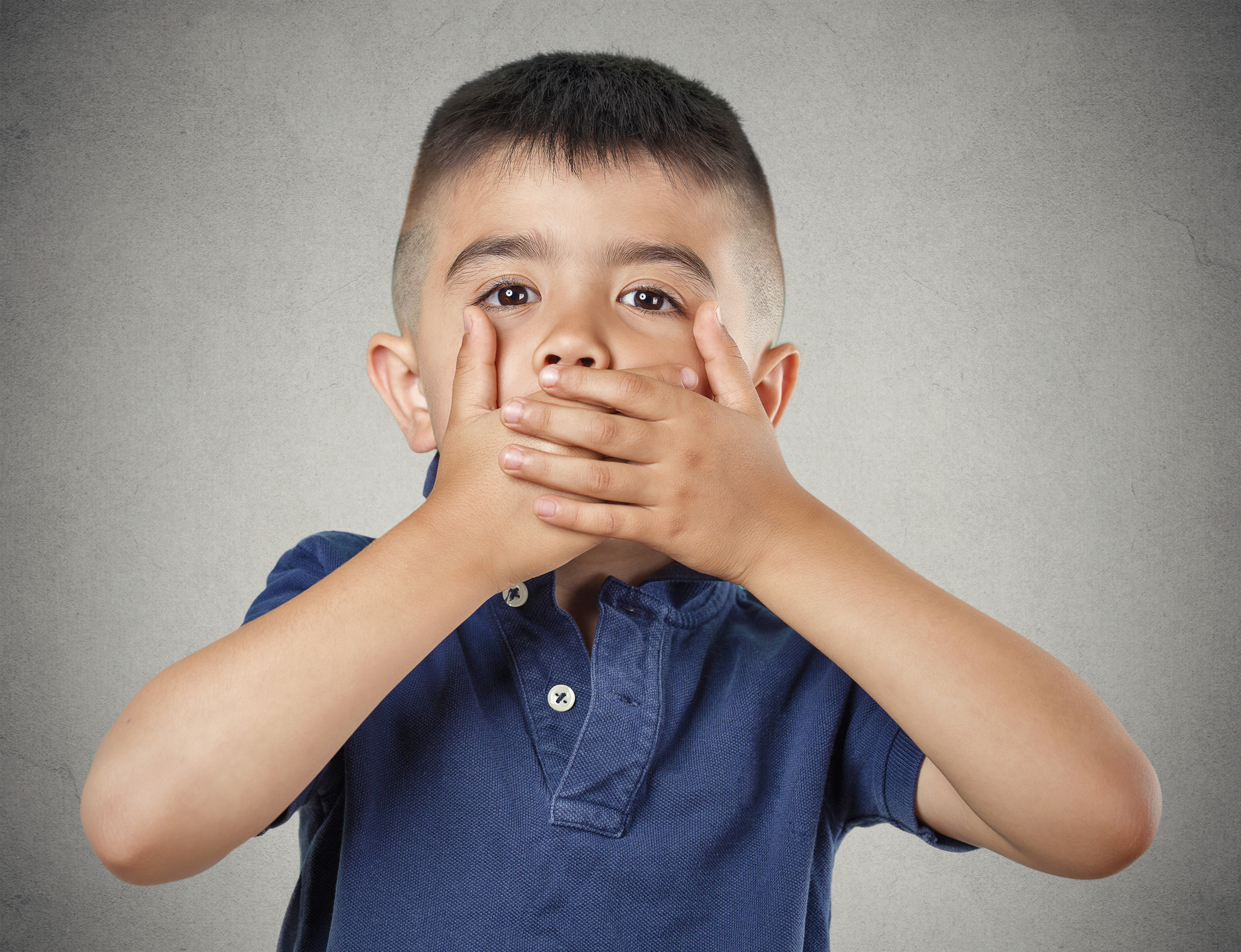 When her toddler twin boys wouldn’t react to basic discipline, time-outs or even spankings, Stephanie Tobin assumed they were just exceptionally strong-willed.

But other things they did puzzled her. They didn’t like going into grocery stores, because they were frightened by the loud noises over the PA. When a preschool teacher led an activity, they sat with their backs to her and the other kids, each one playing quietly by himself.

It wasn’t until they were five and a half years old that a school psychologist discovered the boys had autism.

More children than ever before are being diagnosed with autism, a developmental disorder that impairs the brain’s ability to build communication and social skills, according to a report released last week by the Centers for Disease Control and Prevention. Autism has been detected in about one in 88 children, a 23 percent increase from the CDC’s last count in 2006 and almost double the number of diagnoses found ten years ago.

Experts believe better screening and growing public awareness about autism are driving the steady increase in diagnoses. Still, some say too few doctors – only 40 percent according to a 2008 survey – are screening for autism, leading to delays in diagnosis and treatment for many children.

The earlier a child is diagnosed and treated for autism, the better, according to several autism specialists.

“The brain is still developing in very young children. The earlier we can start building those appropriate connections in the brain, the better the outcome will be,” said Aubyn Stahmer, research director for the Autism Discovery Institute at Rady Children’s Hospital in San Diego.

While the latest CDC study shows an increase in children younger than three being diagnosed, the average age of diagnosis is 4 and a half. The first observable signs of autism, such as a lack eye contact or response to their own name, can start emerging in children between 12 and 24 months, said Paul Carbone, a spokesman for the American Academy of Pediatrics and a professor of pediatrics at the University of Utah.

Though there’s been an explosion of public and private autism services and institutes over the last decade, the CDC study shows there continue to be disparities in autism diagnoses between different states and ethnic groups. On the low end of the scale, Alabama showed one in every 208 children was identified as autistic, compared with one in 47 children in Utah, the highest count among the 14 states surveyed in the CDC report. Among ethnic groups, white children were more frequently diagnosed with 12 per 1,000 being described as autistic compared with 10.2 per 1,000 black children and 7.9 per 1,000 Hispanic children.

Experts believe there are fewer diagnoses among minority children because of difficulty accessing health services or a lack of widespread autism screening by pediatricians. However, the latest study shows the gaps in diagnoses between white and minority children closing. Diagnoses for Hispanic children have jumped 75 percent since 2006, the biggest increase among all the groups. The study also showed a 35 percent increase in diagnoses among children considered to have average to above average intellectual abilities because of IQ scores 85 or higher.

“Traditionally minority kids don’t have as much access to care so it’s good that we’ve been increasing identification in these populations. It doesn’t mean there are more cases but it shows that we’re getting better at picking up on the disorder and we’re also getting better at picking up milder cases of autism,” Stahmer said. “I think people are becoming more aware and I think more pediatricians are willing to make a referral.”

In 2007 the American Academy of Pediatrics began asking pediatricians to regularly screen for autism as children turned 18 months and two-years-old. One of the more popular screening tools is a questionnaire given to parents that’s available in 20 languages and takes about five minutes to fill out, Carbone said. Before the academy’s screening recommendation, a survey showed only eight percent of pediatricians were checking for the disorder. Since then about 40 percent of doctors are routinely looking for autism, according to a 2008 survey, Carbone said.

“The uptake (of autism screening tools) has been admittedly slower than we hoped for but I think we’re moving in the right direction,” Carbone said.

He said doctors’ reasons for skipping autism checks include a lack of familiarity with the screening tools and with autism specialists to refer patients to. Pediatricians also felt there wasn’t enough time to add one more thing to dozens of pediatric check-ups.

“When there’s a very busy practice with patients coming in and out it’s a very fast-paced environment. Trying to add something into that system is like trying to fix a bike while you’re riding it,” Carbone said. “It’s not a process that happens overnight.”

He said parents also play a big role in helping to identify autism since they are the ones informing doctors if their child is or isn’t meeting developmental milestones such as beginning to babble around four months or starting to play with other children around age two.

Because diagnosing autism involves observing and correctly interpreting a child’s behavior, experts say it is far from an exact science. Much about the disorder remains a mystery, including the cause. As researchers glean more insight into the disorder, it’s medical definition is continually being revised. Previously, only children with severe language delays and repetitive habits were considered autistic. Diagnoses are now given to children with various conditions ranging from severe to mild, including Asperger’s syndrome.

Now medical officials are proposing new changes to doctors’ manual for diagnosing autism that would simplify and narrow the definition of autism.

“We’ve heard a lot of concern from parents that the proposed changes in the DSM (autism criteria) would make their children no longer eligible to receive services,” said Jon Baio, an epidemiologist with the CDC and principal investigator on the Autism and Developmental Disabilities Monitoring Network.

Researchers have been trying to find more objective methods for detecting autism, such as analyzing a blood sample or checking for a genetic marker for years. This would make diagnosing autism a more straightforward process and probably lead to earlier detection among children, according to several autism experts.

But regardless of when autism is found, doctors say an array of therapies can help develop a patient’s language, motor skills, and abilities to solve problems and interact socially.

Like many autism centers, the Autism Discovery Institute at Rady Children’s Hospital specializes in both diagnosing and treating patients with autism.

One half of the building is filled with patient evaluation rooms and the other is Alexa’s Playc, a preschool with class ratios of two normally developing kids to every autistic child. Like most preschool classrooms, the walls of the “dolphin” room (three to five-year-old students are the dolphins) are papered with art: finger-paintings of blue fish, drawings of Dr. Seuss characters and a giant rainbow built from construction paper confetti.

Even the most basic activities, such as painting a picture, usually have an ulterior motive, said Sarah Denno, director of Alexa’s Playc. Teachers often set it up so that the students must share tools to complete the task at hand, pushing them to communicate and interact with their peers.

“Our kids that are on the (autism) spectrum don’t typically have challenges with academics or cognitive skills,” Denno said. “Their biggest challenge is that social piece. If we can give them skills they will need to function in a larger social environment, I think we’ve been successful.”

Christa Bailey said since her five-year-old son Nicholas started attending Alexa’s Playc he’s much more aware of his surroundings and others. As a toddler, Nicholas only wanted to play by himself and didn’t respond to his name.

“Now he looks for us to help him or to share something with us,” Bailey said of Nicholas, who was diagnosed with autism at age three. “He picks up on social cues better now. His language is becoming more appropriate with fun ‘typical kid’ statements like ‘Yay, I did it!'”

Click here to read more about the CDC’s autism report.